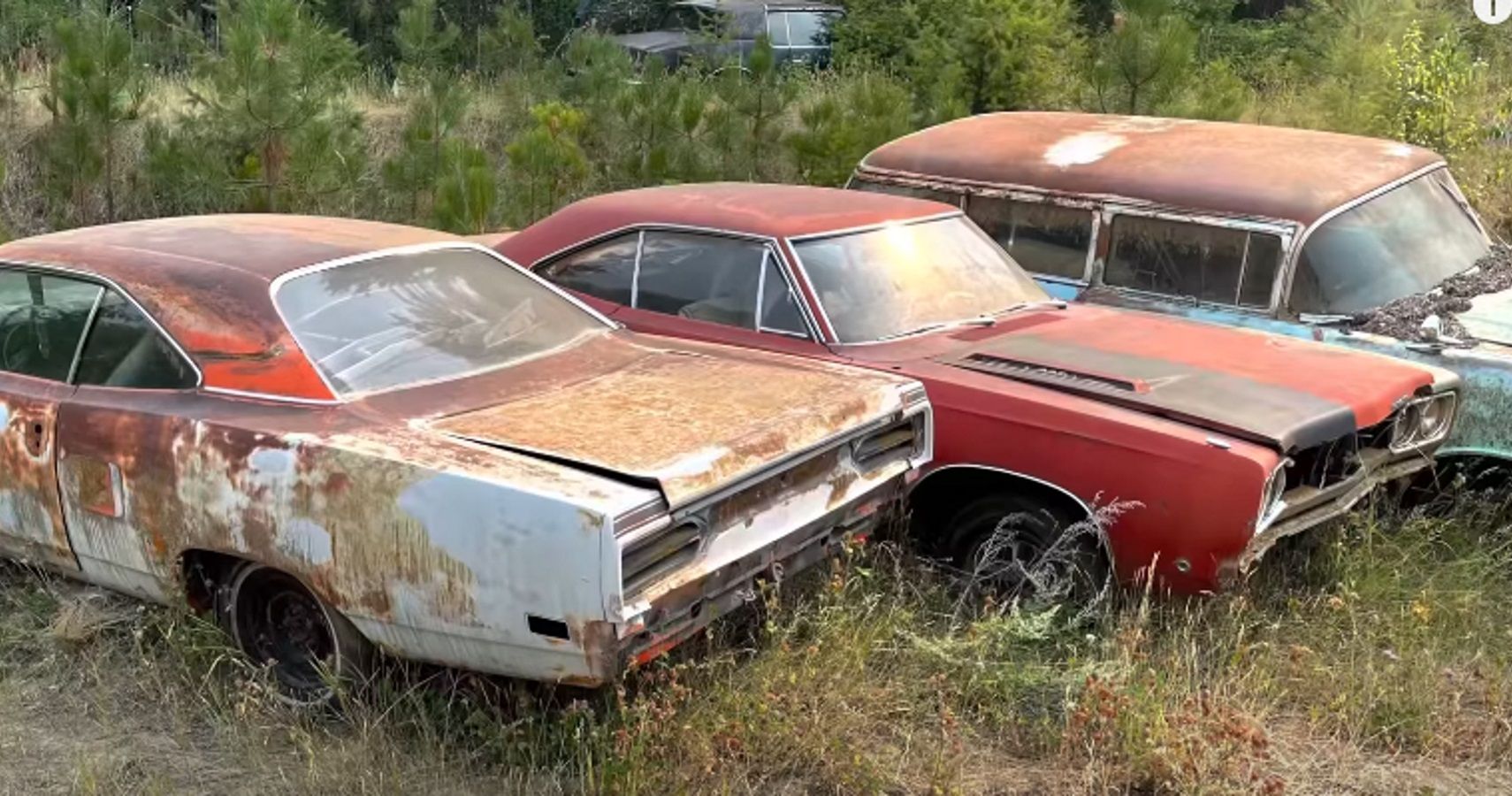 With many junkyards filled with rusty wrecks of once-great vehicles, Seattle-based YouTuber and car restorer DezzysSpeedShop discovers a collection filled with classic cars with some potential. In his latest video, Dezzy takes viewers to a dump in Idaho / Montana (he won’t be more specific on the location) where there are minimal corrosion and restoration opportunities. We don’t know if Dezzy’s “sadness” is due to his inability to turn one of these cars into a project or the likelihood of these classics continuing to deteriorate. At the same time, we see cars like an Oldsmobile Cutlass and an AMC Javelin that will never see the road again thanks to fallen trees.

Dezzy’s videos, which we’ve already covered, show off his ability to identify specific models and distinguish between model years. A glance at his other YouTube offerings shows his preference and familiarity with GM products, but Dezzy still knows his stuff with other Detroit classics.

RELATED: 10 Coolest Junkyard Project Cars You Can Collect For Under $ 5,000

The video opens with Dezzy’s excitement for a 1970 Plymouth Road Runner. As the exterior has seen better days, a close-up under the hood reveals a still intact engine bay awaiting the return of an engine. Legendary Mopar like the 440 cubic inch V8.

This Olds is an eye-catcher because it looks clean and in good condition at first glance. But, as Dezzy walks over to the other side, it’s clear the front end had a tangle with the top of a tree. The third generation Cutlass (1968-1972) was arguably the top of the model’s performance, as some variants (including the Vista Cruiser wagon) could be fitted with the monster 455 cubic inch V8 and the fourth generation went more towards personal luxury. .

Sitting next to the ’70 Cutlass is an AMC Javelin who suffered most of the damage from the fallen tree. It’s a shame because the car otherwise seems ready for restoration. The Javelin was one of AMC’s last cheers before it was acquired by Renault in 1979 (and finally by Chrysler a decade later).

Dezzy shows off his classic car identification skills as he stumbles upon a 1965 Chevrolet Impala. Not only does he spot the Super Sport variant of the vehicle, but Dezzy cites the original four-speed, small-block manual setup of this Chevrolet. Over a million Impalas were sold in 1965, but only about 77,000 were in SS form.

Further on, Dezzy stumbles upon a 1957 Chevrolet wagon. He quickly spots it as a standard two-door wagon, not the iconic Nomad version. A Nomad is easily identifiable by its B-pillar tilted relative to the vertical car-pillar in the video. But, nevertheless, this Chevrolet seems to be claiming a chance at a new life on the road.

What better way to prepare for winter than with this 1957 Chevrolet snowplow?

Whatever you expect from a classic 1957 Chevrolet, this is not it.