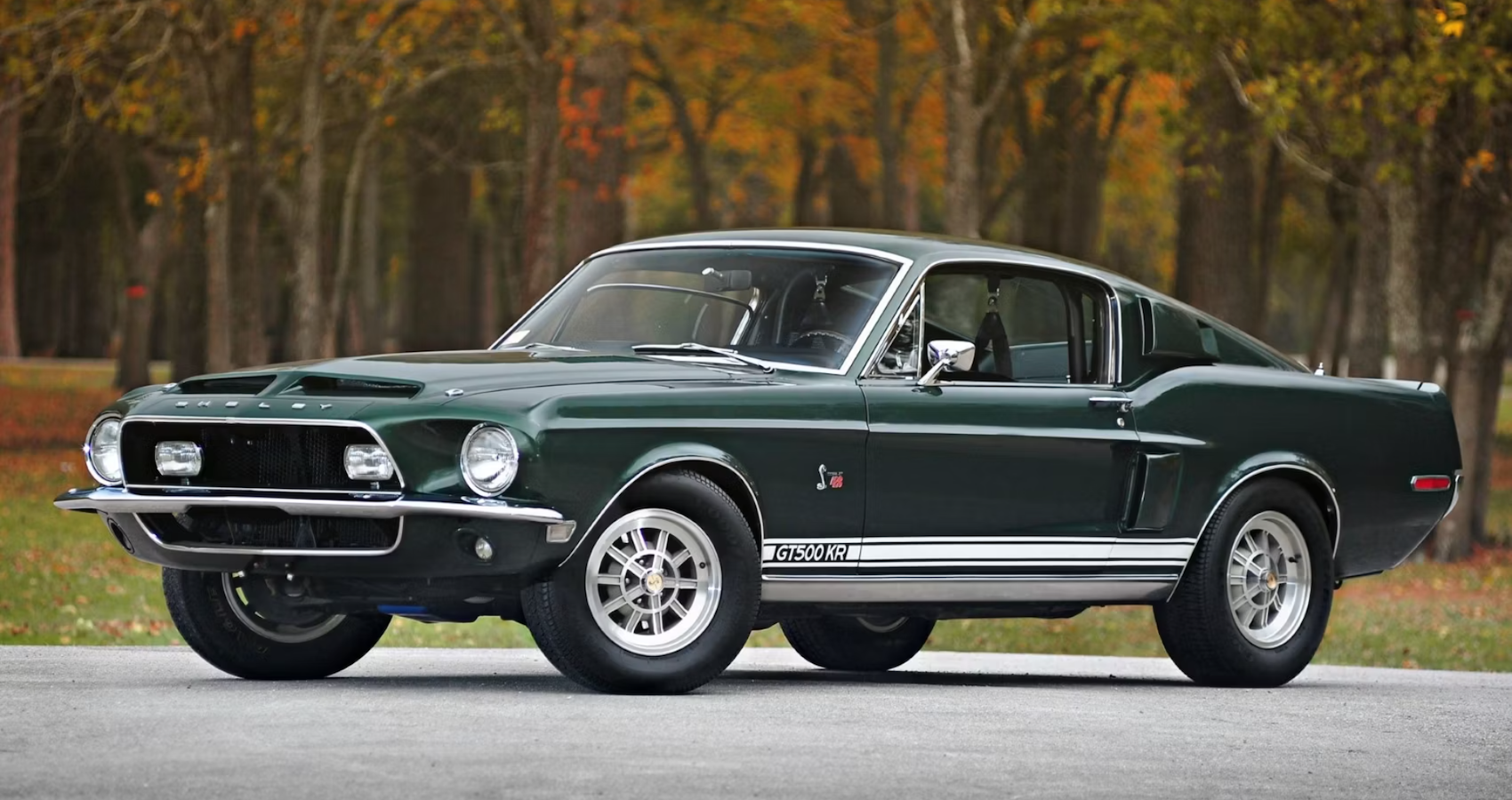 The evolution of the GT500 as part of a high-performance variant of the Ford Mustang goes something like this. The Mustang GT289 was introduced in 1964 as a coupe you could buy for its affordability and compact design, but not so much for its speed. The following year, Carroll Shelby followed the GT289 coupé with the racing GT350. It was in 1965 to be precise. About two years later, Carroll Shelby upped the ante with the Shelby GT500. It wasn’t built track-ready like its immediate predecessor, but it did pack a gigantic 428 cu in (7.0 liter) V8.

Introduced in 1967, the GT500 spawned a series of iterations that you’d be luckier than a horseshoe to lay your eyes on in real life, including perhaps the iconic GT500 Super Snake. Only ten Super Snakes were built from donated GT500s, each totaling 650 horsepower, a race-bred 427 FE mill derived from the GT40. Guess what? Ordinary people were not so fond of such a monster. Last we checked, a 1967 Super Snake sold for $2.2 million at Mecum’s Kissimmee auction.

But Carroll wasn’t finished. In 1968, the Maverick wowed the muscle car scene with a Cobra Jet V8-powered GT500, less powerful than the original GT500’s 355-hp 428 FE, but actually a more powerful mill; the king of the road. The “King of the Road” designation was an intrinsic difference between the GT500 and the GT500KR.

Related: Here’s How Much A Classic 1967 Shelby GT500 Is Worth Today

Shelby GT500 KR: The one true king worthy of our love

The GT500 and GT500KR were basically the same except for what was under the hood, but enough to tell the difference between king and regular. Besides the real power of the updated GT500, the moniker for King of the Road, was a clever, if not evasive, marketing move by Carroll Shelby in response to news that GM’s Chevy was planning to “crown” the 1968 Corvette King of the Road.

A preemptive copyright search revealed that neither the “King of the Road” clause nor the “KR” abbreviation had been asserted, giving Carroll the impetus to do the needful. And so the Shelby GT500KR was crowned queen of the road, with decals, stickers, photos and graphics decorating the throne. The real question is whether the GT500KR deserves this title, even if they were beasts discovering their place in the food chain.

It is not uncommon for kings to have precursors. The 1967 GT500 did this job spectacularly beyond the 400 cid threshold, powered by a detuned 427 cid racing mill and the phenomenal 428 cid Police Interceptor V-8. They helped drape a regal dress over the Blue Oval via multiple NASCAR and drag-strip trophies which unfortunately didn’t include street racing. Compared to GM’s dragstrip muscle like the 1967 Dodge Coronet R/T and 1963 Plymouth 426 Wedge, Ford’s ponies were heavier and less powerful.

But the Cobra Jet-powered 1968 GT500 told a different story. The cylinder heads and intake manifolds were borrowed from the Le Mans champion 427 “Side Oiler”. On paper, the mill could produce 335 horsepower, suggesting it was slower than its predecessor. It was an impractical joke for the insurance companies because, in fact, KR has some awesome “street manners,” thanks to the street-tuned 3.50:1 rear end; a 4-speed Toploader manual transmission capable of taking the King from a standing position to 60 mph in 6.5 seconds, which is no small feat for this era.

Introduced as a replacement for the 1968 GT500 mid-year, the KR was the face of Ford’s new 428 Cobra Jet which became available around this time. Previously, Shelby Mustangs featured a modified version of the 428 known as the Police Interceptor. Cosmetically, the GT500 was prettier, thanks to the factory Cobra oval air cleaner, as opposed to the king’s stamped-steel air cleaner and snorkel. But it also meant that KR had an efficient ram air system and an underhood plenum not available in the GT500.

As you know, the ram air intake system improves performance by increasing the weight of air in the engine at high rpm, otherwise engine power could be reduced. The system works by reducing the intake air velocity by increasing the cross section of the intake duct. More so, the King’s CJ Mill used a different crankshaft, cylinder heads, camshaft and connecting rods. Where was the GT500 engine”lifted » from full-size Fords, the Cobra Jet V8 was purpose-built.

The exhaust system is another feature of the GT500KR that won us over. It featured a larger exhaust system which improved its performance over the previous 1968 Shelby GT500s.

It’s common for Shelby enthusiasts to insist that the CJ and Police Interceptor are equal, which is fair enough, but the KR is definitely a faster GT500, which is why gearheads like it more . Beyond the powertrain, Ford introduced other subtle tweaks to ring the king’s fingers, the most obvious being the jettisoned Microgramma Extended, the iconic tape-printing font first seen on Shelbys. from 1965. Apparently the original font would not have matched the longer title of the king. In fact, the Shelbys of the 1969s and 70s featured a further revised font.

Ford also introduced more subtle ways to separate the King from previous GT500s, such as the gas cap emblem that identified its Cobra Jet engine, while the GT 350 and 500 featured “Shelby Cobra” caps. The most obvious of these revisions is quite possibly the new fender badge announcing the 428 Cobra Jet mill.