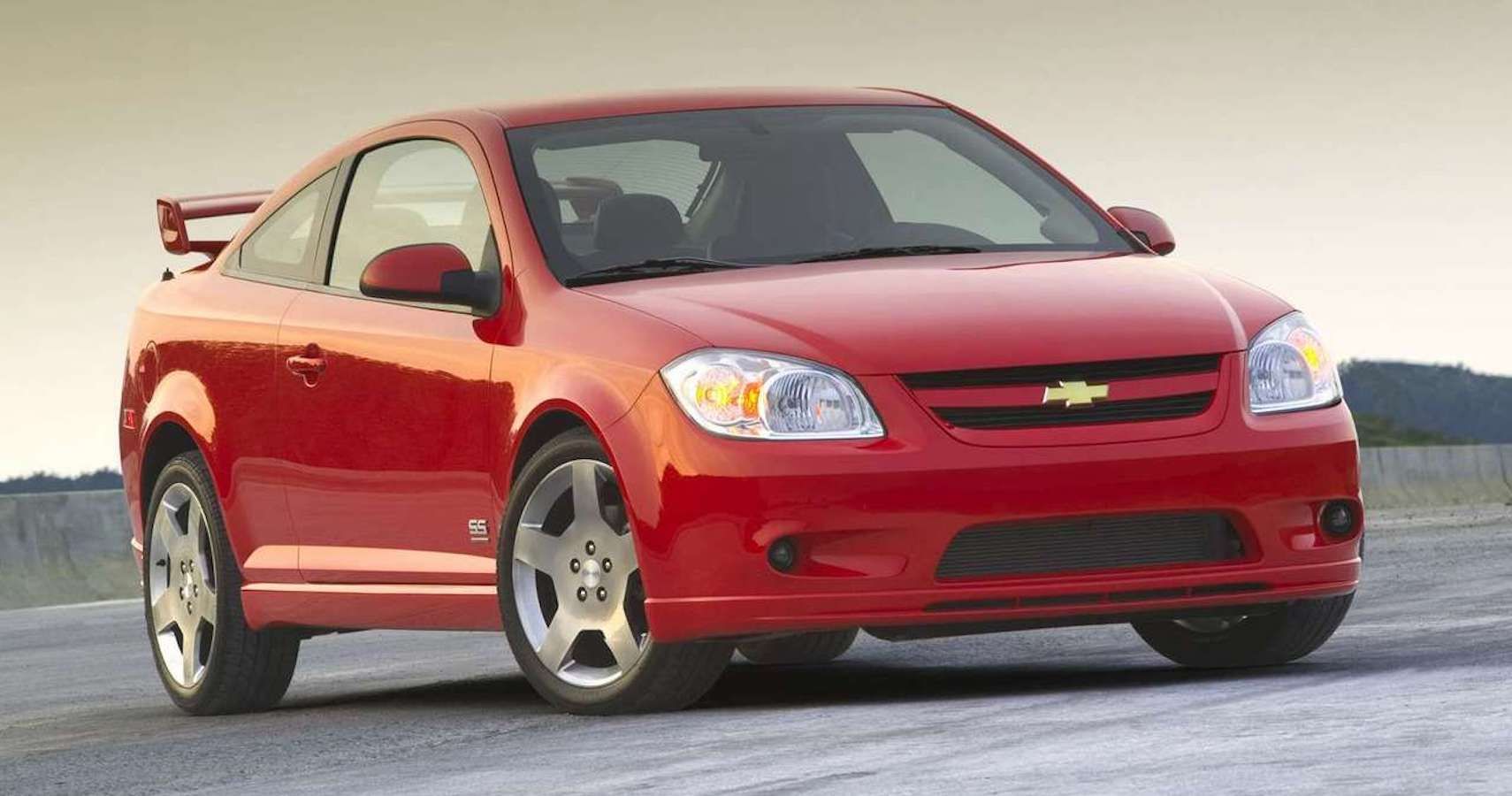 Why the Chevy Cobalt SS Turbo is America’s Ultimate Sleeper

In 2004, Chevy pitched the small budget Cobalt as nothing more than an affordable yet practical option for a market of people who just want to get from point A to point B. The design didn’t turn heads, and the quality and performance overall proved inferior to rivals of the time like the Toyota Corolla. However, Chevrolet blessed the Cobalt with the SS treatment, Chevy’s performance badge, indicating that the compact Cobalt might be much more desirable for car enthusiasts.

The SS variant of the Cobalt received some subtle tweaks to its exterior design, but generally looked a lot like its tame base twin. Inside, however, the Cobalt SS was a beast. Not only did it produce a lot more power, but it also felt like a track-ready car when it came to cornering.

RELATED: These Are The 5 Best Chevrolets Ever Made (And The 5 Worst)

The performance of Cobalt SS will blow your mind

The Chevy Cobalt SS was available in naturally aspirated, supercharged, and turbocharged versions. The turbocharged Cobalt introduced in 2008 is the most powerful and the best among the rest. Mated to the F35 five-speed manual transmission, the small 2.0-liter LNF Ecotec VVT engine is capable of developing 260 horsepower and 260 lb-ft of torque.

Additionally, the turbocharged Cobalt SS features both launch control and “no-lift shifting.” This item allows the boost from the turbocharger to be maintained during an upshift, as it allows the throttle to be wide open during the upshift.

Every detail of the car proves how serious the seemingly innocuous Cobalt SS is. Thanks to performance-oriented engineering, the turbocharged Cobalt launches from 0 to 60 MPH in 5.5 seconds and completes the quarter mile in 13.9 seconds, which is undoubtedly breathtaking for its class and age.

Also, as mentioned earlier, the performance capabilities of the Chevy Cobalt SS are not limited to straight-line acceleration. Thanks to the FE5 suspension and front and rear sway bars, this little beast feels quick and responsive in the corners. It grips incredibly well and allows for exciting maneuverability. Brembo brakes up front are also partly responsible for the Cobalt’s satisfying handling.

All of these factors, plus its weight distribution, helped the Cobalt SS record a Nürburgring lap time of 8:22:85, making it the fastest front-wheel-drive car on the track at that time. -the. This folder still rivals the most affordable sports cars on the market today.

RELATED: Ford Vs Chevrolet: Each Manufacturer’s 5 Best Cars (& 5 That Should Never Have Been Built)

Most people wouldn’t bother to look twice at the Cobalt thanks to its seamless exterior design resembling almost any mid-2000s mid-2000s budget car. The SS version, however, features integrated fog lamps, side fascias lowered and 18-inch forged wheels. But those features aren’t noticeable enough for most people to recognize this Chevy as a ballistic-fast car.

The lackluster body style is perhaps the top priority for those looking for a true sleeper; it surprises unsuspecting people as they try to figure out why such a normal-looking car would produce so much power.

Still, interior-wise, the SS badge provides a few features for the turbocharged Cobalt, like an A-pillar boost gauge and sports seats with Ultralux inserts. However, the rest of the cabin is relatively plain and cheap, which only adds to Cobalt’s sleeper status.

RELATED: It’s What Makes the 2022 Chevrolet Bolt an Affordable and Convenient EV

Turbocharged Cobalt is the best value

If you’re looking for a platform to build your ultimate sleeper on or just want an exciting yet affordable machine to have fun with, the turbocharged Chevrolet Cobalt SS will be one of the best options out there. This sporty compact Chevy won’t disappoint, considering how cheap they are.

Cobalt SSs are on the market anywhere between $6,500 and $15,000. Those that stretch beyond $12,000 usually have low mileage and are in excellent condition. You can easily find turbocharged Cobalts for less than $7,000 that aren’t kept in pristine condition but will serve the purpose.

Not only is the Cobalt SS Turbocharged cheap to get, but it’s also quite affordable to own and maintain. The 2.0-liter Ecotec engine has an acceptable fuel economy of 25 MPG combined, and parts aren’t too expensive to change or repair. It’s also a fantastic platform to modify and expand on, as the car is capable of so much more than it initially offered.

For its fun and power, the Cobalt SS is vastly underrated. It is certainly one of the best choices on the market for any car enthusiast who wants to enjoy its unique and accessible driving experience.

Yavar is an English translation student, writer and musician. He is deeply interested in music and musicality, philosophy, culture and car history.

GM and Honda will create “affordable” electric vehicles together