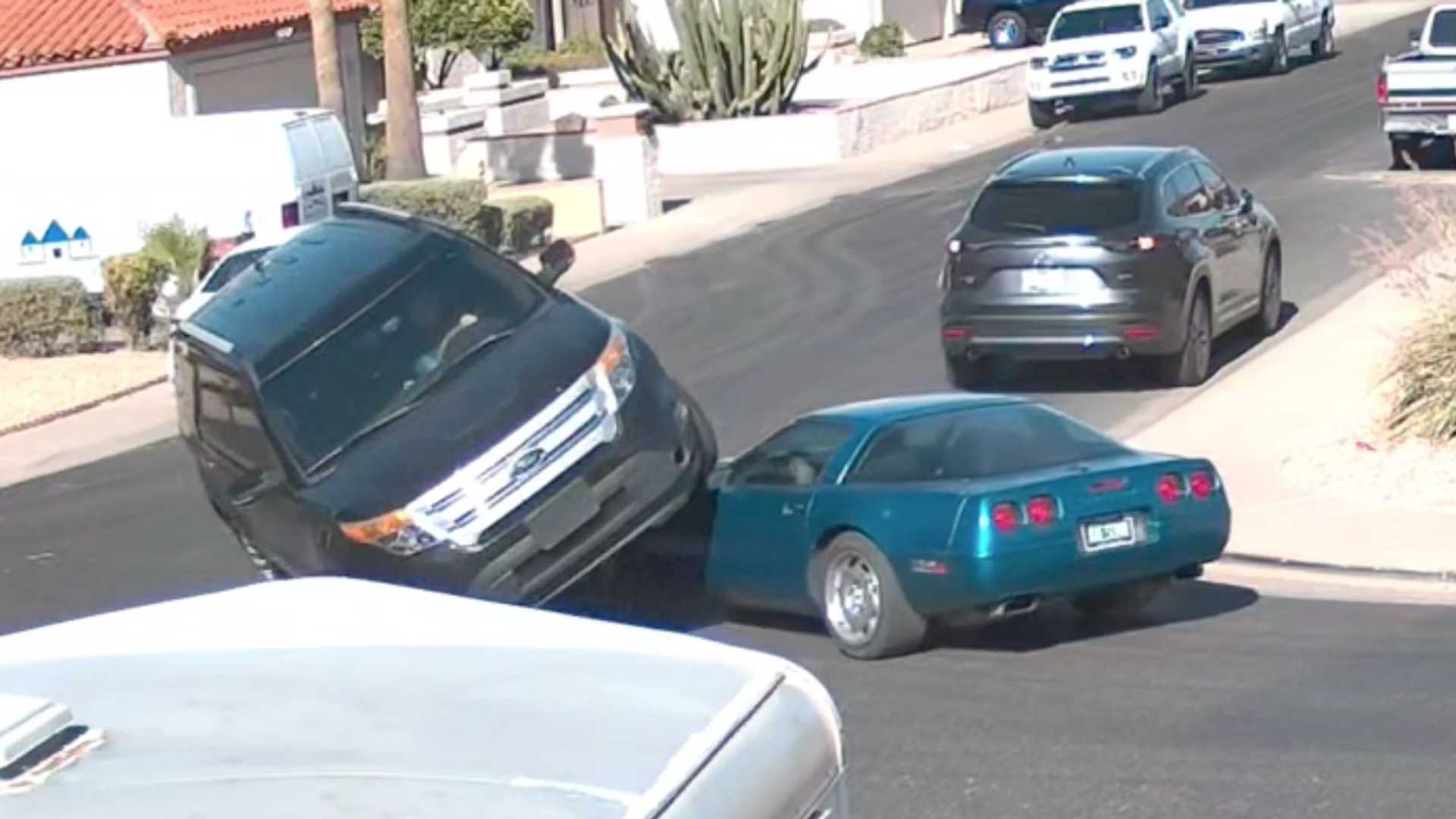 What could go wrong with slow driving on a sunny day in a quiet neighborhood? Apparently, you might be one of those drivers who took a low-speed crash course in California.

From a post on the aptly named Reddit thread Idiots in cars, the accident happened in Glendale. The video, which you can watch in the embedded post below or via the source link at the bottom of this story, showed a Ford Explorer hitting a Chevy Corvette C4 and literally rolling over the classic coupe. Talk about an SUV exploring land he has never seen before (pun intended).

It turned out to be a suspected case of distracted driving, which has caused countless accidents since the emergence of hand-held devices. You could clearly see the Explorer driver was on the phone and cutting the corner, missing the blue C4 Corvette from their sight.

In the meantime, it is important to note that the video has been slowed down by the video uploader. Some of the thread’s commenters pointed out that the sun was shining directly into the Explorer’s driver’s face, while others said that the thick A-pillar and huge side mirrors – both could have hidden the Corvette from the driver’s view. Others have pointed out that the driver of the Corvette was also partly responsible since the car did not slow down enough as it approached the intersection.

Either way, the accident could have been avoided if the SUV driver’s full attention had been focused on driving the vehicle. Even in low-speed collisions, an accident could still result in a lot of damage – in this case, because the driver was not looking at the road.

We have no information on the extent of the damage to the Corvette. But at first glance, it’s likely that the front bumper, lights, hood, all left side panels, left door and window, and targa roof – all need repair or even replacement.

What do you think? Who is responsible for this unfortunate incident? Let us know your thoughts in the comments section below.