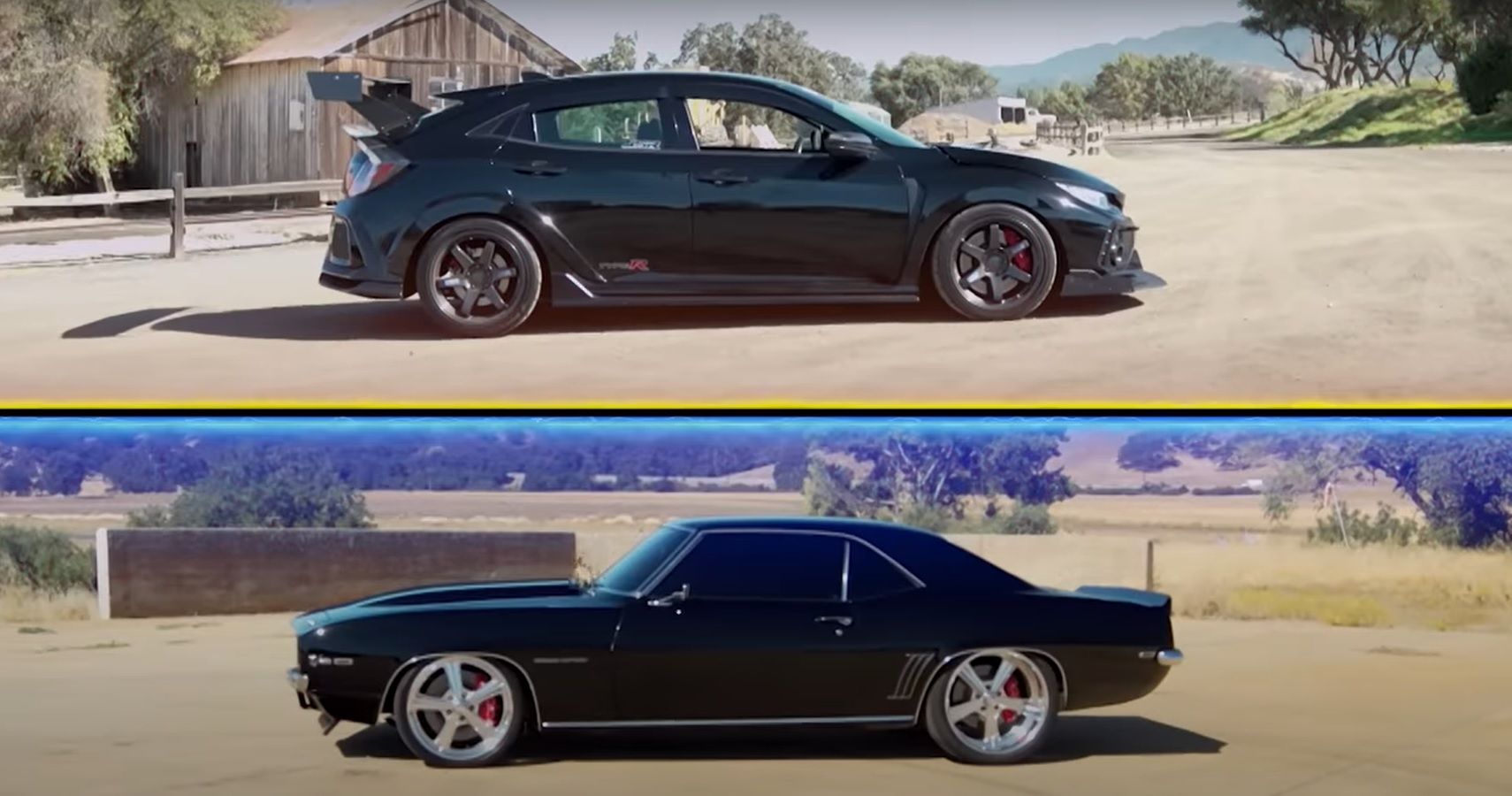 When it comes to automotive rivalries, one of the most famous is the JDM Vs Muscle car debate. Made famous by the last drag race of the first Fast and Furious movie, Paul Walker’s Toyota Supra challenged Vin Diesel’s 1970 Dodge Charger R/T in the 1/4 mile to see who is the best. Ever since then, car enthusiasts have wanted to know if Japan’s best can compete with quality American muscle.

Whether you’re a fan of JDM or muscle cars, Hoonigan’s latest video has a bit for everyone. They pit a next-gen Honda Civic Type R against a 1969 Chevy Camaro Z28 and it makes for one hell of a drag racing battle.

Start on Hoonigan’s Honda against the haters series, the two cars get a quick comparison. When you look at these two vehicles, they couldn’t be more different. The Honda Civic Type R is an FK8 (for all Honda fans) and produces significantly more power than the stock 306hp from its 2.0-liter turbocharged four-cylinder engine.

In fact, this example has around 550 hp on tap. Because it’s front-wheel drive, getting that much power to the front wheels without torque steering can be a challenge. It uses a 6-speed manual transmission.

RELATED:Things Don’t Go As Planned For This 1969 10-Liter Chevrolet Camaro

Switching to the 1969 Chevrolet Camaro Z28, the owner replaced the stock engine with a new 6.2-liter LS3 V8 from a Chevrolet Corvette C6. Not only that, but a massive supercharger helps the engine produce around 500 hp. Power is transmitted to the rear wheels via a 4-speed automatic transmission.

Just looking at the numbers, the Honda has a clear advantage with more power and less weight.

In typical Hoonigan fashion, the boys meet the owners of the cars before the race. Jake is the owner of the 2018 Honda Civic Type R. To bring the power up to 550 hp, Jake added some base bolts and a big turbo.

Hoonigan starts talking to Beto, who owns the 1969 Chevy Camaro Z28. You might recognize him if you’ve watched other episodes of Hoonigan. While Beto says the car makes 500hp, the guys don’t buy it and think it’s closer to 750hp.

Moving on to racing, the Camaro quickly pulls away from the Honda. Race two is better for the Civic, with the JDM barely winning. The Hoonigan guys added a passenger to the Camaro, which helped a bit.

On the final run, the Camaro pulls away once more. However, the Civic is starting to gain momentum. Unfortunately, that wasn’t enough to win the race. It just goes to show that the Civic is much better at higher speeds while the Camaro really shines from a dig.