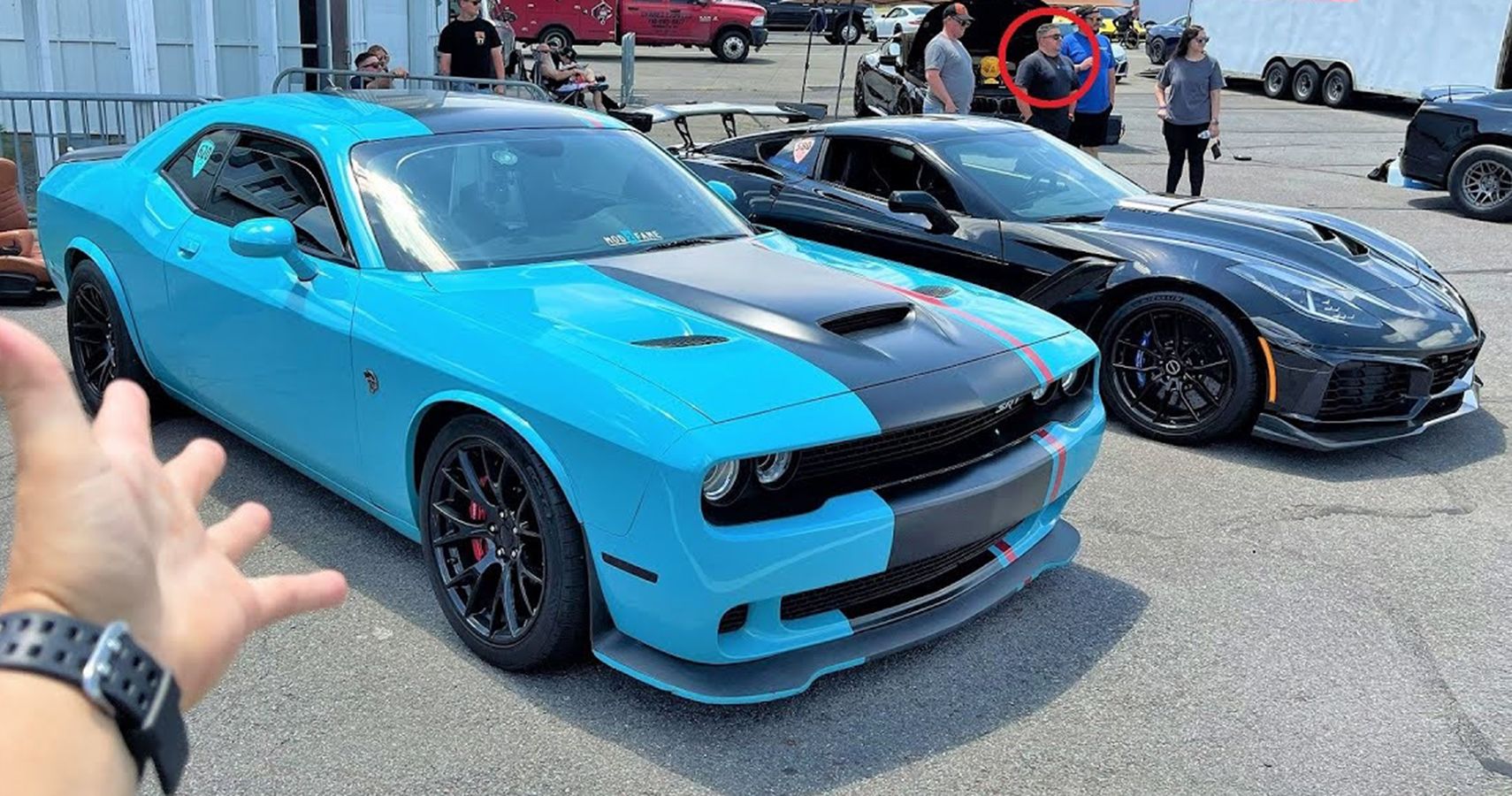 As far as American sports cars go, these two are some of the best as they go head-to-head on the race track.

Drag and roll racing has been an exciting and thrilling part of American automotive culture. So, people especially enjoy watching American supercars and muscle cars go head-to-head on the drag strip. This collaboration between Street Speed ​​717 content creators and Mod2Fame paid off in a showdown between their modded players.

In stock, a 2019 Chevrolet Corvette ZR1 would beat a 2019 Dodge SRT Challenger Hellcat Redeye in the quarter mile. Weighing around 3,600 pounds, a production Corvette ZR1 delivers 755 hp of peak power and 715 lb-ft of peak torque from its 6.2-liter LT5 supercharged V8 engine.

RELATED: The 2019 Dodge Hellcat Redeye Makes A Crazy 150 MPH DashA stock Challenger Hellcat Redeye offers more power at 797 peak horsepower and 707 lb-ft from its supercharged 6.2-liter V8 engine, but it’s also significantly heavier at around 4,500 lbs. This huge weight disparity seems to be the reason the Hellcat Redeye can’t hope to beat a Corvette ZR1 in a drag race.

However, the parameters of the race between Street Speed ​​717’s Corvette ZR1 and Mod2Game’s Twin-Turbo Hellcat Redeye have changed. Both cars recently received a power boost. The Hellcat Redeye now produces 1,300 peak horsepower and about 200 pounds lighter.

Raring for a run after a legend

On the other hand, the Street Speed ​​717 took a break from maintenance and upgrades to its Late Model Racecraft (LMR) Corvette ZR1 just to take it to the Race Motive. It now produces around 1000bhp of peak power after installing a race port fan and 120mm throttle body. Street Speed ​​717 was actually eager to try his luck against Mod2Game as the latter called him and had just defeated a 1200 horsepower car.

Eventually, the modified Chevy and Dodge lined up for a rolling 60 mph run. Surprisingly, the Corvette ZR1 accelerated faster from roll, leaving the Hellcat Redeye behind. This was a surprise since the Hellcat Redeye only reached 158 mph when it was capable of reaching 175 mph. By comparison, the Corvette ZR1 recorded 168 mph. Mod2Fame then responded to a comment on his Instagram post that his wheels were “spinning hard on the spot, but that’s racing.” Interestingly, Mod2Fame won the American Muscle class at the event.