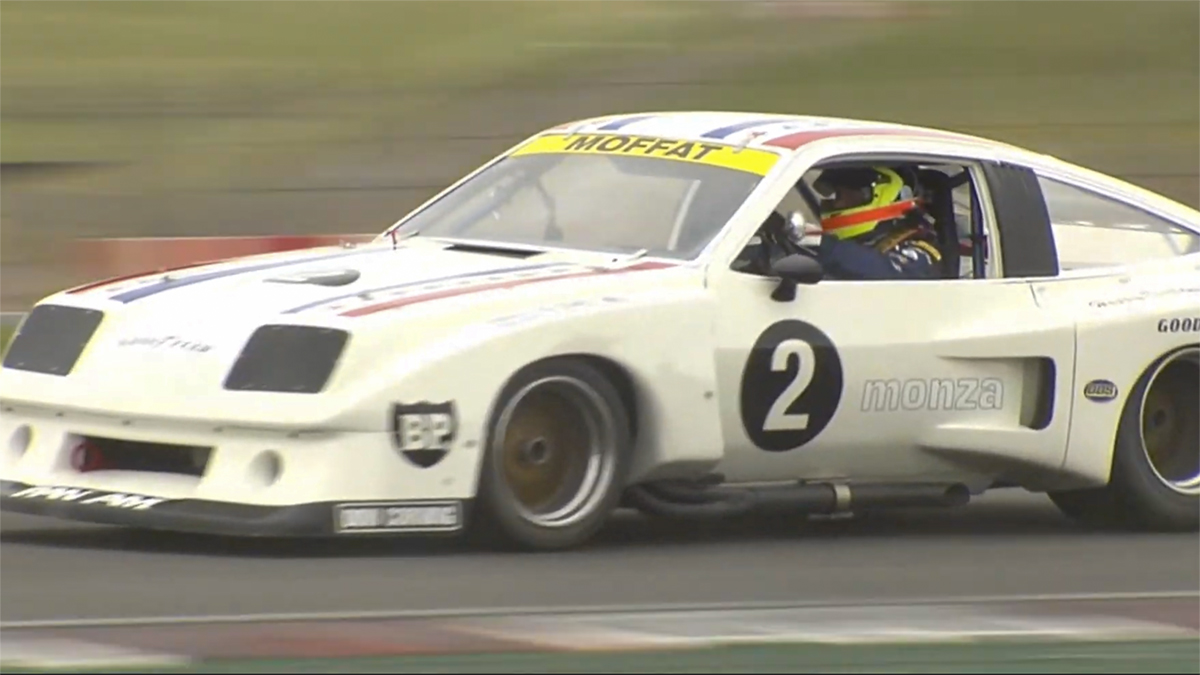 Ex-Allan Moffat Chevrolet Monza took to the track for the first time in the hands of new owner Zak Brown.

The Monza was one of the few IMSA-spec Monzas built by DeKon Engineering in the United States in 1975, and was campaigned by Moffat in a handful of IMSA races that year.

Moffat then bought the car and shipped it home. After a long debate over its eligibility, he drove it in selected events en route to the 1976 sports sedan title.

It only completed a handful of additional runs through Moffat’s hands before being sold, eventually returning to the United States in the 1990s.

Brown purchased the car in early 2021, adding it to his impressive collection of motorsport machinery spanning many different four-wheeler categories around the world.

The Monza was one of several Brown collections that was in action at Donington, joining one of the Williams FW07B chassis that Alan Jones raced for the 1980 F1 World Championship title and one of the Audi 200s Quattros which was banned from the Trans Am series in 1980s America.

Watch the full live stream of the event in the player below. Scroll to 2:51:00 to see the Monza in action!

Why Chevrolet is offering partial refunds to Bolt owners