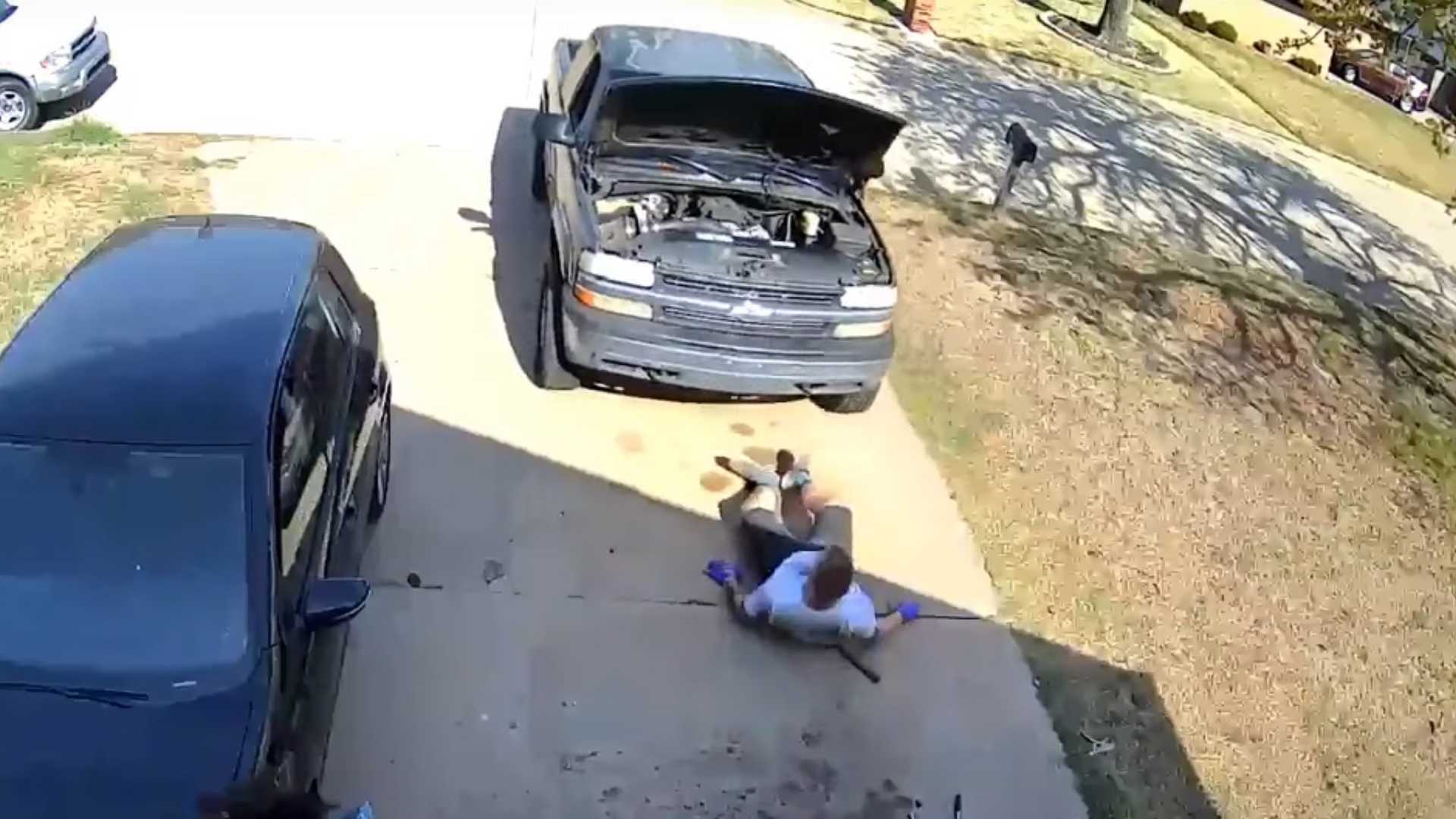 Watch a Chevy Silverado Roll With a Mechanic Still Below

Many car enthusiasts enjoy working on cars. They range from weekend do-it-yourselfers to full-fledged mechanics, but safety is paramount, regardless of skill level. An important safety measure is to chock the wheels. This keeps a car from rolling while you are working on it, and they are usually used when the car is on an incline. However, a video shared by YouTube channel ViralHog shows what happens when you don’t.

The video shows a first-generation Chevy Silverado parked in a driveway with its hood open. A leg protrudes from the underside of the van as someone works on it from below. There is then an audible bang just before the truck begins to roll. The mechanic tucks his leg under the truck as it rolls down the driveway, and you can hear him yelling swear words as the truck rolls down the road. The driver’s side tire barely misses rolling over him and his leg.

The mechanic appears unscathed, jumping and running after the pickup. He reaches it just as it rolls out of the frame, and he tries to slow it down by grabbing the radiator shroud, shoes sliding on the asphalt as the truck drags it. The Chevy and the mechanic disappear, but the truck slowly backs up just before the video ends with the owner walking alongside. The truck doesn’t appear to have hit anything, likely driving into the opposite driveway without issue.

The video is a friendly reminder to always chock your tires before working on a vehicle, even if it’s not on ramps. Even the slight slope of a driveway is enough to roll cars. It’s unclear exactly what made the truck roll, but the loud noise just before it did suggests something gave way. The transmission and parking brakes can fail, and the last thing you want is for either of them to fail while under a vehicle.