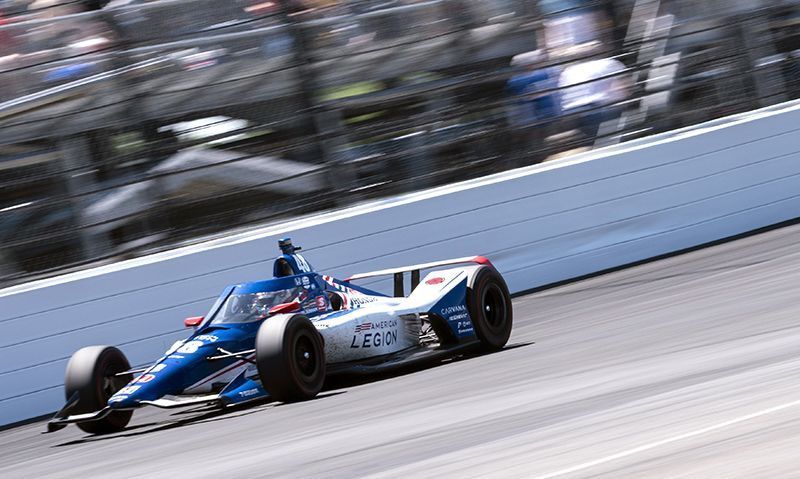 Tony Kanaan has one last fight in him, one more fight to fight, one last mission to accomplish. That’s why he’s re-enlisting for another stint with the American Legion and Chip Ganassi Racing for the 106th Indianapolis 500.

TK is back at the Indy 500 for one last time and he will once again be riding an American Legion sponsored Honda. The announcement was made by the team Monday morning during INDYCAR’s “Content Days” at the JW Marriott Hotel in Indianapolis.

Two years ago, while driving for AJ Foyt Racing, Kanaan announced that the 104th Indianapolis 500 would be his last race on the big stage, and it was a chance to say goodbye to all his fans. Unfortunately, the COVID-19 pandemic shut down much of the world in 2020 and that year’s Indy 500 was held without spectators.

Kanaan got a reprieve when team owner Chip Ganassi needed a driver to share the No. 48 Honda when seven-time NASCAR Cup Series champion Jimmie Johnson originally agreed to a race schedule on road and on-road in the NTT IndyCar series.

Kanaan drove the #48 Honda in all four oval races in 2021, including the 105th Indianapolis 500. Kanaan was impressive at Indianapolis Motor Speedway as he was among the fastest riders each day in practice and made the “Fast Nine Shootout” which determined the top three rows of the 33-car starting lineup.

Kanaan’s qualifying speed was fifth fastest, and he started last year’s race in the middle of row 2. He then finished 10th in the race in an American Legion-sponsored car.

Kanaan finished 11th in the first race of a dual at Texas Motor Speedway and 15th in Race #2 on the 1.5-mile high-inclined oval. He closed the Oval season with a 13th-place finish at World Wide Technology Raceway at Gateway.

After showing steady improvement in an all-new form of racing, Johnson decided to race the full NTT IndyCar Series season in 2022, including the 106th Indianapolis 500. Ganassi had promised Kanaan that he would still compete in the Indy 500 and Monday morning, which became official.

Kanaan will drive a Honda sponsored by the American Legion. The car’s livery and other details will be announced later.

This will be Kanaan’s 21st Indianapolis 500, where he is one of the most popular drivers in recent Indy 500 history due to his fierce and tenacious racing style.

In 20 previous starts, Kanaan has led a total of 346 laps in the race. After so many great races and close calls to win the 500, Kanaan finally won it on his 12th attempt in 2013 for KV Racing Technology in a Chevrolet. He led 34 laps and had “the best restart of my life” on the final restart to move from fourth to lead Turn 1 to claim his only Indy 500 win.

Thanks to Ganassi and the American Legion, Kanaan will have one last career charge in the 106th Indianapolis 500.