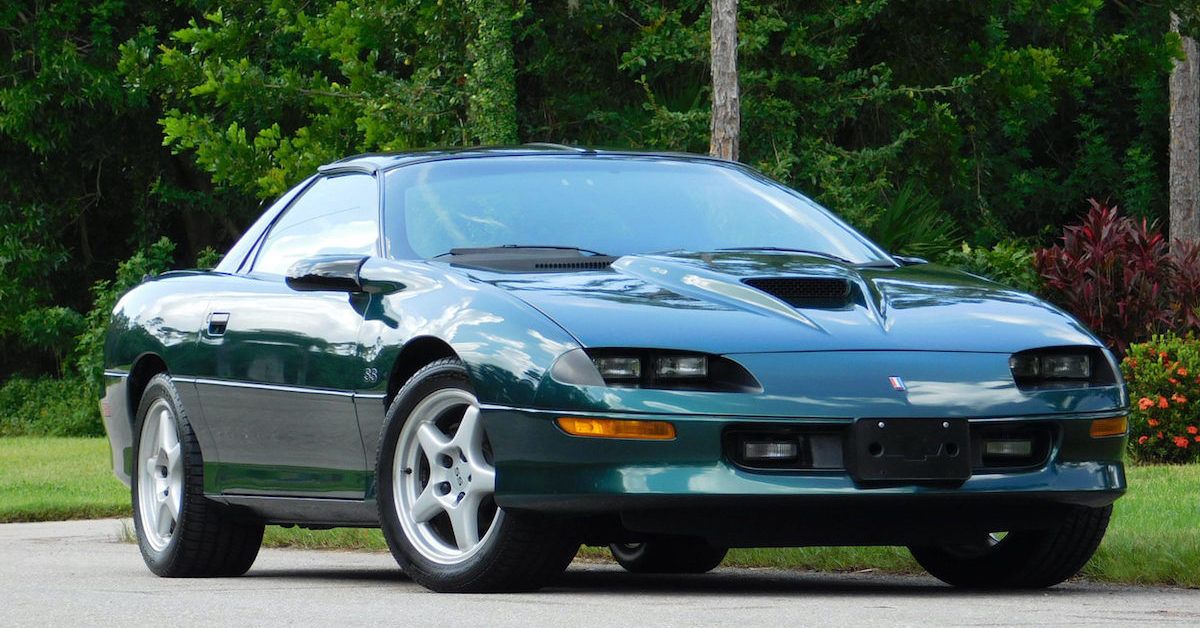 After a hiatus of 24 years, Chevy offered the Super Sport (SS) badging as an optional performance package for the 1996 SLP Z28. This made the SLP Z28 a special car, as previous Camaro models with the SS badging were known to be high-performance vehicles that roared with fury.

This performance model offered more than the standard Camaro Z28. The SLP Engineering The team made sure the car had more power, a better braking system, tuned suspension, wide tires and a custom exhaust.

Chevrolet also made some changes to the vehicle; they painted it with Cayenne Red Metallic paint and added chrome aluminum wheels. Additionally, the car has rocker moldings, rear fascia extensions and a three-piece spoiler.

Owners of this model advise not to take the car lightly, it is not intended to be a family vehicle and inexperienced drivers should opt for another car. It’s very fast on the freeway, and you could get a ticket if you’re not careful.

Let’s find out more about the Z28 SS and what makes it special.

RELATED: This Retro Concept Is What The Real 2023 Chevy Corvette Stingray Should Look Like

The Z28 SS is part of the fourth generation Camaro

When General Motors introduced the fourth generation of the Camaro, it was a landmark in the automotive world. Camaro fans knew that the fourth generation models would offer better technology and vehicle design. The first model debuted in 1993 and came with new power levels, better handling and advanced safety features.

Over the previous decade, other muscle car manufacturers like Ford had vastly improved their vehicles, which were also huge benchmarks at that time. But the fourth-generation Camaro had those improvements and offered even more than its rivals, making it one of the first modern muscle cars.

However, the Camaro didn’t get off to a good start when Chevrolet introduced the first generation in 1966. Mustang fans called the Camaro a copycat because the car had a similar design to the iconic Ford Mustang. The company decided to change the overall design of the Camaro, and the second and third generation models were unlike any car from Ford.

The fourth generation Camaro continued this tradition and introduced coupe and convertible body styles with 2+2 seats. Chevrolet fitted the models with the six-cylinder V6 and V8 engine options. Owners of fourth-generation Camaros praised the car saying it was reliable and had minor issues.

The performance specs of the Z28 SS were top notch

The car is fun to drive, very light and precise. It steers with precision and can hold its own on rougher roads. It also works well on surfaces like snow, and the car doesn’t require too much maintenance or service. The Z28 SS is designed to be driven to the max and lasts longer than most vintage muscle cars.

Once on the highway, the car overtakes easily and doesn’t give the driver a hard time. When the car reaches full speed, you won’t even notice it as you will enjoy the roar of the engine.

RELATED: It’s What Made the 1969 Chevrolet Yenko Camaro So Special

The Z28 SS has a unique exterior and interior design

The SLP Z28 SS is considered one of the rarest Camaros, with Chevrolet manufacturing only 2,269 units. At an auction on Bring A Trailer, the car sold for $20,000, but its price will soon skyrocket as there are so few of them.

Dodge will abandon the Charger and Challenger muscle cars