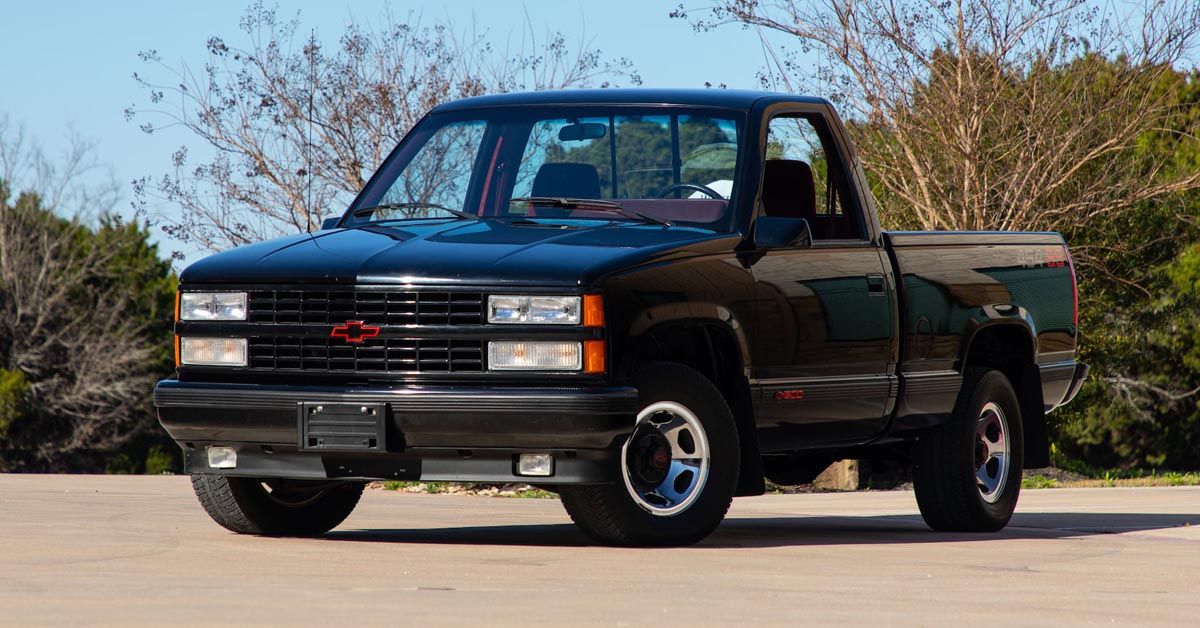 Chevrolet pickup trucks have been used by the masses for decades, with some of the earliest models appearing in the 1920s. Due to their long history and track record, there have been many outstanding interpretations of the pickup.

Some have come unmatched in size for great working performance and a few have even been made for speed like great street truck options. Style and functionality are present on every truck on this list and that’s why even the oldest models are still loved and personalized today. Below are the coolest Chevrolet pickup trucks of all time.

The Silverado is a household name when it comes to pickup trucks, overhauling one of the best trucks GM has ever produced wasn’t easy, but it finally paid off.

The formula was simple, Chevrolet took all the things customers wanted out of a pickup and added them to the Silverado, essentially guaranteeing success. The new updates consisted of a larger cabin, better chassis and improved handling, more power and improved fuel economy. When the Silverado embraced these changes, it naturally became a hit and is fondly remembered. The Z71 model in particular even came with a suspension package designed for better towing capabilities.

The Chevrolet Trail Boss takes everything great about the Chevrolet Colorado and adds a few more features to make it even better.

Interestingly, despite the name, the Trail Boss is said to drive more like an SUV than a pickup, which is great for some, especially those less familiar with pickup trucks. It is renowned for its responsive steering and impressive throttle and brake response. The best engine option available is a 3.6-liter V6 and while it’s not a V8, the Colorado is still capable of towing an impressive 7,000 pounds. Additional features included with the Trail Boss Edition are an updated styling package, all-terrain tire kit, trailer equipment package, and high-quality Bose audio system.

For something much more old school, the 47 Chevy 3100 made waves when it was first announced, with its advanced and modern design.

When released, the 3100 was sleek and modern, with an updated five-bar grille and rounded body profile. Improvements were also made to the interior, with seats for three in the front rather than the more traditional two, a fresh air heating and defroster system, as well as an in-dash radio system. Although we expected a lot more from our trucks today, the 3100 was considered revolutionary back then, and the love for the truck still continues as it is a popular option for those who like to modify pickup trucks.

Related: What A Modern Chevy C10 Pickup Could Look Like

Probably the most iconic Chevrolet pickup of all time is the 454 SS from the early ’90s. What makes this one so special is that it might just be the Chevy pickup. more performance-oriented we’ve seen from this era, at least factory specs, and the slightly lower ride height is a slight indication of that.

Powered by a 7.4-liter big-block V8 rivaling the Corvette, the 454 SS was capable of a 0 to 100 km / h in just 7.7 seconds, which was almost completely unknown for a pickup from the early 90s. Its look is very simplistic, but the minimalist design has allowed it to stand the test of time, being even better than many trucks made today. For power and practicality, the Chevy 454 SS is legendary.

It’s appropriate for us to look at the more modern options in the Chevrolet pickup line, to see how far we’ve come. The all-new line of the most popular Chevrolet trucks looks as mean as ever and is beyond cool.

Its versatility and surprising level of interior luxury still make it one of the best pickups on the market. Modern features include an advanced and modern security package with full cameras and blind spot monitoring. The touchscreen and Bluetooth functionality are also present while not losing any of its van function, with excellent off-road performance and plenty of rear storage.

Certainly one of the most unique pickups ever made, the Cameo Fleetside offered both style and function from the mid to late 1950s.

Coming with Chevrolet’s new V8 lineup, the 55 Fleetside’s engine was durable, and the large truck bed was designed for easy storage and transport. Chrome accents around the exterior make this one of the prettiest of its time and all come standard, along with five transmission choices and full wheel covers. These features were optional extras on other truck models.

Related: Here’s What We Love About the Chevrolet Colorado Z71

We can take the El Camino for granted today, but by 1959 the famous Chevy pickup was way ahead of the game.

The first El Camino was one of the very first â€œsedan pickupsâ€ the world had ever seen. It offered both practical truck functionality and day-to-day ease of use with many modern features for the time with a full size interior. It was the rival of Ford’s beloved Ranchero, its styling is timeless and makes it one of the most popular models for custom low-riders. The El Camino can be credited with igniting the crossover craze, due to its design of the best of both worlds.

Considered by many to be one of the finest Chevy pickups the famous marque has ever made, the C-10 Fleetside still has a cult following today. It came with slightly flared wheel arches and was also one of the first pickups to use metallic paint, due to its use starting around the same time.

The second generation C-10 models from the 60s were nicknamed glamor models due to their exceptional appearance and inside they featured a number of improvements over previous models such as increased insulation, carpets, chrome accents and an AM / FM radio. We can take that for granted now, but at the time it was one of the most technologically advanced trucks on the market.

The 1988 C / K 1500 is another example of innovative design and excellent usability. This is the fourth generation of trucks, and these new models were based on the then new GMT400 platform.

An innovative 4WD system has also been included, allowing drivers to switch from 2WD to 4WD at any speed and has been named the insta-Trac system. Independent suspension was also used and to further bolster the truck’s credentials, the C / K 1500 won the Hulman Indy Challenge Trophy, having averaged 103 mph over 24 hours, covered 2,483 miles and 999,234 laps.

One of the biggest trucks on this list, for sure, the C30 offers almost endless space, for almost unmatched functionality.

Once again, Chevrolet’s design and innovation made the C30 One-Ton Dually the very first Dually crew cab ever to come to market. It is considered by many to be the world’s first true heavy truck, which is hardly surprising given its immense size. This truck is incredibly capable with a tough, rugged design and sets the trends for drivers to use large pickups for work and play, which we often see today.

With gas prices falling, classic pickup trucks are back in demand, so we’ve researched the top 15 that you can still buy for under $ 10,000.

Lewis is a content / article writer and computer science student based in Newcastle, England. He has a keen interest in the automotive industry with previous engineering experience. With some previous work writing blog posts for a clinic. He is now creating content for HotCars.

$ 209,995 will get you this special Chevy Corvette Grand Sport continuation