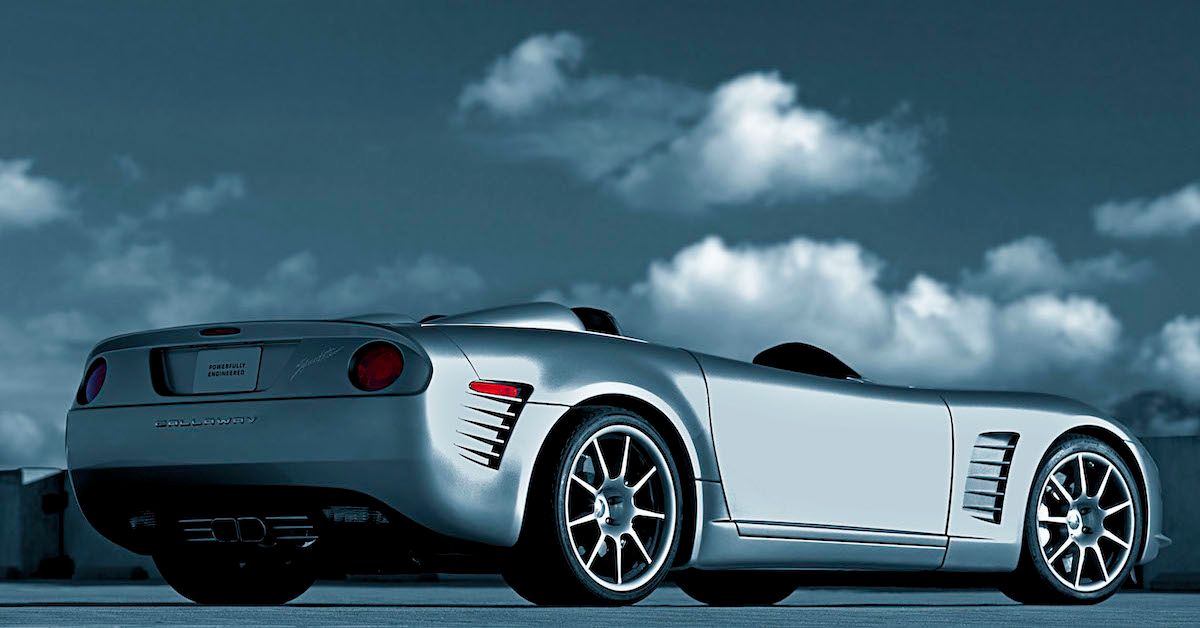 Although you may not be aware of Callaway Cars, you may be familiar with Callaway Wines or Callaway Golf. These were both founded by Reeves Callaway’s father.

But Reeves took another path, going from championship race driver to racing school instructor whose acquaintance with BMW launched a business in the most unexpected way.

Callaway’s proven upgrades led to Chevrolet creating a Callaway package as a regular production option (RPO) that took the company to success after success, with some interesting detours along the way. Callaway Cars had an unexpected start. The company started almost by accident when Reeves dissuaded BMW from a 320, on which Callaway installed a turbocharger. The car was lent to a Car and Driver editor who wrote so conceivably about the upgrades that orders started coming in for a kit that was meant to be just a one-off exercise.

Clever design with promising torque results who got caught up in the financial downturn of the 1980s and never made it to the racetrack. The engine was designed by famous Danish engineer Hans Hermann (not the German Le Mans winner).

Called the HH V8, the engine was developed both to challenge the existing dominant Cosworth DFX, but also to demonstrate the company’s capabilities.

The engine followed traditional specifications: a 90-degree V8 with DOHC cylinder heads. Designed specifically for Indy car racing, the HH V8 was without the compromises present in the F1-derived Cosworth engine. For example, the HH V8 was narrower, allowing for 25% wider ground effects tunnels.

Like so many promising projects, Callaway ran out of funds before the engine hit the track. Now it’s a museum piece. Callaway instead pursued business with Aston Martin, Alfa Romeo, Mazda and its own turbocharged Corvette.

Related: The 255 MPH Corvette Callaway SledgeHammer Goes Under The Hammer

Impressed with the engineering and quality of its turbocharger installations, Chevrolet chose Callaway for the turbo installations on the Corvette. The Corvette Callaway Twin Turbo was available as a regular production (RPO) B2K option from 1987 through 1991.

The special package could be ordered from select Chevrolet dealerships in the United States. All B2K Corvette orders were shipped directly from the Bowling Green Assembly Plant to Callaway Cars in Connecticut for the Twin Turbo conversion.

The upgraded Callaway Corvettes were shipped to ordering dealerships and delivered to the customer. The BK2 Callaway package was covered by GM’s standard 12-month, 12,000-mile factory warranty.

All components installed by Callaway were covered by a separate warranty by Callaway itself. It was reported at the time that the Callaway B2K was the first such package offered by Chevrolet on the Corvette.

Although the Indy 500 engine was not a success, the experience gained led to the development of four-valve-per-cylinder cylinder heads for the Aston Martin V8, which were fitted not only to street models but also to UK Company Le Mans Group C Rider.

Alfa Romeo approached Callaway to develop a twin-turbocharged system to be fitted to the fantastic-looking, smooth-handling but underpowered GTV6.

Additionally, Callaway has developed a Mazda factory-installed turbo system on the Mazdaspeed Protegé.

As Callaway wanted the exterior of its modified Corvettes to be as unique on the outside as they were on the inside, the company entered into a relationship with Montreal, Canada-based automotive designer Paul Deutschman.

The result was stunning exteriors that came out of German designnamely the Speedster, SuperNatural, C7, C12 and C16.

One design wrapped around the 1992-1996 Corvette SuperNatural, which relied on naturally aspirated induction instead of a turbocharger, the SuperNatural offered a choice of engines, including one based on the DOHC ZR-1 which developed 500 HP.

The most striking (and the one that received the most attention) was the Callaway C16 Speedster. Based on the C6 Corvette, Callaway replaced all body panels with those designed by Deutschman, including the roof, as the Speedster was an open-top sports car.

Standard features of the C16 Speedster included the Callaway C16 body package, in customer’s choice of colors, a unique Callaway Deutschleder interior, in leather and Alcantara. Under the hood is a supercharged 650 HP LS3 engine prepared by Callaway and connected to a 6-speed manual gearbox. Underneath, a Callaway Coil-Over suspension system replaced the Corvette’s traditional transverse leaf spring, along with a braking system adopted from their Le Mans race cars.

Another head-turner is the Callaway C20 AeroWagen. The company developed a concept shooting brake (station wagon) based on the Corvette C7 with designer Paul Deutschman. A functional tailgate provides a unique offering among other two-door shooting brakes like the Ferrari FF and GTC4Lusso. The AeroWagen conversion is constructed from carbon fiber and can be fitted to all C7 Stingray and Z06 models.

Unlike Callaway’s previous offerings, there are no performance upgrades, but rather a host of appearance features including a front splitter, rocker panel extensions, slotted rear spoiler and diffuser . Additional features include interior upgrades and unique 19″ and 20″ lightweight forged wheels.

The goal of the package was to create a set of aerodynamically balanced, low-drag, and visually-striking enhancements for the C8 Corvette.

All of the Callaway packages above include high-flow intake and exhaust systems, vehicle ECU remapping, and interior and exterior badging to set it apart at the upcoming Cars and Coffee.

10 of the coolest cars modified by Callaway

Art has worked in the automotive industry for 25 years as a magazine editor, advertising manager and marketing manager. Art earned a bachelor’s degree in journalism, which he put to work immediately after graduating from the editorial staff of two national automotive magazines. He then switched gears and worked as a technical writer, creating highly detailed training materials for Ford, Mercedes and others. From there he moved into corporate marketing, holding positions at Bridgestone, Yokohama Tire and eBay Motors. He successfully built and raced his own Formula Vee in SCCA competition and had the chance to experience some of the best automobiles in the world.