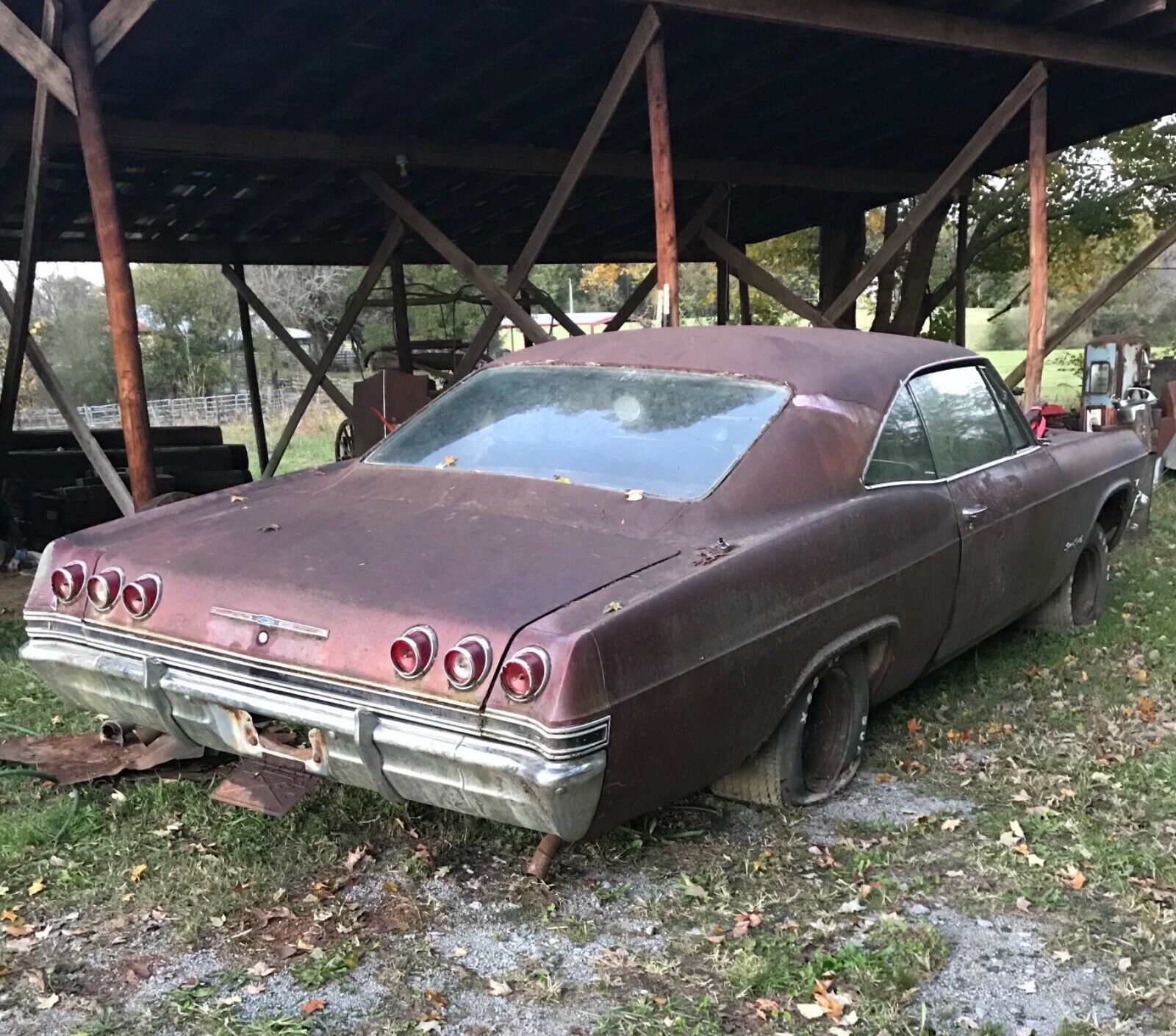 While the Impala nameplate was born in 1958 as a premium Bel Air and everyone loved it from the start, it took the car seven years to make a name for itself.

And that’s because 1965 saw not only the debut of a completely restyled Impala, but also the setting of a notable record in the United States. The Impala became the first car in America to sell over a million units in a single year, and the figure pretty much speaks for itself.

And that’s why the crude model we have here is still worth our love.

It’s one of those legendary 1965 Impalas, and on top of that, it even wears SS badges. And that makes it even more special, especially since the car is sort of still complete. At least that’s what the eBay seller talondriver66442 claims, explaining that the vehicle had only one owner since it was new.

This theoretically makes this Impala a very strong candidate for a restoration, although, on the other hand, it’s not all milk and honey this time around. And it all starts with its general condition.

The vehicle is clearly rusted, probably because it has been outside for a long time. Born with a Milano Maroon finish, the Impala obviously requires a complete repaint. And that is why we strongly recommend that any interested buyer carefully inspect the bodywork before purchasing.

On the flip side, we are told that the original 396 (6.4 liter) V8 engine is still available, but not in the car, and the SS badges, clock, padded dashboard, all are still there.

Honestly, it’s really no big surprise that the car is already an internet sensation. The auction quickly received nearly 20 bids in just a few hours online, and it’s possible more people will join the auction war over the next week.

At the time of this writing, the highest bid is near $ 2,750, but the reserve has yet to be filled.

These are the most expensive trucks sold at auction