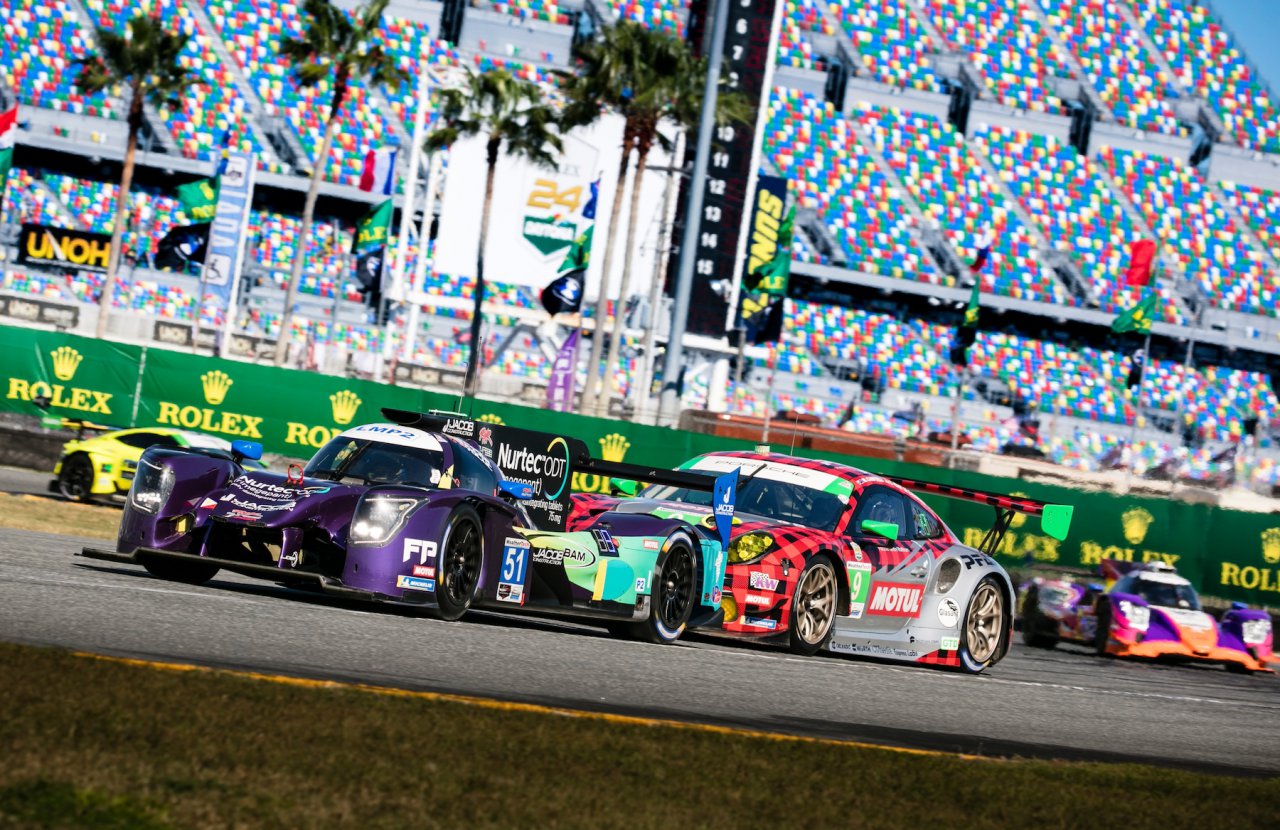 The 24 Hours of Daytona race celebrates its 60th anniversary on January 29-30, when a field of 61 cars begins 24-hour competition at Daytona International Speedway, Rolex reports in a press release that also celebrates the watchmaker’s 30th anniversary as title sponsor. of the race.

The race began in 1962 as a 3-hour competition won by Dan Gurney driving Frank Arciero’s Lotus Climax 19B and finishing ahead of a Ferrari Dino NART with Phil Hill and Ricardo Rodriguez, Jim Hall’s Chaparral-Chevrolet and Stirling Moss in a NART-registered Ferrari. 250GT.

The race stretched to 2,000 kilometers in 1964 and in 1966 to 24 hours, with the Ford GT40 Mk. II sweeping first (Ken Miles and Lloyd Ruby), second (Dan Gurney and Jerry Grant) and third ( Walt Hansgen and Mark Donohue) in front of a Ferrari 365P2 driven by Mario Andretti and Pedro Rodriguez.

“As part of the upcoming 60th anniversary celebrations, the speedway will pay tribute to past champions including Mario Andretti, Hurley Haywood and Scott Pruett, and the machines that carried them to victory,” added Rolex.

“The testament of time is present in various aspects of the Rolex 24,” the press release quotes five-time winner Pruett. “For me personally, having raced there 24 times and winning it multiple times, the excitement never gets old. Now celebrating the 60th anniversary, reliving the legacies that have wrapped this track, I keep coming back to the Champion’s Creed: “It’s all about the watch.” Rolex and the 24 Hours of Daytona are synonymous because they continuously stand the test of time, demonstrate perseverance and hold on to tradition.

“An exciting combination of rookies and decorated champions from all motorsports will compete in this year’s race,” reports Rolex. “Leading the pack of five classes, the Daytona Prototype international (DPi) category will increase to seven entries for its final season, before giving way to the Le Mans Daytona h category (LMDh).

“Both GT classes will have identical specifications, with the new GT Daytona PRO (GTD PRO) class based on the Fédération de l’Automobile GT3 replacing the GT Le Mans (GTLM) class for this year’s championship,” adds Rolex.

“TR3 Racing and Lamborghini are teaming up with competitors in the GTD PRO class and the GT Daytona (GTD) class, with both cars featuring previous Rolex 24 winners.”

“In design and presence, the watch is more than just a name,” noted Tom Kristensen, 9-time Le Mans 24 Hours winner and Rolex Ambassador, “It’s an identity that reflects a successful race and a period successful in the life of a pilot.”

LG Energy Solution and GM to build $2.1 billion battery factory in US