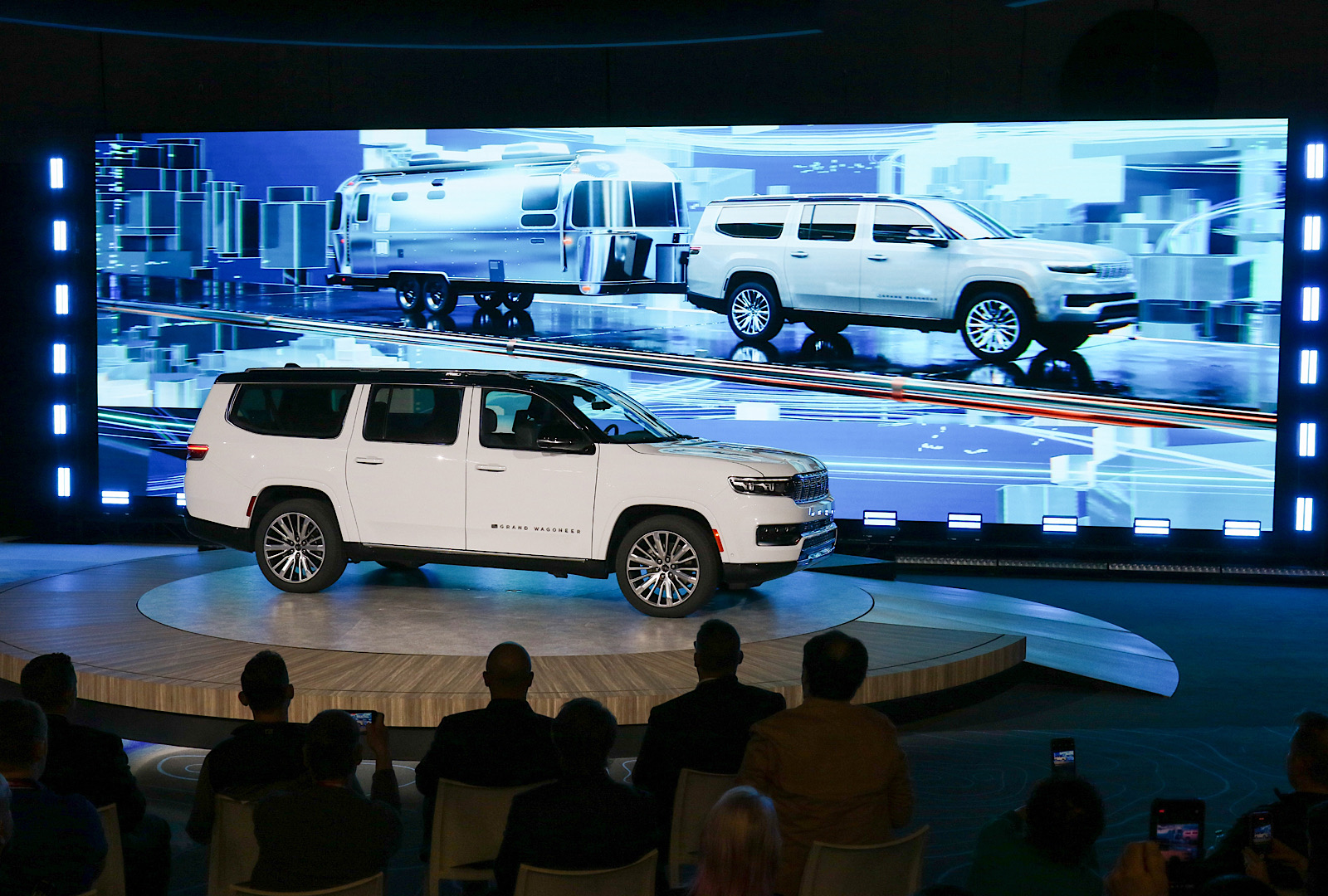 The New York International Auto Show returns to the Jacob K. Javits Center in New York after a two-year hiatus. The show is historically one of the busiest motor shows in the world.

Although there are fewer debuts at the event this year, a number of new models stand out, including some vehicles that are among the most popular in America. Other models on display come from global retailers poised to make the jump to dealership sales in the United States.

The show is open to the public from April 15-24, 2022. All of the models listed below can be found on the show floor.

For the 2023 model year, Kia has transformed the three-row SUV into a more rugged model. Mid-generation revisions include a fresh front bumper and grille, revised rear end, new wheel designs for each trim level, and three new exterior paint jobs.

A single-bezel 12.3-inch curved dual-screen setup is available, paired with a redesigned dashboard and air vents. A new steering wheel and interior color schemes complete the look of the new Kia Telluride.

Kia is also adding new X-Line and X-Pro variants to its Telluride offerings.

The Ford sports car sits at the New York Auto Show on a raised platform alongside its namesake, a GT40 MK II race car that completed the famous 1-2-3 sweep at the 24 Hours of Mans in 1966.

The new GT features a gold and red livery with Oxford White curvatures and the #5 featured on the doors, bonnet and rear fender. Exposed gloss carbon fiber components including 20-inch wheels, front splitter, side sills, mirrors, engine louvers and rear diffuser make the model stand out.

The wagon beloved by millions of Americans has been refreshed for the 2023 model year. Its updated look includes a redesigned front fascia and exterior cladding that more closely aligns the five-door’s appearance with the new all-around SUV. Subaru Solterra Electric.

Subaru changed its trim levels, giving Outback Onyx buyers two engine options. Technological changes are also on the way with the latest version of EyeSight safety and driver assistance technology on board, and an updated infotainment system with wireless Apple CarPlay and Android Auto.

The newest addition to Toyota’s lineup delivers 300 horsepower and 273 pound-feet of torque to drivers, making it a real hot hatch. The all-wheel-drive car is available in two versions: Core and Circuit Edition.

The GR Corolla Circuit Edition is a limited-edition offering that will be available to customers in 2023. It features a forged carbon fiber roof, vented bulge hood, Brin Naub suede-trimmed sports seats with red accents and a gear lever knob signed Morizo.

Vietnamese automaker VinFast is showcasing its all-electric VF 8 midsize SUV at this year’s New York Auto Show. The model, still in development, is expected to deliver up to 402 horsepower when it hits the market in the coming months.

The dual-motor, all-wheel-drive VF 8 is a premium model, built to stand up to top-of-the-line Jeep, Infiniti, Acura, Genesis and Lexus models.

Volkswagen’s new version of the vintage T1 Microbus is a sleek, all-electric people carrier. Although it won’t hit US dealerships for several years, visitors to the New York International Auto Show can see the real deal in person.

A long-wheelbase version of the ID.Buzz will be available for US customers to order in 2023. It will come with a spacious cabin, LED lighting all around and large display screens. There is also a good dose of nostalgic charm.

The big Jeep Grand Wagoneer just got bigger. The extended wheelbase Grand Wagoneer L gets 12 inches of overall length and 7 inches of wheelbase longer than the models’ traditional length. It has better passenger and cargo volume behind the third row than competitors Ford, Chevrolet, GMC and Cadillac.

Jeep’s design and engineering team managed to keep the premium look of the Wagoneer and Grand Wagoneer intact with the addition of the new model, while also giving it transmission, suspension and drivetrain options. that can be found on smaller models.

This version of the newly redesigned 2023 Toyota Sequoia shows off the new levels of luxury the company first introduced in the Tundra full-size truck. Combining features from the Highlander three-row SUV and Toyota’s Sienna minivan, the Sequoia Capstone is also a confident trail rider.

The VinFast full-size VF9 SUV is an all-electric model with a $55,000 price tag to rival its gasoline and battery-powered counterparts. The sleek and stylish model is designed for high-end vehicle buyers who are obsessed with details, according to their marketing campaign.

As for the marketability, the VF9 should have a short charge time and offer drivers access to up to 402 horsepower.

Like its production sibling the Telluride, the three-row Hyundai Palisade has also been refreshed for the 2023 model year. Its new front and rear bumper fascias are paired with a new grille, headlights, daytime running lights, a multi-spoke alloy wheel design and auto-dimming exterior mirrors.

The Alfa Romeo Tonale isn’t expected to hit US dealer lots for a few months, but the model is already making waves. Its fuel-efficient powertrain options and sleek looks make it stand out from other high-end and luxury SUVs.

Uniquely, the Tonale will be sold with an NFT which serves as a Vehicle Identification Number (VIN) storing model information as it rolls off the line. This information may be updated to include service records and other information.