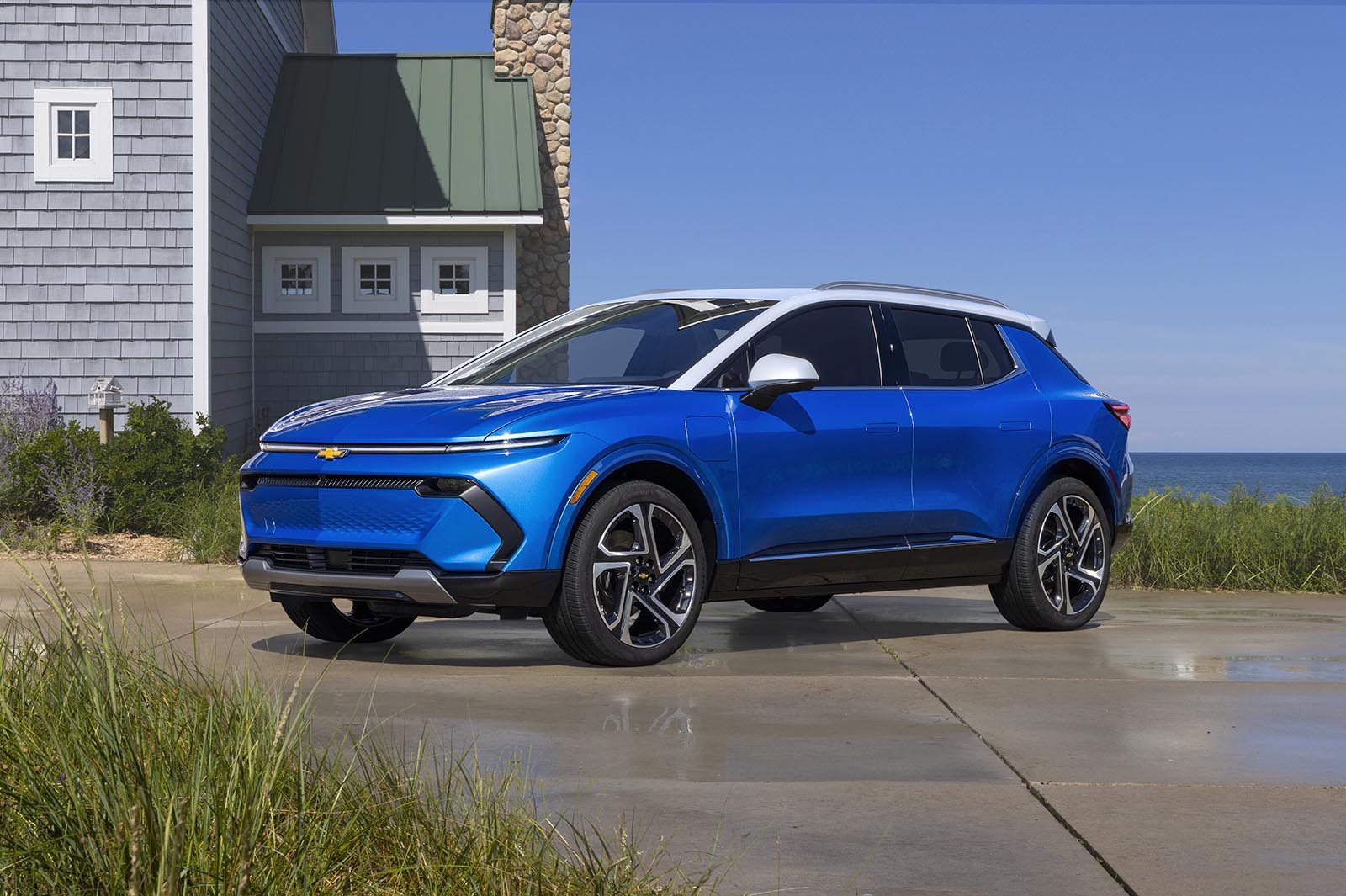 The 2023 Equinox EV gives us a familiar Chevrolet SUV look in an all-new all-electric vehicle. It’s also the first truly mainstream battery-electric SUV, with pricing starting at around $30,000 – before tax incentives.

At an average of $65,000, today’s typical battery electric vehicle (BEV) is well beyond the reach of the typical American car buyer. But as GM rolls out an assortment of premium electric vehicles, including the more than $300,000 Cadillac Celestiq, it’s also targeting entry-level buyers with products like the new Chevrolet Equinox EV, which will cost “around $30,000.” $” when it hits the showrooms. year.

While it was late to the long-range electric vehicle market, General Motors is in a race to catch up with industry leader Tesla, as well as key competitors like Ford, Hyundai and Volkswagen. It plans to deploy at least 30 BEVs by the middle of the decade. And they’ll cover a wide range of brands and product segments, from ultra-exotics like the Cadillac Celestiq to full-size pickups like the GMC Electric Hummer and Chevrolet Silverado EV.

But the brand of bow ties does not forget people on a budget who have traditionally made up a large part of its clientele. It recently lowered the price of its first long-range model, the EV bolt, at a starting price of $25,600. And coming in fall 2023, it will introduce another “affordable” option – an all-electric version of its popular Equinox SUV.

When GM’s biggest brand started teasing the 2023 Chevrolet Equinox EV last year, it said the cost would be “about $30,000.” “And we’re still at that point,” Scott Bell, vice president of Global Chevrolet, confirmed at a news conference late last month.

As with the conventionally powered Chevrolet Equinox, the EV model will enter what Bell expects to become “not only the largest but perhaps the most competitive segment” in an EV market that is expected to grow rapidly over the next the next decade.

Where BEVs made up just 1% of new vehicle sales in the US in 2019, that’s now hovering around 6%. And, according to analysts like John Murphy of Bank of America Researchit could reach 20% by 2025.

So Chevy knows it will take not only affordability, but plenty of features to appeal to buyers, especially those considering an electric vehicle for the first time.

A quick look at the Equinox should strike a chord. There are a lot of design similarities between the current gas-powered model and the new one that runs on lithium-ion batteries. They feature a narrow silhouette, with coke bottle carving on the door panels and a subtle curve on the roofline – which will be available on select two-tone trim levels.

Another key difference: the EV adopts a large C-pillar rather than the rear half-glass on today’s model. The overhangs are also shorter than on the petrol model.

The Equinox EV’s hood is a bit shorter – a common design feature on battery models today, as there’s no internal combustion under the hood. (Chevrolet officials are yet to say whether or not there will be a “frunk” or a front trunk.) Instead, some of the engine bay space has been reallocated to the passenger compartment.

Also missing a traditional grille because there is no need for cooling air under the hood. Instead, there’s a sealed panel accented by a wide light bar and a backlit Chevrolet logo.

Small air intakes under the bumper provide cooling air for the underlying Ultium architecture on which the Equinox is mounted.

The platform is flexible and will eventually be shared with a wide range of GM BEVs, entry-level models – excluding older ones EV bolt— to luxury products like new Cadillac Lyriq SUV. It offers great flexibility in terms of battery size and powertrain layout. At Chevy, for example, the larger and more expensive Blazer EV will have three option packages and also offer front-, rear- or all-wheel-drive configurations.

The 2023 Equinox will offer two different battery packs and a choice of front or all-wheel drive. Depending on the package, buyers will get between 250 and 300 miles of range according to GM’s initial estimates.

Don’t expect the kind of performance Chevy expects to deliver with the Blazer EV, which is a 557 horsepower SS model that promises to perform 0-60 launches in “under 4 seconds”. But the Equinox EV will not be outdone.

One of the features of the EV will be One-pedal driving, which allows a motorist to slow down or even stop the Equinox by simply modulating the throttle, rather than having to jump over and release the brakes. The system relies on brake regeneration, which recovers energy normally lost during braking and coasting, returning it to the battery to extend range.

The Equinox EV comes with a standard 11.5kW Level 2 charger that can increase range by 34 miles per hour of charging when plugged into a 220V system. An upgraded 19.2kW charger brings that range up to 51 miles per hour. And the electric SUV can use the latest public fast chargers up to 150kW, adding 70 miles of range in as little as 10 minutes.

GM is spending millions to help establish a national network charging network, and officials hinted that Equinox buyers could get free billing as part of the purchase price, like other new models. Stay tuned for more details.

As has become the norm in the electric vehicle market, the 2023 Chevy Equinox will feature many digital technologies. The sporty cabin will be available with an infotainment touchscreen up to 17.7 inches as well as a digital gauge cluster. Look for Apple CarPlay and Android Auto.

And the SUV will offer as an option Super Cruise, GM’s hands-free driving system. The automaker recently announced that it is set to double the range Super Cruise can operate to around 400,000 miles. This will now include a number of undivided two-lane roads, such as portions of California’s scenic Pacific Coast Highway and old Route 66.

A huge range of advanced driver assistance systems will also be offered, with a fine mix depending on the trim level.

Chevy officials have high hopes for the Equinox, which Bell says is “a game changer for us and the industry.” Certainly, this will give Chevrolet a head start on its competitors on the cost side. Although larger and better equipped, you’ll still have to shell out $65,990 to access the base version of the Tesla Model Y.

What’s not yet clear is how the recently revised federal tax incentives for electric vehicles will play into the picture. GM and Tesla both lost their credits after crossing a sales threshold. But Equinox seems likely to qualify to recoup those credits, which would mean an effective starting price of less than $25,000.

The 2023 Equinox EV SUV will reach Chevrolet showrooms in the United States by fall 2023, other markets will follow.