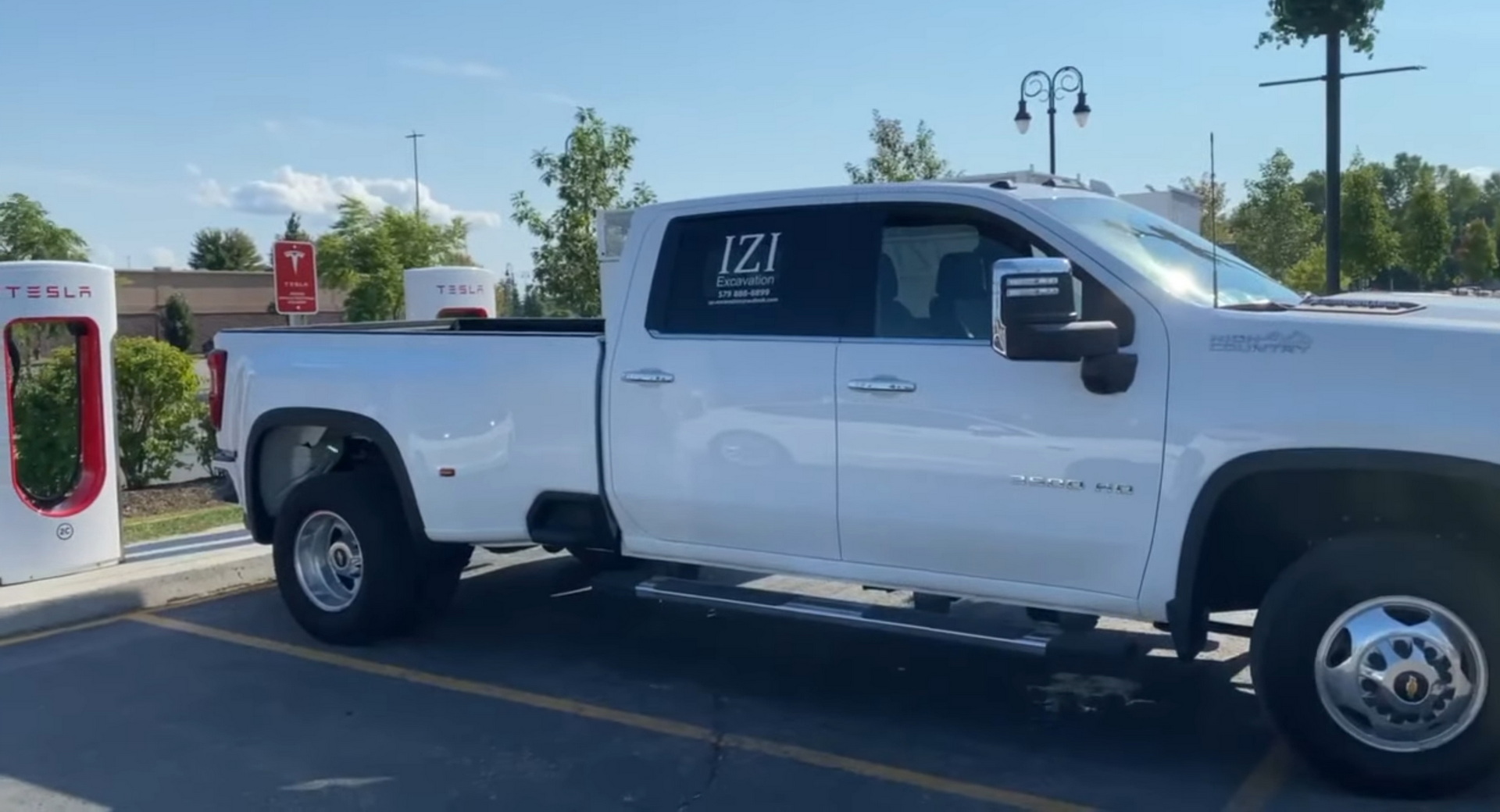 Tesla Supercharger ICE’d By Chevy Silverado Left Idling One Day, A Lamborghini The Next

Some people in Boisbriand, Quebec are still, apparently, behind the times, as two recent examples of Tesla ICE superchargers demonstrate. There is something about these examples that is particularly infuriating.

Drive Tesla Canada recently shared photos of a Supercharger parking spot blocked by internal combustion vehicles twice. In one instance, a Lamborghini Huracán was the car that blocked the space.

That the owner of a V10-powered Italian supercar feels entitled to block EV drivers’ access to the electricity they need to drive is, in a way, ironic. The supercar, for those keeping score, gets a combined 15 MPG, according to the EPA.

Also Read: Tesla Owners Were ICE’d by RAM 1500 ‘Identifying as a Prius’ While Sipping Supercharger Electrons

Boisbriand Supercharger in Quebec today, ICE’d by a Lamborghini

The more egregious of the two instances, however, occurred just a day earlier, when a Chevrolet Silverado 3500 HD High Country blocked the spot. Not only was it parked in front of the loader, it was actually idling.

The outlet reports that when the truck owner returned to his vehicle, about 15 to 20 minutes after the Tesla driver arrived, he was asked why he was jamming the charger and why he left the truck on. The owner replied, sarcastically, that he dreamed of one day owning a Tesla.

It doesn’t matter that leaving a vehicle idling for an extended period of time is one of the most effective ways to waste fuel and money, jamming an EV charging station can result in a ticket in the Canadian province. The government can impose a fine of up to $125 CAD (95 USD at the current exchange rate) on bad parkers.