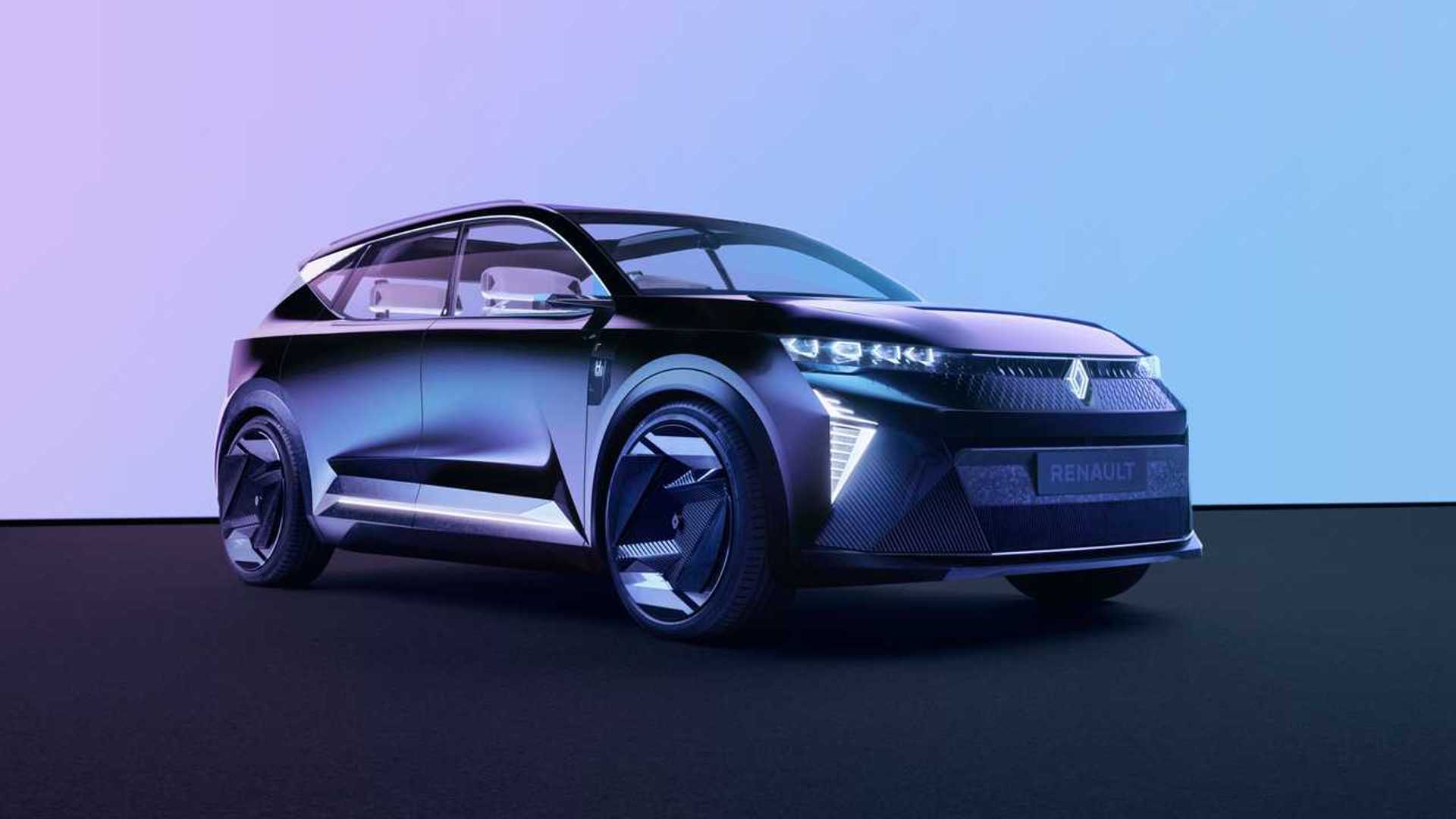 Forget what you know about the Scenic as it’s a totally different take on the long-standing name. To begin with, it is no longer a minivan since Renault will transform the minivan into a crossover. Second, the gasoline engine is gone since it’s an electric concept. There’s more to it as it also has a range extender, but not an ICE like on the BMW i3 Rex, Chevrolet Volt/Opel Ampera or Fisker Karma.

The daring crossover’s unusual powertrain borrows the 215-hp electric motor from the Mégane E-Tech, from which it also inherited the smaller 40 kWh battery. It adds a 16kW fuel cell mounted under the floor into the mix that recharges the battery on the go. Renault explains that by going down this path, it can install a battery that is twice as light while offering the same range.

A production version will follow in 2024 on the same CMF-EV platform that underpinned the aforementioned Megane E-Tech as well as its sister model, the Nissan Ariya. However, don’t expect the hydrogen range extender at launch as it’s more of a “vision” than a near-production configuration.

The diamond-logoed company estimates that the fuel cell has a future and that a hydrogen vehicle will be able to travel up to 800 kilometers (500 miles) by the end of the decade without stopping for a five-hour recharge minutes.

There’s more to the Scenic Vision than its peculiar powertrain and angular styling, as Renault emphasizes its eco-friendly construction. It incorporates more than 70% recycled materials while being 95% recyclable (including the battery) at the end of its life cycle. Compared to a traditional battery-powered electric vehicle, the concept has a 75% lower carbon footprint.

Eco-focused construction is more than just a marketing fluff as the fuel cell tank is made from carbon fiber from recycled waste paper. There’s no leather inside the futuristic cabin since Renault replaced it with low-carbon recycled polyester. Almost a third of the plastic used comes from a sustainable source, while the black pigments in the paint are the by-product of processing particles captured from the atmosphere.

The “Scenic” will be on hiatus until 2024, when the concept will transition into a production version. Renault has just killed off the five-seater MPV while the three-row Grand Scenic will bow out later this year.