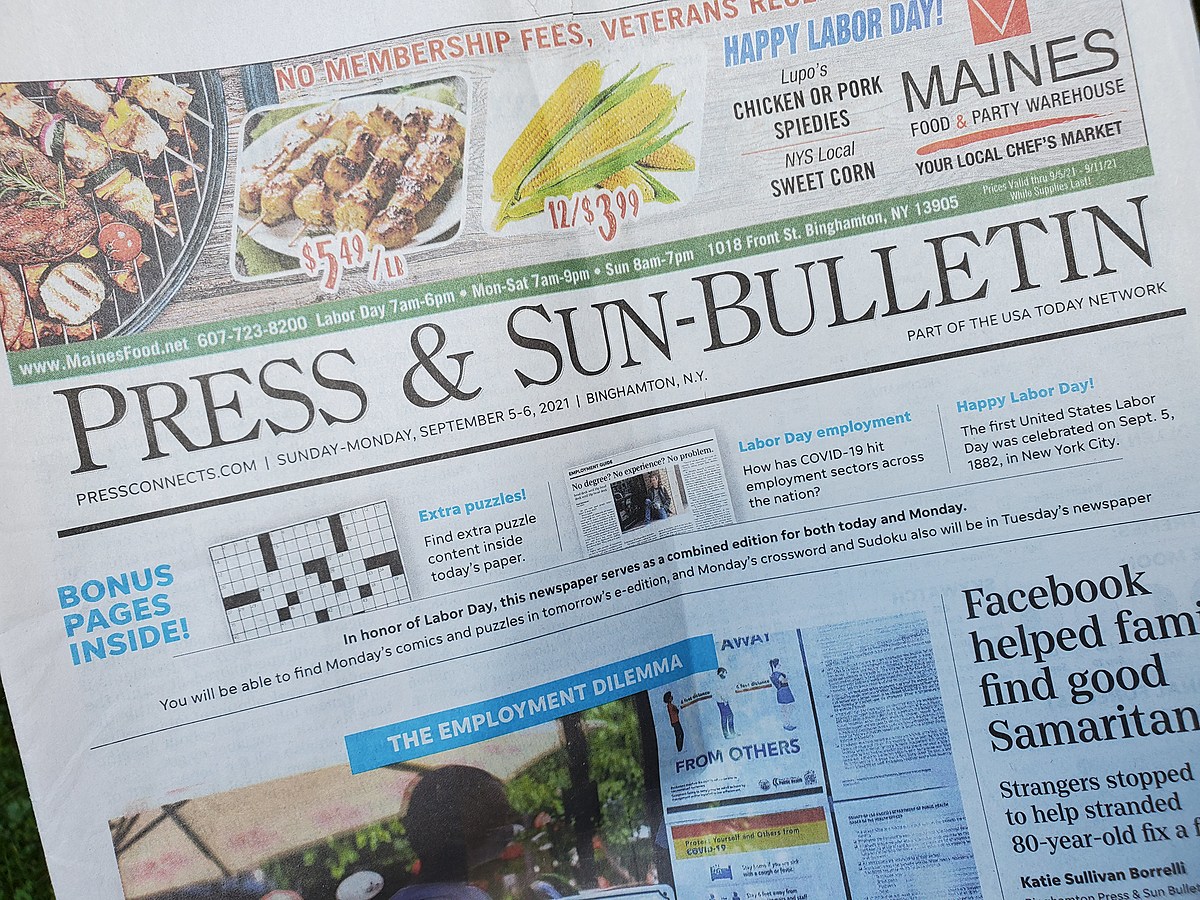 The Binghamton Press & Sun-Bulletin has announced that it will be phasing out several print editions in the coming weeks.

The Gannett newspaper informed its subscribers that it will not be printing issues on December 24 and 25, as well as December 31 and January 1.

In an unsigned email sent Tuesday, customers were told that only one “holiday” edition would be released before the print issues were suspended for Christmas and New Year weekends. Subscribers will be billed for three editions. for what is described as an “extended edition”.

The Press & Sun-Bulletin did not indicate whether further reductions in print editions will be made in 2022.

Gannett newspapers across the country instituted the â€œno printing policyâ€ holiday on Labor Day as the company moved to cut costs as newspaper print runs continued to drop.

Gannett continued to downsize and cut actual newsrooms at many of its locations. The company moved to a regionalized report template with articles written for use in multiple newspapers.

According to published circulation statements, the total paid distribution of the Press & Sun-Bulletin was around 51,000 in 2011. In the last report, that number fell below 15,000.

Gannett closed its 12-year-old Johnson City printing plant in 2018. Binghamton paper is now printed in the city of Greece, near Rochester.

50 famous brands that no longer exist

CHECK IT OUT: See America’s 100 Most Popular Brands