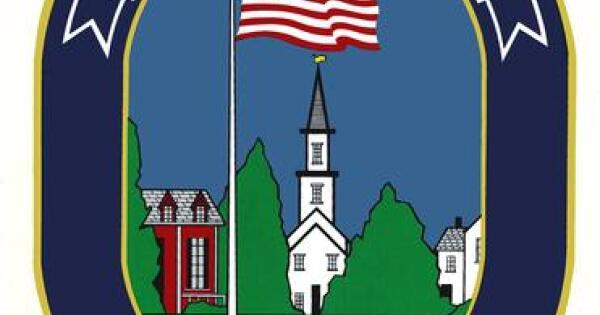 Newtown Police report Chanel Brown, 44, of Hamden, driving a 2008 Kia Sorento, was heading west on Highway 34 at 10:07 a.m. on June 15. She was traveling behind a 2018 Volvo XC60 operated by Margaret Studley, 76, of Newtown. According to police, Brown attempted to pass Studley and the rear right corner of Brown’s vehicle struck the front left corner of Studley’s vehicle as Brown attempted to return to the westbound lane.

The incident is under investigation.

knocked down, hit the tree

Newtown Police report Chamon Highsmith, 23, of Bridgeport, operating a 2004 Hyundai Elantra, was traveling south on South Main Street at 1:19 a.m. on June 17. Highsmith’s vehicle veered right into a kerb, causing it to overturn several times, hitting a tree and coming to rest facing north on the side of the southbound road.

No injuries were reported. The vehicle was towed due to disabling damage.

No charges were mentioned in the accident report.

Newtown Police Report McKenna Fullmer, 23, of Newtown, operating a 2012 Volkswagen Jetta, was traveling northbound on Main Street South at 4:19 p.m. on June 17. She was traveling behind Kenneth Esposito, 61, of Newtown, operating a Chevrolet (year and model not mentioned in report). According to police, Esposito slowed down for traffic and the front bumper of Fullmer’s vehicle hit the rear bumper of Esposito’s vehicle.

Fullmer received a verbal warning for following too closely, which resulted in an accident.

The foot slipped off the brake

Newtown Police report Charbel Khalil, 26, address withheld, driving a Connecticut State-owned 2021 Chevrolet Malibu, was pulled over in traffic for the traffic light at the Church Hill intersection Road and boulevard. He was behind a 2018 Honda CR-V operated by Hellem Rocha-Berke, 51, of Naugatuck. According to police, Khalil told police his foot slipped off the brake, causing his vehicle to roll forward and hit the rear of Rocha-Berke’s vehicle.

No injuries were reported at the scene.

Khalil received a verbal warning for following too closely.

Newtown Police report Jack Sullivan, 21, of Sandy Hook, driving a 2015 Jeep Patriot, was heading east on Berkshire Road at 3:06 p.m. on June 22. He was traveling behind a 2013 Chevrolet Silverado driven by 77-year-old Gary Verdone of Waterford. According to police, Verdone was traveling with traffic and Sullivan was unable to slow his vehicle in time to avoid contact with Verdone’s vehicle. Sullivan attempted an evasive maneuver but failed, and the front of his vehicle collided with the rear of Verdone’s vehicle. Sullivan traveled on the lawn of a property on Berkshire Road before coming to a stop.

Sullivan was given a violation for not driving a reasonable distance and driving an unregistered vehicle.

A U-turn leads to a collision

Newtown Police report Elijah Kuhn, 20, of Sandy Hook, operating a 1999 BMW 323I, was heading north on South Main Street at 4:30 p.m. on June 22. Ashleigh Garrity, 21, of Sandy Hook, operating a 2004 Acura MDX, was traveling behind Kuhn’s vehicle. According to police, Kuhn attempted to turn around using the driveway at 43 South Main Street plaza and did not clear the pavement before re-entering the street, causing the front bumper of the driver’s side of his vehicle struck the rear passenger. side of Garrity’s vehicle.

Kuhn received an infraction for making a restricted turn.

Newtown Police Report Bianca Guzman, 68, of Sandy Hook, operating a 2002 Ford Focus, was traveling east on Philo Curtis Road near Bishop Circle at 8:52 p.m. on June 22. Zheng Zhang, 52, of Sandy Hook, was traveling west on Philo Curtis Road near Bishop Circle. According to police, Guzman’s vehicle crossed the center line, causing the front driver’s side of his vehicle to sweep into the driver’s side door of Zhang’s vehicle.

No injuries were reported. Guzman’s vehicle sustained crippling damage and was towed off the scene.

Guzman received a violation for not driving on the right.

At the back on Wasserman Way

Newtown police report Patrick Daly, 24, of Bethel, driving a 1995 Buick LeSabre, was heading west on Wasserman Way at 8:15 a.m. on June 23. He was traveling behind a 2022 Tesla Model Y operated by Xiao Weng, 35, of Trumbull. According to police, Weng pulled over in traffic and Daly failed to stop his vehicle in time to avoid a collision with Weng’s vehicle. The front of Daly’s vehicle hit the rear bumper of Weng’s vehicle.

Daly received a written warning for not driving a reasonable distance.

Arrest of a sex offender

Newtown Police report Steven Tenney, 63, of Sandy Hook, was arrested at 9 a.m. on June 23 on charges of four counts of failing to register by a person who committed a sexual offense . He was released on a promise to appear with a July 13 court date.

Newtown Police Report Stephen Berte, 67, of Newtown, was arrested at 12:42 p.m. on June 23, on a charge of unlawfully operating a motor vehicle under the influence of alcohol or drugs . He was released on a promise to appear with a July 7 court date.

Newtown Police report Riley Dibiase, 17, of Middlebury, operating a 2008 Honda Accord, was heading north on Swamp Road at the Botsford Hill Road intersection at 11.28am on June 23. Dibiase turned right from Swamp Road onto Botsford Hill Road and went off the road and shoulder, damaging the curb as the car left the carriageway. The front of Dibiase’s vehicle traveled through thick brush.

No injuries were reported. Dibiase’s vehicle was towed. Dibiase received an infraction for making an incorrect turn.

Newtown Police report Adeniran Adebowale, 45, of West Haven, driving a 2007 Toyota Corolla, was traveling westbound on Berkshire Road in the Zoar Road area at 10:03 p.m. on June 22. Adebowale lost control of his vehicle, passing into the eastbound lane, over the curb, and hit a traffic sign before coming to a stop on the roadside embankment.

No injuries were reported. Adebowale’s vehicle was towed due to crippling damage.

Adebowale received a violation for failing to keep the lane.