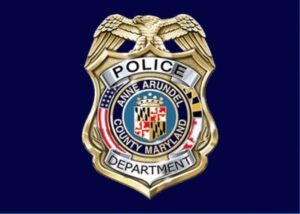 On Thursday, October 28, 2021, at around 2:00 p.m., officers responded to MD Route 4 Northbound near Talbot Road in Lothian, with a reported single-vehicle accident.

Investigation revealed that a red 2006 Chevrolet Monte Carlo was traveling northbound on MD 4 near Talbot Road, when the driver of the Chevrolet exited the roadway and entered a cluster of trees of varying sizes.

The vehicle overturned and came to a stop on its roof among the trees. This caused serious injury to the driver who was extricated by two witnesses to the accident: a nurse on leave and a retired law enforcement officer. The driver of the Chevrolet was treated by staff from the Anne Arundel County Fire Department, but was ultimately pronounced dead at the scene.

The driver of the Chevrolet was transported to the Office of the Chief Medical Examiner (OCME) in Baltimore where an autopsy will be performed to determine the cause of death.

As a preliminary, the main cause of this accident is the fact that the driver of the Chevrolet does not respect his lane. At this time, it’s unclear what prompted the Chevrolet to quit the roadway. The Road Safety Section is investigating and anyone with information is asked to call 410-222-4700.

NASCAR Chevrolet Silverado will have a new look in 2022

What those who worked on the car love