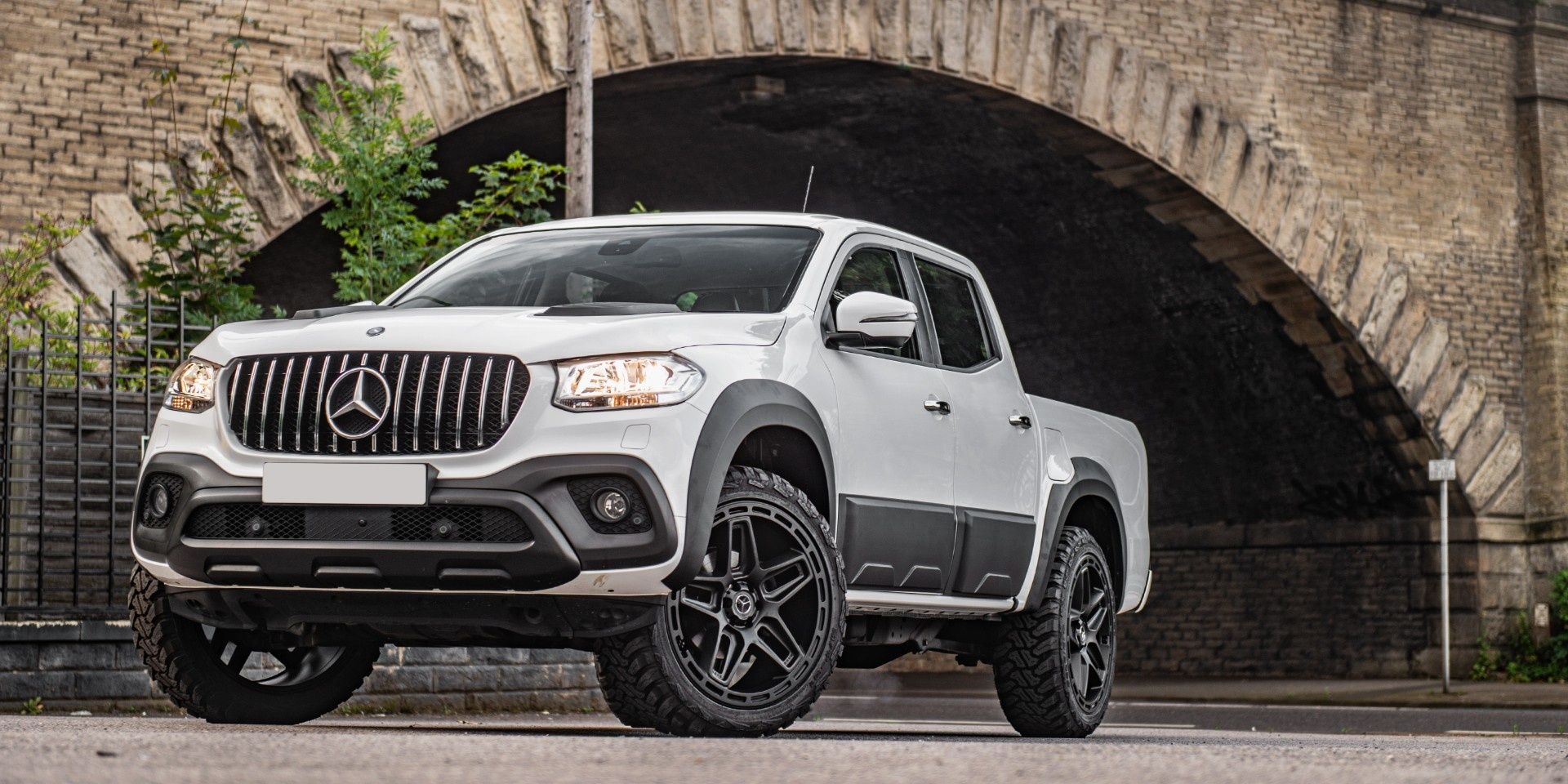 People think these trucks are great off-road…they’re not

Getting away and enjoying the outdoors is appealing to most people, especially those who spend their time crammed into cities with nothing but concrete. To handle the outdoors smoothly, people turn to trucks to take them and their luggage to any destination.

Off-road trails are part of the adventure, and some people might choose to use them on the way to the destination. However, in reality, most trucks were never designed for off-roading, with many failing miserably on the muddiest of trails.

The Ridgeline will do just fine if you plan on going to a campsite using small dirt roads. His the all-wheel-drive system is only good with snow and ice. However, if you encounter a muddy road, you will need to consider re-routing.

Like most trucks on this list, the Honda Ridgeline has low ground clearance, making it an excellent urban warrior. Most users think of the Ridgeline as a truck with car-like handling. However, its maneuverability and spacious interior are not enough to tackle off-road obstacles.

Hummer trucks are a misunderstood bunch. They’re slow, big, cheaply made, have poor fuel economy, and aren’t good off-road. However, trucks were popular among celebrities in the 2000s due to their presence on the road.

The SUT was Hummer’s idea of ​​a pickup truck. It had all the same features as a Hummer, the only difference being the open rear cargo area. The area was ridiculously small making it useless as a work truck. The SUT was the last truck you would want as an off-roader.

Related: Here’s What The 2022 GMC Hummer EV SUT Production Model Could Look Like

The S10 was a compact pickup truck produced by Chevrolet from 1981 to 2004. The latest iteration of the S10 featured a five-passenger crew cab body with a V6 engine, standard all-wheel drive, and standard anti-lock brakes.

Early models of the S10 had a huge fanbase, making them the go-to light commercial vehicles. However, the S10 had limited ground clearance, which made it suitable only for light trails. Other than its off-road flaws, it was a reliable option for most people, but it was later dropped to make way for the larger Colorado.

The Baja was based on the Subaru Outback and replaced the Subaru Brat. It was only in production from 2003 to 2006 and was one of the models that did not sell well for the company. This pickup truck attempt promised great off-road capability.

For such competitive vehicle space, the Baja couldn’t deliver like the F-150. For starters, the Baja had low ground clearance, which made it an off-road disaster. It also had a small bed and less towing and hauling power for a truck.

Related: A Detailed Look at the Subaru Baja

Like the Blackwood, the EXT was also one of the lowest-selling cars in the United States. It was then discontinued in 2013 as customers could opt for the Escalade for luxury and the F-150 for a capable workhorse.

Lincoln created the Blackwood as a luxury pickup truck in 2002. The Blackwood was derived from Lincoln’s Navigator and Ford’s F-150, and it was one of Lincoln’s biggest flops. The truck was available with a 5.4-liter V8 capable of producing 300 hp and 355 lb-ft of torque.

It was also available in a single trim, with all standard Lincoln features. Besides being a fancier version of the F-150 Crew Cab, the Blackwood was not available with an all-wheel-drive system, making it an unnecessary off-road truck. It also had an enclosed, carpet-lined rear area, which made it look like a grassy pickup truck.

Related: Bringing Sexy Back Back: This Lincoln Blackwood Is Transforming Into A Beast

The introduction of the X-Class was a way for Mercedes to try to diversify its commercial vehicle sales. Thanks to this, they could reduce the company’s dependence on the Sprinter van. The X-Class debuted in 2017 in South Africa.

It was a high-priced luxury van that was not allowed to be taken off-road. Like most options on this list, the X-Class didn’t have a true four-wheel-drive system. Also, anyone who wanted a reliable workhorse was better off with the Nissan Navara from which the X-Class was copied.

The SRT-10 might be one of the best pickups ever. It was created as a sports pickup capable of annihilating sports cars and supercars in the straight line and on the track. The Ram SRT-10 had subtle exterior details to hint at the beast that lay within.

Under the hood, the SRT-10 had the Dodge Viper’s 8.3-liter V10 and lowered suspension. The suspension helped the truck get the most out of the engine by ensuring it could accelerate to 60 mph in under 5 seconds. Its lowered suspension also made it a terrible option for an off-road truck.

Produced in 1991 by GMC, the Syclone was a high-performance version of the company’s Sonoma truck. It was the fastest production truck in 1991, with its 4.3-liter turbocharged V6 producing 280 hp and 350 lb-ft. When new, the Syclone could manage a 4.3-second 0-60 mph run and a quarter-mile sprint of 13.4 seconds.

The GMC Sonoma was the best option if you liked the look of the Syclone and wanted a good workhorse. The Syclone had a lowered suspension which made it immediately unusable off-road. Plus, it featured crazy styling that was never meant to be taken off the road.

Putting a supercharged 5.4-liter V8 in a truck is a recipe that made Ford stand out with the SVT F-150 Lightning. The pickup produced 380 hp and 450 lb-ft of torque, allowing it to accelerate from 0 to 60 mph in 5.8 seconds.

The Lightning was a truck for someone who wanted a stylish sleeper that could challenge some powerful sports cars. This made the SVT F-150 an excellent trail and trail weapon. Unlike the standard F-150, the SVT F-150 was not a great workhorse due to its lowered suspension.