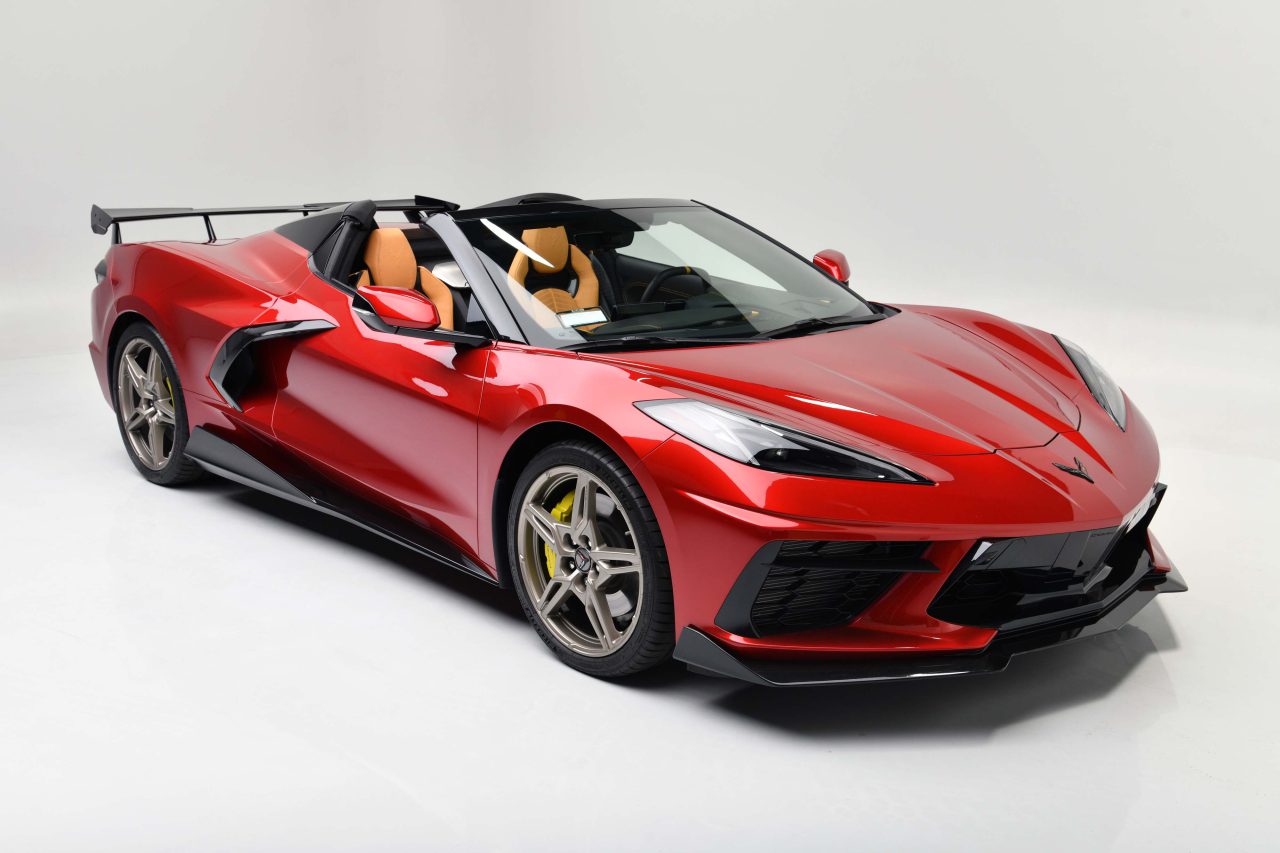 “I want someone to take this car and do whatever makes them happy, to enjoy it,” Paul Stanley said. “That’s really the key word, I think, for any collector of anything – joy. And for me, my life has always been about the joy that I can bring to others. So here’s a car and a guitar Go enjoy.

In 2013, Chevrolet President Mark Reuss asked Stanley if he was interested in helping design a 2015 Stingray for the 2014 SEMA show. Stanley agreed and worked with the design team to develop a color for the Stingray. Long Beach Red was born and available as an option 2016.

When Chevrolet announced production of the 2022 Corvette convertible, Stanley reached out to reserve one for himself.

“I spoke with Mark and Harlan Charles (Corvette product marketing manager) and came up with a combination that played on the touring and sports car aspects of the C8,” Stanley said.

Stanley’s C8 has a 6.2-liter V8 engine mated to an 8-speed automatic transmission. The exterior is finished in Metallic Red Tint Coat, the successor to Long Beach Red, and the seat interior adds to this C8’s subtle styling cues.

“I prefer to draw attention to being underestimated rather than overestimated; it’s just my preference,” Stanley said.

As VIN 001, the first Corvette produced for the 2022 model year, this Corvette is highly collectible, and Stanley wants the winning bidder to embrace its pedigree.

“It’s an incredible car, and to have it with VIN 001 is a collector’s dream,” Stanley said.

Barrett-Jackson is offering Paul Stanley’s Corvette C8 without reserve at the 2022 Las Vegas auction, which runs June 30 through July 2 in the West Hall of the Las Vegas Convention Center.

“I want to make it available to someone who could get the most out of it, whether that’s adding it to a collection or driving it,” Stanley said.