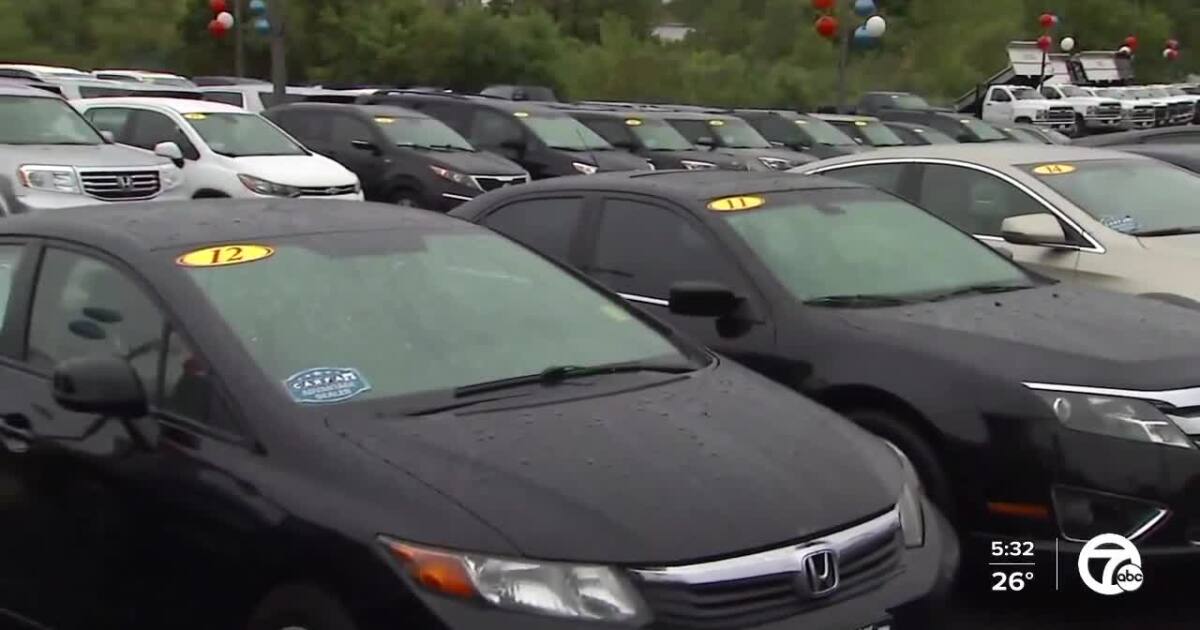 Man stunned when dealer tells him to pay before possession

SOUTHFIELD, Mich. (WXYZ) — A Livingston County family was eagerly awaiting a brand new GMC Yukon when they received an unexpected phone call from the dealership.

“I have ordered a new vehicle. The vehicle has not arrived yet and the dealer wants me to pay cash or get a loan on the vehicle without taking possession of it,” the man wrote on Facebook, adding that the dealer was “threatening to sell the vehicle to someone else” if he didn’t.

The man said he had already waited months after depositing a $500 deposit with the dealership, Todd Wenzel Buick GMC of Davison.

The man said he tried to show proof of funds, but it didn’t matter. He said he had until Feb. 28 to finalize the purchase on paper, which would also include insurance on the vehicle and possibly payments, he wrote.

On Facebook, the man indicated that the vehicle identification number was available, which means that the Yukon was built. He also posted the title application and registration form that had been completed by the dealership and signed by their finance officer with a typewritten “delivery date” of 2/21/2022.

7 Action News contacted the dealership and spoke to Josh Gordon who, on their website, is listed as general manager.

Gordon said it’s about keeping the lights on, paying his employees and managing low supply with high demand.

Gordon said the customer still hasn’t finalized the purchase of the Yukon, which is expected to arrive on March 10.

When 7 Action News asked why the $500 deposit wasn’t enough to hold the vehicle for the man until he actually arrived and he could see it before finalizing the purchase, Gordon said. stated that the deposit does not mean that the vehicle is guaranteed to any particular person.

Gordon said his dealer gets a new vehicle from GM when he sells one. He said it was called “spin and win”. So even if a vehicle has not been delivered to a customer, it is delivered on paper.

But what if someone buys and insures a vehicle before taking possession of it and that vehicle falls off a truck or is damaged or destroyed in some way?

Gordon said the dealership would repair the damage because it is their responsibility to deliver a vehicle in like-new condition or they would “untie the deal.”

And while some people on social media found the process surprising and others even questioned its legality, Gordon said the process is legal and licensed by GM.

An official at another GM dealership, who wished to remain anonymous, said a vehicle purchase is not consummated unless the customer can actually drive it off the lot or take physical possession of it.

Gordon said after several conversations with the customer who wants to buy the Yukon, he told him he would make an exception for him so he didn’t have to pay upfront.

If someone has a complaint about a business operating in the state, a spokesperson for Michigan Attorney General Dana Nessel said they can file a complaint online with their office.