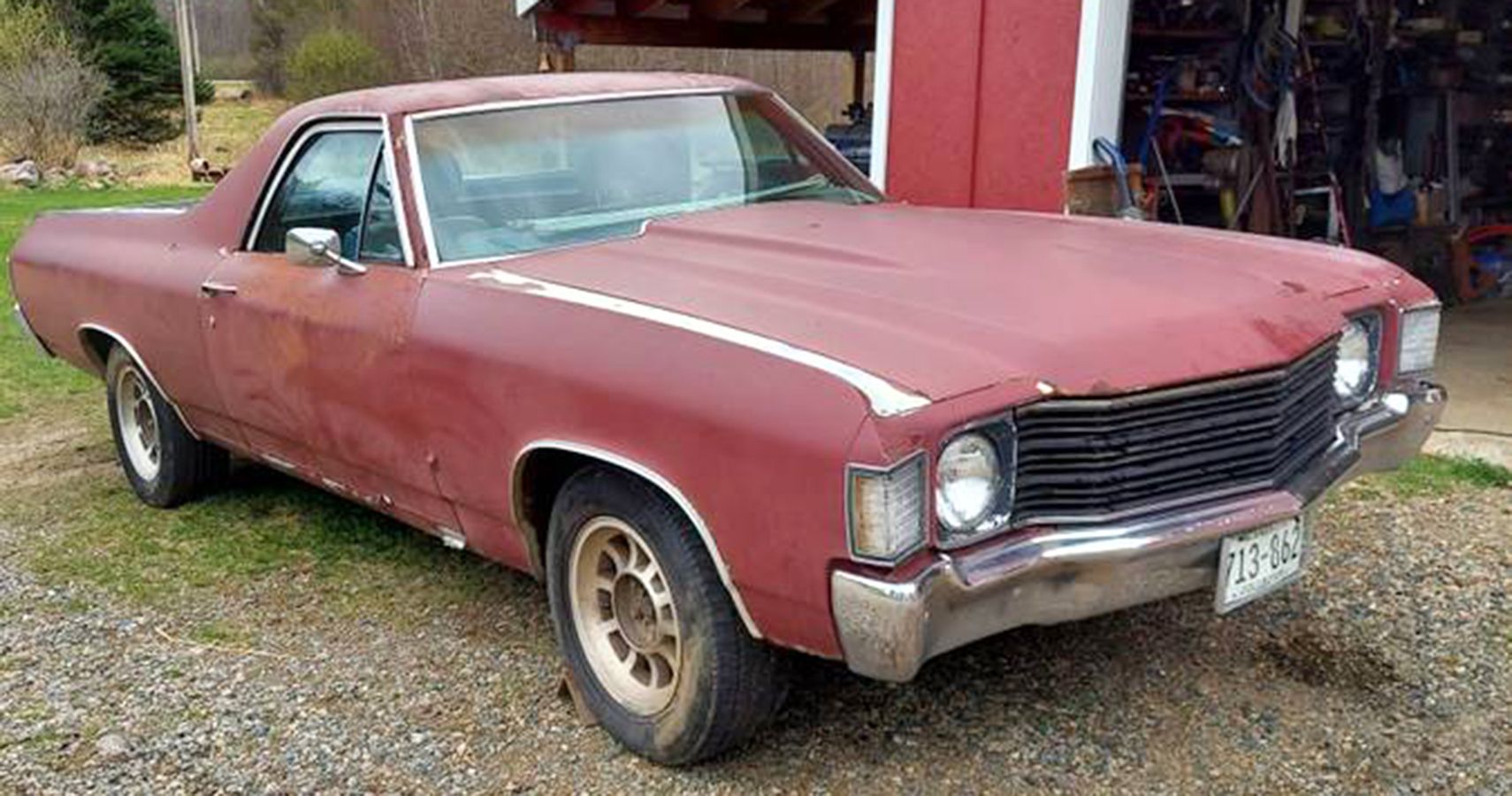 Some people may also buy an old vehicle because they are a fan or vehicles that once belonged to someone they admire, such as actors, singers or athletes. Frank Sinatra fans may want to take a closer look at this 1972 Chevrolet El Camino, which the seller claims was originally owned by the famous singer also known as Old Blue Eyes.

It’s no surprise that a famous singer and actor like Frank owns a collection of vehicles. After that, his career spanned decades, including those of the American muscle car. Frank is also quite famous in his collection of cars, including a New Yorker Cabriolet, a Ford Thunderbird, a Continental Mark II as well as a Cadillac Eldorado. He even owned a Lamborghini Miura finished in antracite orange.

With his great love for cars, Frank may have purchased a new 1972 Chevrolet El Camino. The seller supports his claim with a registration slip from the State of California Department of Motor Vehicles. The slip shows the El Camino as registered in the name of Frank Sinatra Sr., as addressed to a located in Cathedral City, California. Other than that, there aren’t even any online footage of Frank driving an El Camino.

The 1972 Chevrolet El Camino is currently located in Nashwauk, Minnesota, and is for sale on Craigslist for around $ 12,000. The seller put it up for sale online seven months ago for the same price of $ 12,000, and apparently no one took the hook and actually bought the pickup truck. In this ad, the seller claimed to be the third owner of the 1972 El Camino, owning the truck since 1991.

The seller / owner seemed to have failed to take care of this “valuable” and “collector” truck. Over 30 years of ownership, the seller left the truck full of rust and holes. The sheet metal rusted in various places, while the planks in particular appeared to be rotting as the rust continues to eat away at the metal. Its 350 cubic-inch V8 engine with automatic transmission is still running, according to the seller.

1972 El Camino is in dire need of restoration

This El Camino is originally a yellow truck, until someone (the seller maybe) wraps the vehicle in a red primer. Someone may still want to buy this truck, even if it doesn’t belong to Frank, and put it back to its former glory. By the way, the truck runs on gas or propane.

Auto makers are embracing the idea of â€‹â€‹a car-type truck (or truck-type car) again – are you interested in either of these classics?

Julybien Atadero writes from Cebu Island, covering a variety of automotive-related topics including new sports cars, classic muscle, pickup trucks and SUVs. Although I love the peace and quiet, I love to play with my child. When I have nothing else to do, I watch documentaries and animations.