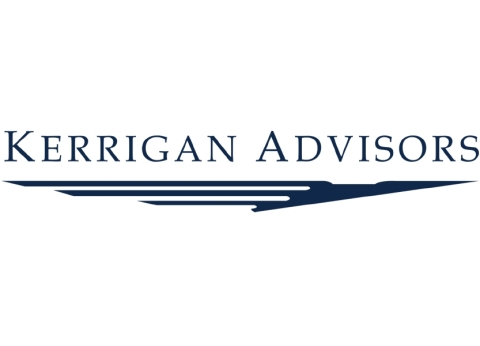 “It was an honor for us to work with the Criscuolo family on this generational transaction,” said Ryan Kerrigan, managing director of Kerrigan Advisors. “The Criscuolos have been prominent representatives of Toyota and Lexus in Michigan since the 1980s and have been visionary partners for these Upper Midwest OEMs. Rosario Criscuolo will forever be remembered as a pioneer in automotive retail in the state of Michigan. These transactions further confirm the depth of interest from growing dealer groups in adding Toyota and Lexus dealerships to their portfolios. »

Established in 1984, Spartan Auto Group has become an integral part of the communities it serves, thanks to the values ​​instilled by founder Rosario Criscuolo. The group’s high performance heritage is evidenced by its award-winning history: Spartan Toyota has won Toyota’s prestigious Chairman’s Award 10 times by excelling in sales satisfaction, service satisfaction, market, vehicle delivery excellence and employee training certification.

“Our dad taught us to focus on relationships. His credo was ‘relationships, not salesmanship’. That’s what made doing business in our dealerships such a special and memorable experience,” said said son and co-owner Derek Criscuolo “We are grateful to have experienced such a positive working relationship with Kerrigan Advisors, whose holistic, focused and sensitive approach throughout the process helped achieve all of the goals and objectives of our family.”

Rosario Criscuolo’s personal approach to car sales and service has helped create a unique Michigan atmosphere at Spartan Auto Group dealerships, whether in Ann Arbor, Dundee or Lansing. “Our dad created a small-town feel in all of our stores, and that was true even in dealerships that serviced big cities like Lansing,” said his daughter and co-owner Deanna Criscuolo. “This family feeling of comfort and belonging is his legacy, and we are grateful that with the support of Kerrigan Advisors at every step of the transaction process – from sales preparation and marketing to negotiations and closing – this legacy will be successfully passed on to Germain and Serra, two highly regarded Midwestern dealership groups.”

Toyota and Lexus are the franchises most sought after by buyers in today’s active buy/sell market, according to Kerrigan Advisors’ second quarter Blue Sky report. Toyota and Lexus’ industry-leading franchise sales, strong profitability, and strong dealer/OEM relationships make these franchises very attractive investments for most growing dealer groups. Kerrigan reports that nearly as many Toyota franchises traded hands in the first half of 2022 as Chevrolet, Ford and Chrysler, Jeep, Dodge and Ram (CJDR) franchises, despite having less than half the number of U.S. franchises. Additionally, Lexus has the highest sales per franchise of any luxury franchise, outperforming BMW and Mercedes by 31% and 46% respectively, and the fewest number of dealerships in its network for major luxury brands, which results in a highly profitable and valuable franchise network.

“We were proud to lead these transactions for Spartan Auto Group and guide them to well-established buyers with strong ties to the region,” said Erin Kerrigan, Founder and Managing Director of Kerrigan Advisors. “The success of these dealerships is a tribute to both the Criscuolo family and the power of the Toyota and Lexus brands, illustrating how the combination of decades of dedication to building the business, exceptional dealer/OEM relationships and ‘a good-sized franchise network translates into high valuations.’

The transactions mark the 167th, 168th, 169th and 170th franchises sold by Kerrigan Advisors since 2015, bringing the total number of franchise sales they have conducted in 2022 to 40, and marking their 8the multi-dealer transaction for the year.

To contact Kerrigan Advisors, the most active selling advisor on higher value deals in the automotive retail industry, click here.

Kerrigan Advisors is the premier sell-side advisor and thought partner to automotive dealerships in the United States. The company advises automotive dealerships nationwide, improving value throughout the life cycle of growing, operating and monetizing their businesses. Kerrigan Advisors has had the honor of representing the biggest deals in the industry, including more of the top 150 dealer groups than any other firm in the industry. Led by a team of veteran industry experts, the firm does not take lists, rather Kerrigan Advisors develops a personalized approach for each client to achieve their personal and financial goals. In addition to Kerrigan Advisors’ advisory and capital raising services, the firm also provides a suite of advisory services including growth strategies, capital allocation, transactional due diligence, open point proposals, operational improvement and real estate analysis.