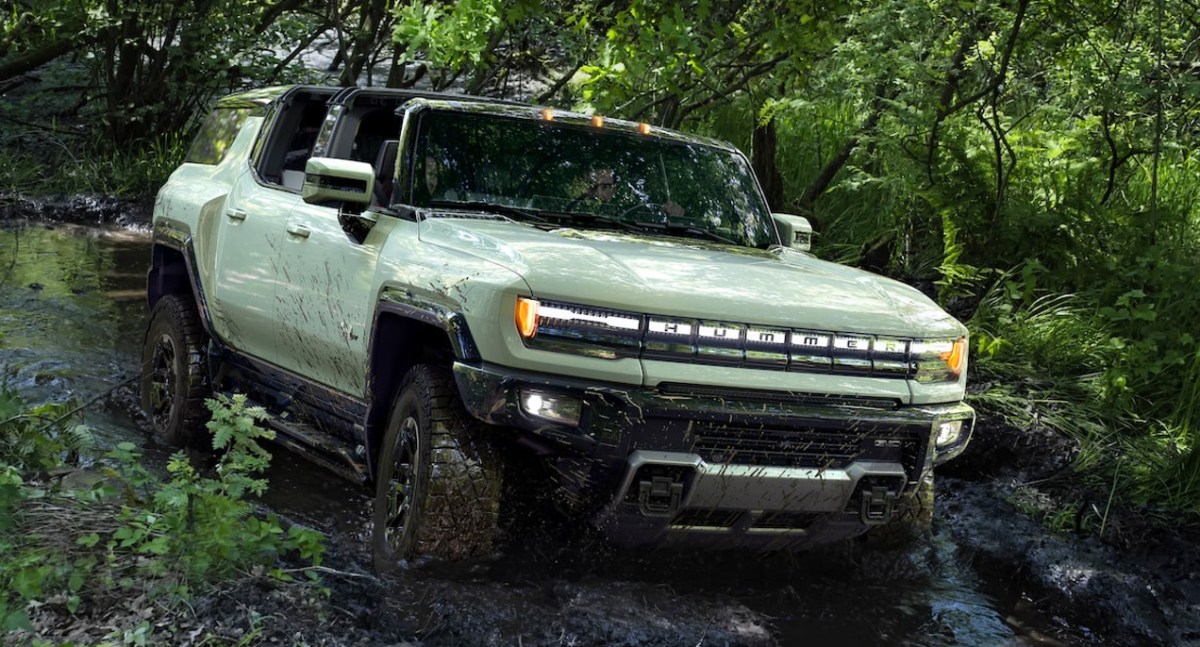 The GMC Hummer EV is unlike anything on the market

The origins of the Hummer can be traced back to a multi-million dollar production contract that AM General Corporation received from the Pentagon in 1983. The high mobility multi-purpose wheeled military vehicle (or Humvee) inspired a civilian version of the unique vehicle in 1992 , called the Hummer.

General Motors acquired the production rights to the Hummer from AM General Corporation in late 1999. The Hummer was a large, expensive vehicle that symbolized living large. GM tried to make the vehicle more affordable and cheaper to refuel by producing smaller variants (Hummer H2 and Hummer H3) of the OG Hummer.

General Motors ended production of the first Hummer model in 2006, and the remaining models became increasingly difficult to sell as Americans struggled with economic hardship. GM announced the resurrection of the nameplate in 2020. The Hummer is officially back, but it’s extremely expensive and it has an all-new powertrain system. Consumers can choose between an SUV or pickup truck version of the exciting new electric vehicle.

The GMC Hummer EV starts at $108,700. Car and driver claims the EV makes a whopping 1,000 horsepower. Yes, you read that right. The electric vehicle can go from 0 to 60 miles per hour in about 3.3 seconds in Watts to Freedom (or WTF) mode. Watts to freedom, indeed.

It’s clear that Ford currently leads the way when it comes to producing the most capable American electric vehicles among the big three automakers. The Ford Mustang Mach-E has become incredibly popular because it’s sleek, practical and fast.

The Ford F-150 Lightning has received over 200,000 orders. Blue Oval electric vehicles are a success. General Motors has come under heavy criticism following the Chevy Bolt‘s billion-dollar battery debacle after the automaker had to recall the Bolt nameplate in its entirety.

GM needs a big win to compete with the Ford Mustang Mach-E and Ford F-150 Lightning. The GMC Hummer EV could be that big capability win. The Hummer EV won’t outsell the F-150 Lightning or the Mach-E due to its high price, but it may distract Ford, so more consumers are introduced to GM electric vehicles.

The battle to create the best electric vehicle has just begun

Learn more about another exciting GM EV, the Chevy Silverado EV RST, in the next article below.

RELATED: The GMC Hummer EV’s Weight Could Disqualify It From Some Markets