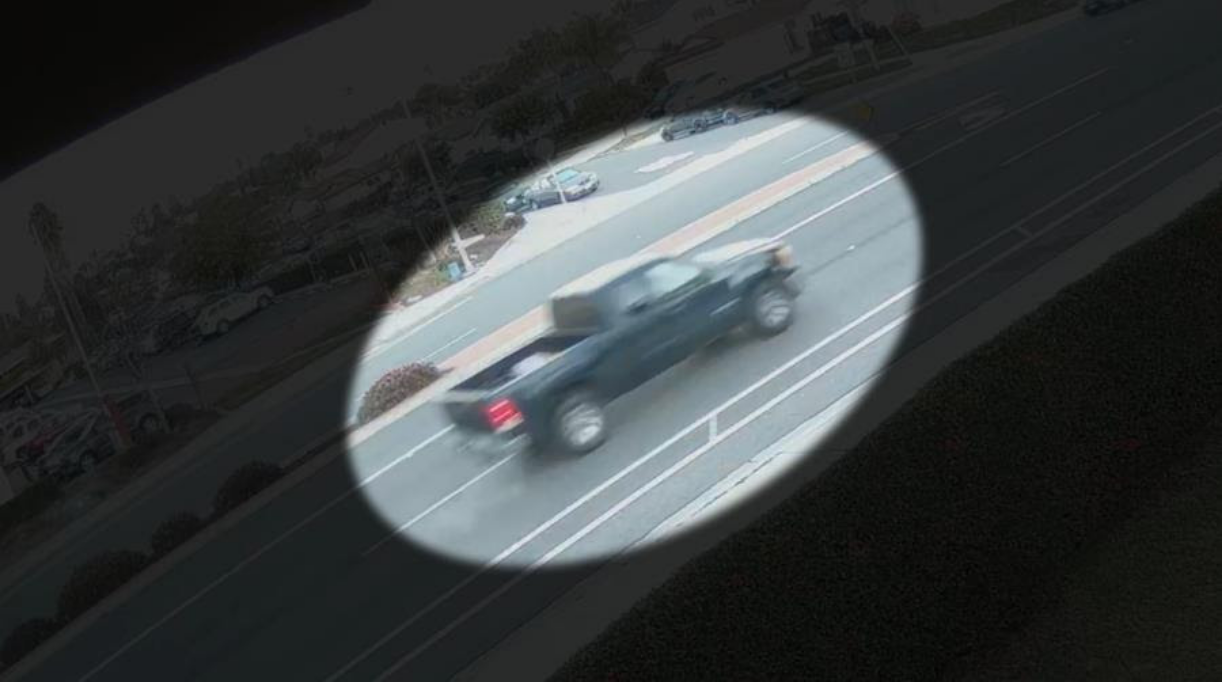 Authorities on Thursday asked for help in identifying a motorist who fled after hitting an elderly pedestrian on a San Marcos street, seriously injuring him.

The victim, 86, was driving through the 500 block of Rancho Santa Fe Road when a northbound black extended cab Chevrolet 1500 struck him shortly after 7 a.m. on Wednesday, according to the San County Sheriff’s Department. Diego.

Following the accident, the motorist continued to drive and left the scene. Paramedics took the octogenarian to hospital for treatment of a severe head trauma.

A surveillance camera captured footage of the truck, a 2010-2013 model that sustained a damaged passenger side mirror when it struck the pedestrian.

Anyone with information about the case is asked to call San Diego County Crime Stoppers at 888-580-8477 or contact the agency online. Tipsters can remain anonymous and may be eligible for a reward of up to $ 1,000.