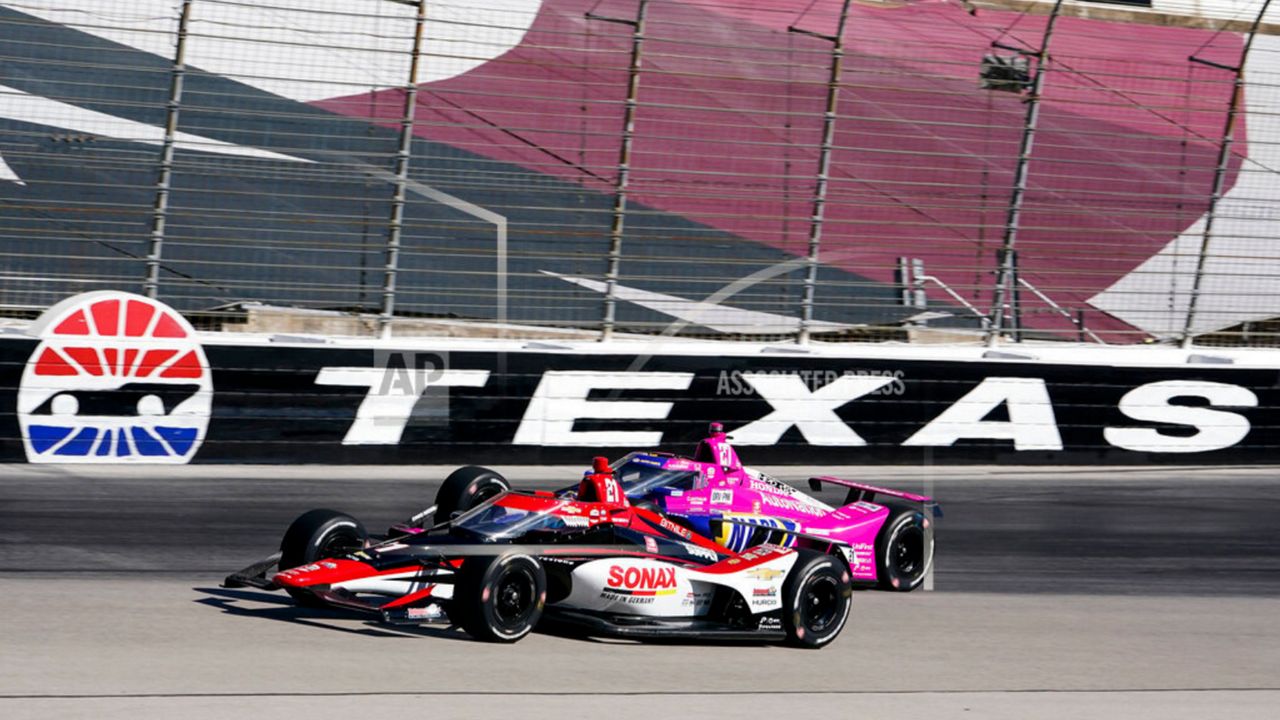 IndyCar and Texas attempt to salvage relationship with strong racing

FORT WORTH, Texas — IndyCar’s long relationship with Texas Motor Speedway is at a crossroads to the 35th race at the track that has always embraced the open-wheel series.

Texas has hosted IndyCar since the track opened in 1997, but its existing contract, made by Eddie Gossage, who retired as general manager last year, expires after the race on Sunday. And now the future of this oval fixture of the IndyCar calendar is in jeopardy.

Attendance has dwindled for years and only a handful of spectators were in the stands on Saturday for three practice and qualifying sessions. IndyCar was up against the NCAA tournament being played 30 minutes from the track in Fort Worth, but there was also a noticeable lack of promotion or activation in the nation’s fifth-largest market.

But the biggest problem is a track reconfiguration and the layouts made for NASCAR made Texas a poor choice for IndyCar. Texas used a cornering traction compound to help create a second passing lane for NASCAR, but the PJ1 compound does not match the Firestone tires used in IndyCar.

It creates a high line that is far too smooth and dangerous for IndyCar drivers: Will Power said the track ‘is like ice’ in the second furrow after leading six other drivers in a special practice session designed to create a second lane.

The 30-minute practice was Power’s brainchild, but the Penske team driver said it would only have been effective if the entire 27-car field had taken part. But very few teams wanted to risk destroying a car on Saturday afternoon with a Sunday morning race looming.

“I looked at it and almost crashed,” said Alexander Rossi.

Even so, the seven drivers on the track racked up 294 laps in a second lane that doesn’t exist.

“It’s been 294 laps that we haven’t done before,” said Jay Frye, IndyCar’s competition president. “We’ll see how it goes.”

Power wasn’t optimistic – he crashed in testing last week while trying to run through the top lane – and said he wouldn’t be the driver to try to create a second lane on Sunday. If others can prove it works, then he might give it a try.

“It’s good that we’re trying, we’re trying to put on the best show we can. So it was worth seeing if we could potentially roll two wide,” Power said. “I think the problem is you have so much scared to get into that stuff and you’re right next to the fence I did the special session because I want a two lane race but in the race situation I’m a bit shy in this moment.

Felix Rosenqvist, after a disappointing first season with Arrow McLaren SP, took a well-deserved pole in Saturday’s qualifying with a lap of 221.110mph in his Chevrolet. Time stood still as 16 drivers tried to knock him off pole and Scott McLaughlin, winner of the season-opening race in St Petersburg last month, narrowly missed the Swede from the first starting place as the last driver eliminated.

McLaughlin went 221.096 for Team Penske to narrowly miss pole but give Chevrolet a front row lockout. Takuma Sato qualified third in a Honda for Dale Coyne Racing and was trailed by Power as Chevrolet took three of the top four spots.

A week ago Colton Herta signed a contract to test a Formula 1 car for McLaren this season – the job his friend and former team-mate Pato O’Ward has also been desperately seeking.

O’Ward, who tested for McLaren in Abu Dhabi in December, can still sign a contract to add to the 2022 testing schedule but has opted to explore the free agent market for now. McLaren boss Zak Brown has repeatedly stressed there is room for Herta and O’Ward – as well as other young drivers – but O’Ward has been on the defensive since the announcement of the signing of Herta last Saturday.

Herta said that in Texas, the two have not spoken since he signed from McLaren. In January, they were teammates on their class-winning car at the 24 Hours of Daytona.

“He shouldn’t be mad at me,” Herta said. “I don’t know if they offered him to drive the car, or what, or if they’re still working on a deal for that. I have no idea, but they asked me, then.”

Herta said his contract with McLaren was completely separate from his current deal with Andretti Autosport, and Michael Andretti said he would take Herta with him to F1 if he could sign a team. But this test contract is for McLaren to assess the Californian – a chance he never thought he would receive when he ended his European pursuit at the end of the 2016 season.

“I feel like until me and Pato came along, and McLaren, there was really no correlation between IndyCar and F1.

And what about his chances?

Grosjean and Magnussen were both dropped by Haas after 2020 as the team went with rookies Mick Schumacher and Mazepin, a Russian who lost his seat as part of the fallout from Russia’s invasion of Ukraine. Both Grosjean and Magnussen had said they would never return to F1, but Magnussen not only returned to his old seat, he was very fast.

Haas was F1’s worst team last year, but Magnussen qualified seventh in Bahrain for the season-opening race. He and Schumacher advanced to the first qualifying round – the first time this has happened since 2019.

“I’m happy for him, I’m happy for Ferrari too, and it’s a complete upset,” said Grosjean, who then praised McLaren’s IndyCar team for taking pole in Texas “because they don’t are definitely not in Bahrain”.

The most reliable car brands for 2022