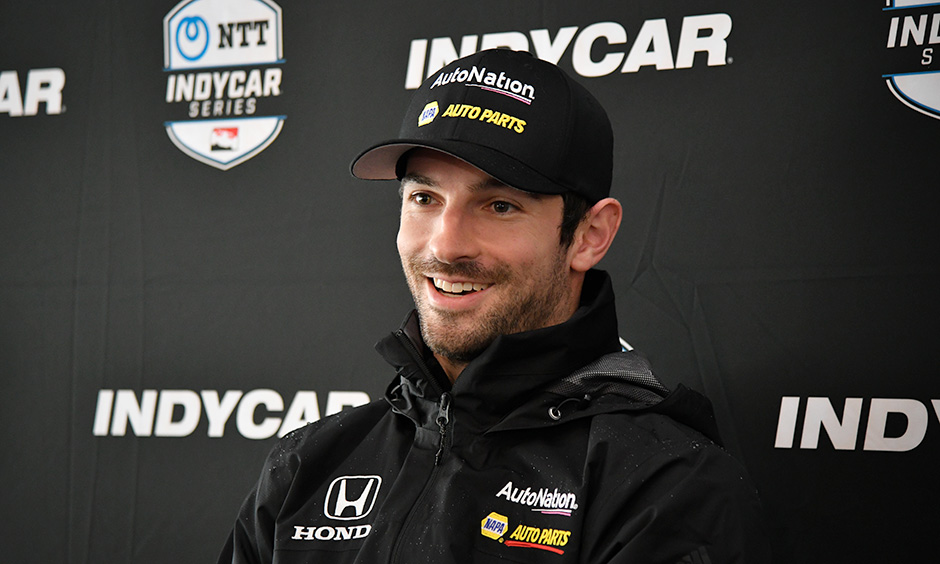 Helio Castroneves, the defending champion of the Indianapolis 500 presented by Gainbridge, delivered a strong message to his colleagues at Meyer Shank Racing during a dinner on Wednesday evening.

“We’re still the defending champions,” the Brazilian said Thursday during the ‘500’ media day at Indianapolis Motor Speedway. “We have to run like this.”

Castroneves will ride the same #06 AutoNation/SiriusXM Radio Honda in which he won last year’s race, but there are many differences, starting with where the machine started this year. The position will be 27th rather than eighth, which requires a different pursuit.

Castroneves spent most of last year’s race running in the top five of 33 cars, a luxury that allowed his car to have better aero conditions than he will encounter in the second half of the season. peloton. It changes things, he said, and he needs to be more in tune with the competitors ahead of him to gain places as they slip.

The other difference from year to year is where Castroneves opposes. For the first time in 22 years at IMS, his box will be at the pit road entrance – the second pit from the entrance, to be precise. He knows this could be a problem as he will slow down and spin sooner than most.

“(The rear drivers) aren’t used to me being in the pits there, so we have to be careful,” he said.

Not All Embedded Videos Are Alike

Several drivers admitted to studying Castroneves’ onboard footage from last year to see how he handled traffic, especially in the closing laps when he beat Alex Palou (No. 10 NTT DATA Honda of Chip Ganassi Racing) . Alexander Rossi (#27 NAPA AUTO PARTS/AutoNation Honda of Andretti Autosport) was not one of them.

Rossi said it can be difficult to know what a driver is thinking about a move, hence the misleading information that can be derived from monitoring someone else’s driving. Plus there are surprises, like in the closing laps of the 2019 race when race leader Simon Pagenaud smashed his way down the straight as the train of challengers reflected.

“I didn’t know what to do with it,” Rossi said. “He got it by watching cycling.”

Pagenaud, a Frenchman who is a big fan of the Tour de France, held on for his first “500” victory.

We talk a lot about shenanigans

Media Day also featured its share of conversation about the shenanigans happening in the driver’s RV park at IMS. Already, an assortment of creative pranks have been played.

Romain Grosjean (Honda n°28 DHL of Andretti Autosport) was surprised by a phone call from IMS Security indicating that his scooter was on the roof of the Pagode.

Rookie David Malukas (No. 18 HMD Honda of Dale Coyne Racing with HMD) said he heard ‘a ruckus’ outside his motorhome the night Alexander Rossi’s golf cart was placed over four trash cans, but he remained silent and remains vigilant in case he is the next to be stuffed.

“I keep my stuff locked up, triple checked,” he said.

Arrow McLaren SP teammates Pato O’Ward and Felix Rosenqvist answered questions on Thursday about the comfort of starting next to each other on Row 3.

Rosenqvist said anxiety comes with it.

“The last guy you want to knock out of a race is your teammate,” he said. “I don’t want to get a call from Mr. Brown.”

IMS President J. Douglas Boles said about 10,000 reserved seats remain on sale for Sunday’s ‘500’ and he expects less than half that number to be available at the start. of the race.

No tickets stay on the front right away and very few are left in the corners of the track. The North Vista has the most tickets available. Boles said total turnout for race day figures was around 325,000.