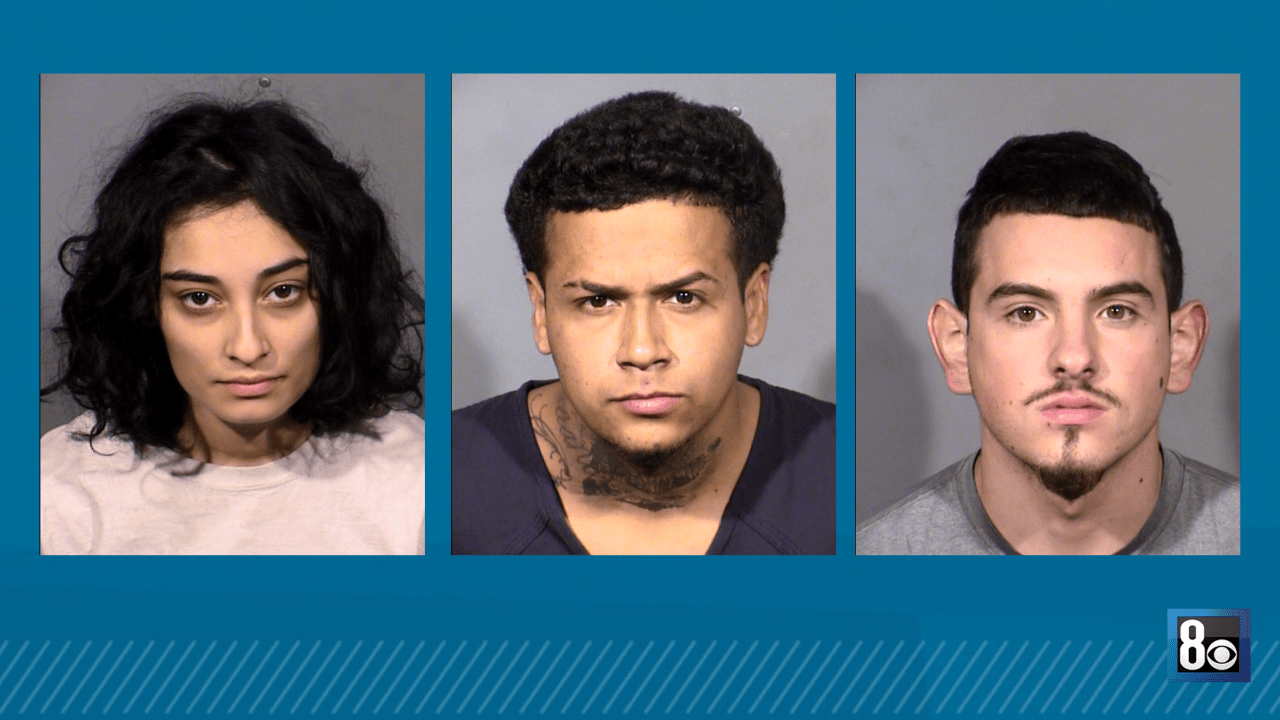 LAS VEGAS (KLAS) – Police say they used Snapchat to find three people they said conspired to kill a man in retaliatory homicide at a Las Vegas intersection, documents obtained by the I-Team.

Last Wednesday’s arrests came after a highway shootout in April, a homicide in mid-August and another homicide at an intersection at the end of the same month, police said.

On August 28, several people were at a party at Soul of Afrika, a restaurant on Rainbow Boulevard where there was an altercation between employees, police said.

As the party wrapped up the next morning, a car with four people on board left. Shortly after, another car pulled up beside her at the intersection of Rainbow and Westcliff Drive and started pulling, police said.

The driver of the first car, who may have been the intended victim, drove to a nearby hospital. Kieron Hatchett, 23, who was sitting in the front passenger seat, later died of two gunshot wounds to the head. In total, police said the car had at least 16 bullet holes.

The next day, detectives reviewed surveillance footage and determined that the gunman’s car was likely a Chevrolet. Later that week, an anonymous source contacted police regarding Hatchett’s death and a possibly related homicide on August 13.

On August 13, police said Anthony Emilian, 18, and Robert Maxwell, 25, had a fight near Sunset Park on Sunset Road, near Pecos Road, leading Emilian to shoot Maxwell. Another person at the scene fired back at Emilian, who later died of his injuries, police said. Booking logs indicate that the shooting was under review by the district attorney’s office as early as Tuesday.

Six older teenagers were injured in the shooting and taken to various hospitals.

After the August 13 shooting, the anonymous source said several people received Snapchat messages from an account requesting personal information, such as phone numbers and addresses, to seek retaliation for Emilian’s death.

The anonymous source also told police she was present at the Soul of Afrika incident on August 28, believing the two incidents to be linked.

Police later learned on April 30 that Emilian shot his ex-girlfriend, Briana Matus, 20, while they were traveling on US 95 near Cheyenne Avenue, police said. Police then searched other Snapchat accounts, finding evidence linking multiple users to the August 29 homicide.

A search for the owner of one of the accounts revealed Mateo Facio, 21, police said. Investigators then searched Matus’ car, a Chevrolet, finding punches on cartridge cases matching those found in the August 29 homicide.

Police believe Facio and Matus followed the Soul of Afrika victims to the intersection where they shot the car. Exavian Diaz, 18, is accused of helping identify the driver of the car before the shooting.

Diaz, Facio, and Matus each face one count of open murder using a lethal weapon, three counts of attempted murder, and one count of conspiracy to commit murder.

All three were due in court on Thursday.

JR Motorsports and Unilever renew their agreement for 2022