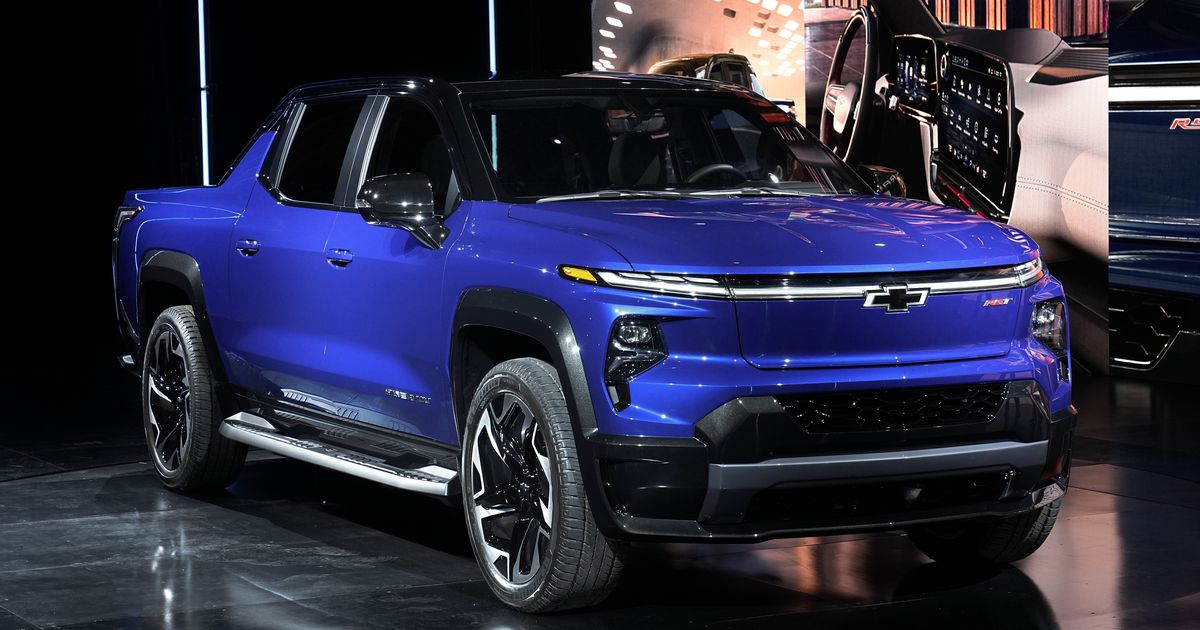 As with buyers of its best-selling RAV4 compact SUV and Camry hybrid sedans, Toyota has found that its retail customers do not want all-electric trucks, which, despite their impressive low-end torque, have poor range, especially when towing. Real-world testing by TFLTrucks.com found that EVs lose approximately 70% of their range when towing.

Toyota expects 25% of its pickup truck sales to be hybrids, which is similar to the percentage of electrified vehicle sales (petrol, plug-in and hydrogen fuel cell hybrids) in 2021 for the rest of its lineup. of models, led by the RAV4 and the Camry. Toyota sold 583,697 vehicles in 2021 equipped with some battery.

“Toyota is smart about doing what they do,” said Karl Brauer, automotive analyst at iSeeCars.com. “Toyota is focused on building vehicles that will sell to customers today, while monitoring the changing demand for electric vehicles. Maybe they’re wrong, but they haven’t been wrong much over the past 50 years and they just sold more vehicles in the US in 2021 than anyone else.

GM and Ford, on the other hand, are making bold bets that consumers will quickly switch to electric vehicles. GM says its lineup will be EV-only by 2035 and has ditched hybrid vehicles to make big investments in all-electric skateboard chassis. Ford is also investing heavily in electric vehicles, but is also bullish on gasoline hybrids with its plug-in Escape Hybrid and Lincoln Corsair and Aviator models.

Like Toyota, analysts say, Detroit automakers are playing to their strength: truck market dominance. Together, they have over 90% of the U.S. full-size pickup truck market.

While GM and Ford have struggled to sell hybrids on the same scale as their Japanese rival, they have a stranglehold on the U.S. commercial fleet pickup and delivery markets. Detroit manufacturers see great opportunities here for electric vehicles.

During her recent speech at the Consumer Electronics Show touting the General’s zero-emissions future, CEO Mary Barra highlighted corporate customer demand for BrightDrop electric vans. Walmart has signed an agreement with the Detroit automaker to purchase 5,000 BrightDrop vans, while FedEx (BrightDrop’s first customer) is already taking delivery of 500 vehicles and more are expected.

“It’s sexy to talk about electric vehicles at retail, but there are actually so many opportunities in the fleet market,” said Ed Kim, industry analyst at Auto Pacific. “Fleet vehicles can travel fixed 150-mile routes with a smaller, cheaper battery. Then they can charge overnight on cheaper utility rates. With the $12,500 in incentives offered by Congress, a Ford Lightning EV, for example, can offset its purchase premium over a gas-powered F-150 by around $10,000.

Ford is bullish on selling the Lightning to fleet consumers while GM sees its BrightDrop van demand translating to the pickup market. Indeed, the fleet-focused Work Truck version of the Silverado EV will beat the commercial version to market in early 2023.

“That’s the beauty of mics,” Kim continued. “They can sell a variety of flavors to fleets and high-end retail customers. Chevrolet launches a work truck, but also a loaded Silverado EV at $105,000.

The Detroit Three will continue to build diesel pickups for the heavy and light markets given their superior towing capacity and mpg numbers. But heavy-duty trucks will soon lose their federal exemption from mpg regulations — and become more difficult to manufacture, just as diesels have become expensive to design in the light-duty market.

“I wanted a diesel engine (for the Tundra). We use brand new overseas diesel engine; it’s fabulous,” said Mike Swears, chief engineer of the Tundra, California. “But diesels in North America are very difficult to certify right now and the demand for diesel is going down. The aftertreatment (emissions) system costs about $3,000 in addition to the cost of the engine. Then comes the hybrid.

“There are things about the diesel that we wanted to make sure we delivered in our” hybrid, the marketing chief said. “Torque and horsepower are the most important things. As we evaluated the various options, what we were able to do with this new hybrid system was deliver more horsepower, more torque and more mpg compared to the outgoing V-8 engine.

Regardless of their electrification strategy, American and Japanese pickups will cost you dearly. Trucks have become the new luxury vehicles with stratospheric sticker prices. Top Lightning and Silverado EV versions will push $100,000. With the Tundra Hybrid, Toyota is introducing a new Capstone model starting at $75,000.

“We’ve continued to see the consumer transaction price in full-size pickups go up. Part of it is towing technology, a lot of it is the advancement of technology,” Moses said. “Consumers aren’t just looking at a basic truck – (they) want a truck that can do it all, but with all the conveniences too.”

And will Toyota develop an electric pickup?

“It comes down to towing priority,” he said. “We will continue to monitor the market.”

Henry Payne is an auto critic for The Detroit News. Find it on hpayne@detroitnews.com or Twitter @HenryEPayne.

This photo provided by Ford shows the 2022 Ford F-150, which was redesigned in 2021 and is one of Edmunds’ top-rated full-size trucks. (Courtesy of Ford Motor Co. via AP)

This photo provided by Ford shows the 2022 Ford F-150, which was redesigned in 2021 and is one of Edmunds’ top-rated full-size trucks. (Courtesy of Ford Motor Co. via AP)