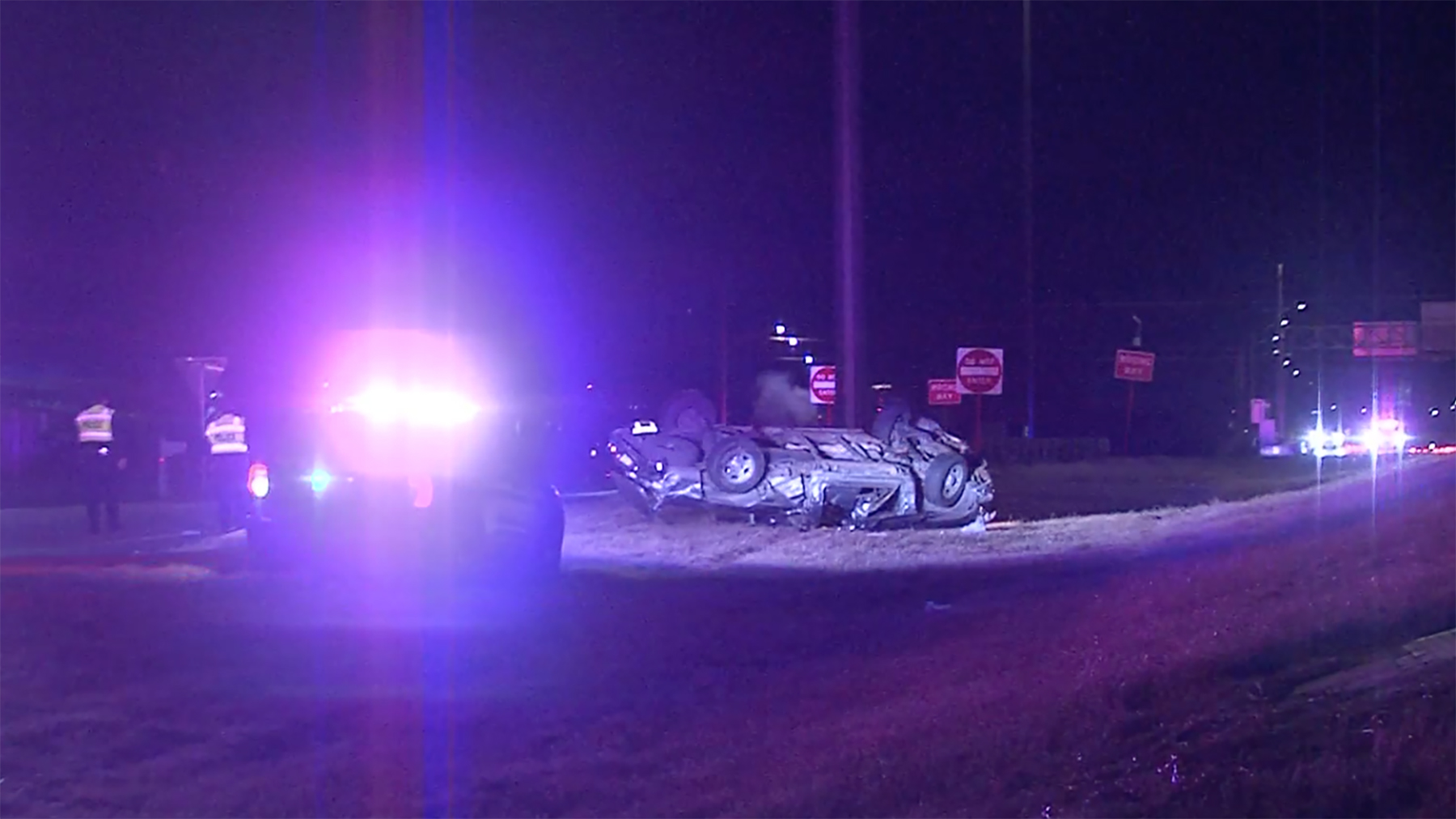 A man died in a single-vehicle highway rollover early Sunday morning on the West Side, officials said.

The San Antonio Police Department said the man was driving a tan 1994 Chevrolet Silverado pickup truck westbound on the 500 block of the westbound 90 freeway when his vehicle drifted over his left shoulder southbound and s crashed into the railing. Police did not immediately identify the driver.

Police say the man over-corrected and crossed all three lanes of westbound traffic and hit the guardrail on the north shoulder of the freeway.

“His vehicle went over the guardrail, jumped, [then] rolled several times before coming to rest in the grass just south of the access road,” police said.

The man, who was not wearing his seatbelt, was ejected from the van, police said. He was pronounced dead at the scene of the accident.

Police transported the man to the medical examiner’s office by ambulance. Officers said “poisoning is suspected as the cause,” but the toxicology report is pending.