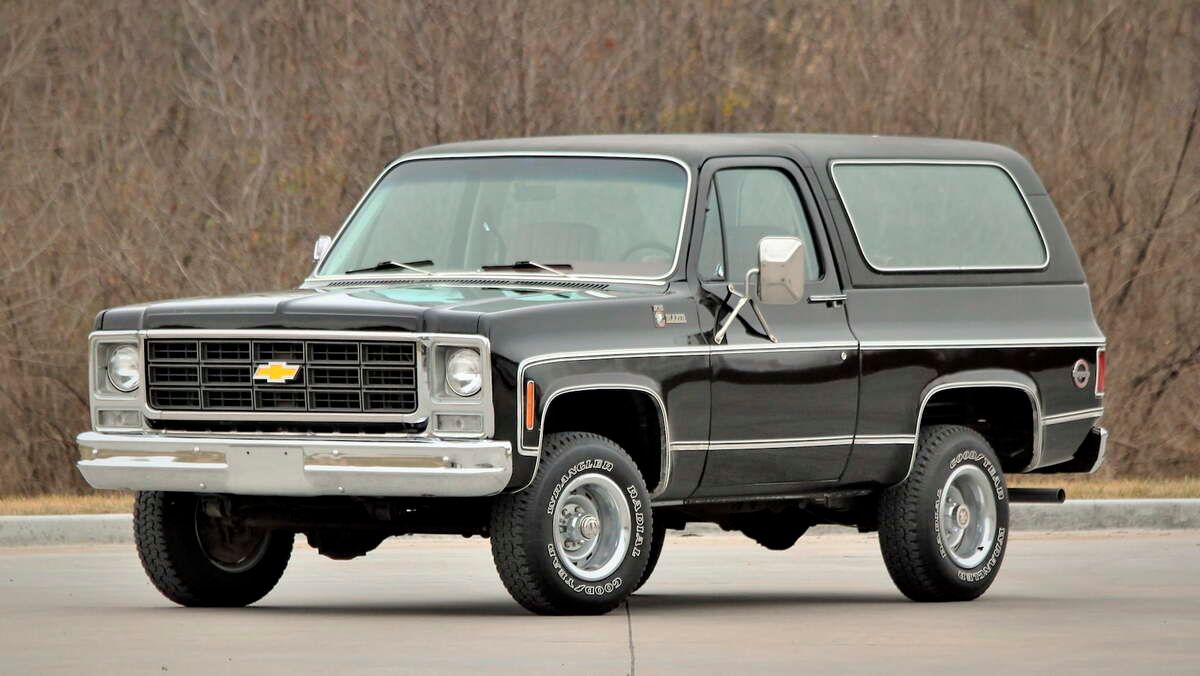 Here’s what we love about the 1979 Chevrolet K5 Blazer

The story of Chevrolet Luxury SUVs are rooted in its classic K5 Blazer models, which began in 1969. After observing the success of Ford’s Bronco and Jeep’s CJ, General Motors, the makers of Chevrolet, decided it was time to ‘explore the world of truck SUVs.

And so, the first generation Chevrolet K5 Blazer debuted with a larger cargo space and a longer wheelbase. GM’s strategy of incorporating its old K10 pickup into the new car worked as the classic K5 Blazers edged out its rivals in sales.

However, the best-selling Chevrolet K5 Blazer didn’t arrive until 1979. The 1979 model is one of the reasons the second-generation K5 Blazers lasted 19 years.

Here are more reasons we love the 1979 Chevrolet K5 Blazer

RELATED: These Are The Most Memorable and Desirable Classic Chevrolet Trucks

The second generation K5 Blazers produced over 90,000 units, and the introduction of the 1979 model influenced this. After a brief first-generation run of the classic K5 Blazers, the company marked the debut of its new generation of truck-based SUVs with box-shaped vehicles.

The K5 Blazers initially used the full form of the first model and the improved engine and structure of its next-generation pickup. In 1976, the K5’s removable roof was replaced with a fiberglass cover over the rear seats.

This design change incorporated into the subsequent K5 Blazer, including the 1979 model, drew positive reviews. Even competing SUVs like Dodge and Jeep have had to produce new versions (Ramcharger and Jeep Cherokee) with similar designs to stay competitive.

Thanks to the improvements, the 1979 model was also flourishing, which included a better fuel door. A sleeker hood and combined parking and headlights were used in the makeover. Custom vinyl decorations in red, beige or blue and various trim delicacies were available on the Cheyenne deluxe trims. In addition, they had a new steering wheel and improved technology.

The transmission and design of the 1979 Chevy Blazer is very similar to other K5 Blazers. The main exception is the combination of rear hatch and tailgate windows which was introduced in 1976.

The new design allows drivers to efficiently use a manual crank placed on the tailgate to remove the glass panel locked in the tailgate.

The manufacturers did an excellent job of making the 1979 Chevy Blazer stylish by including an electric motor function. It was easy to activate the electric motor with two switches: one mounted on the dashboard and operated by key.

Nonetheless, there were complaints and debates over such developments. For example, the alleged mass of the Blazer’s massive glass panel was seen as a significant drawback. Experts believed that mechanical crank gears would degrade quickly.

In addition, the K5 electric motor was likely to overheat and fail repeatedly. Another component of the tailgate of the K5 Blazer that was criticized was the protection switch.

Drivers appeared to have problems lifting the rear window as the tailgate was tied to the engine. In any event, all of the concerns listed served as catalysts for the further development of the 1979 Blazer.

The entire history of truck-based SUVs often contains the rivalry between Ford’s Bronco and Chevrolet’s K5 Blazer. But that’s not how it started between the two classics, as both were originally designed to outperform Jeep’s CJ.

However, the two classic cars found their most difficult competition in each other. Most notably, Chevy had an automatic transmission option from the start. Many people appreciate the comfort of a manual gearbox, yet the automatic offered more torque capacity at the time.

For this reason, the K5 Blazer was easily accepted by drivers at this time. Even though Ford’s Bronco, International Harvester’s Scout, and Jeep’s CJ all entered the market before Chevrolet, the latter still dominated sales.

Annual sales had increased tenfold with the introduction of the second generation Blazers. Subsequent K5 Blazers, including the 1979 model, repeated the same feat year after year.

The 1979 K5 Blazers became a separate type of SUV in 1995, thanks to multiple upgrades. The compact SUV was called Tahoe and had rounder body features and additional internal storage compartments.

In 2001, Chevrolet announced a new Blazer Xtream to bolster weak sales of third-generation Blazers. The attempt was unsuccessful as the Blazer Xtream with a shorter two-wheel drive function failed to attract customers. Thus, the production of Chevrolet Blazers stopped in 2005 to make a comeback fourteen years later.

The 2019 Chevrolet Blazer did not disappoint with exterior features that include a curved sheet metal, a prominent grille and a powerful rear end. Even though the modern design lacks the box-like structure that made the 1979 model famous, the new Chevy Blazer made the same impression as its predecessor.

Like the 1979 K5 Blazer, the new Chevrolet car is designed to accommodate five passengers because it still retains its spacious interior. The 2019 model sold over 58,000 units in the United States in the same year it was opened for sale.

However, the Chevy Blazers are constantly evolving, and the 2021 model with a Camaro-like front end proves it. Interestingly, the 2022 Chevrolet Blazer will be available to order in 2021.

Although Mr. Bean drives a modest 1977 British Leyland Mini 1000, the man behind this particular figure has a huge collection of automobiles.

Marcus has always been interested in machines and the wisdom of the world. When he’s not writing a blog post, you can find him in a recording studio working on his music.