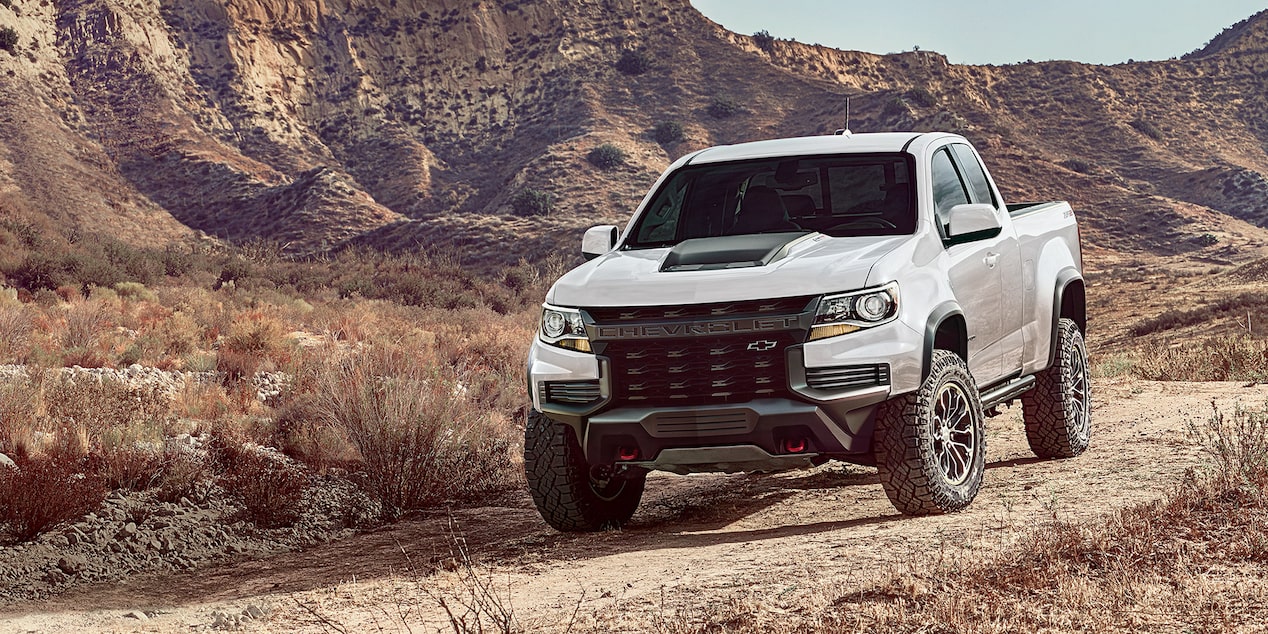 Here’s what we expect from the 2023 Chevy Colorado

Since its introduction in 2004, the Chevrolet Colorado has been a popular midsize truck. It was created to replace the aging Chevy S-10 pickup truck and as of 2015 it is in its second generation. For the 2023 model year, General Motors is expected to release the third generation of this truck. That means it should get a variety of updates and improvements. So what do we know about the 2023 Colorado and will it be a truck worth buying?

The biggest news for the 2023 Colorado pickup truck is that it is expected to enter its third generation. Changes will likely be made to available trim levels, styling and overall capabilities. In terms of trims, the Chevy Colorado midsize truck is currently offered in WT, LT, Z71, and ZR2 trims. According to GM Authoritythat could change, with the Z71 trim eliminated for a luxury-focused truck with an LTZ or High Country package.

Several cabin variants have been seen in spy photos. It’s unclear which cabs will be offered with this midsize truck, but there will likely be several variations. Crew cabs have been in high demand lately, so Chevy will surely offer a Colorado with a crew cab.

Is the 2023 Chevy Colorado a good truck?

The current Chevy Colorado may not be the most popular on the market, but it’s pretty decent. And we expect the same to continue for 2023. The Colorado has stiff competition in the form of other midsize trucks. Rivals include trucks like the Toyota Tacoma, Nissan Frontier and Ford Ranger, all of which have found great popularity.

The 2022 Chevy Colorado has a starting MSRP of $25,200, but higher trims can go way beyond that. If for 2023 Chevy releases a High Country Colorado, it could see prices close to those of a Chevy Silverado 1500. That may have some buyers wondering which truck they should choose.

What engine will the 2023 Colorado have?

We wouldn’t be surprised if engine options were reduced for the 2023 Colorado, resulting in just one engine option. That engine could be the 2.7-liter turbocharged four-cylinder found in the Chevy Silverado 1500. In this role, the powertrain produces 310 horsepower and 348 pound-feet of torque. For some, this may be a slight disappointment, as tradition shows that midsize trucks benefit greatly from V6 powertrains. But that would also mean a reduction in efficiency.

Additionally, the 2023 Chevy Colorado will likely come with four-wheel drive, a sought-after feature for midsize pickup trucks. Whether you live up north in a place like Michigan and need a truck that can handle winter or just want to go off-road with your vehicle, 4x4s can help a lot.

When will this midsize truck go on sale?

It’s unclear when the 2023 Chevy Colorado will go on sale, but it should arrive around the end of 2022. Once more information is released about this vehicle, we’ll share it. This way, potential buyers can determine whether or not this midsize truck is the right choice for their specific needs.

a new fast lap is coming

The Story of Stutz, Stop and Go Fast (Part X)