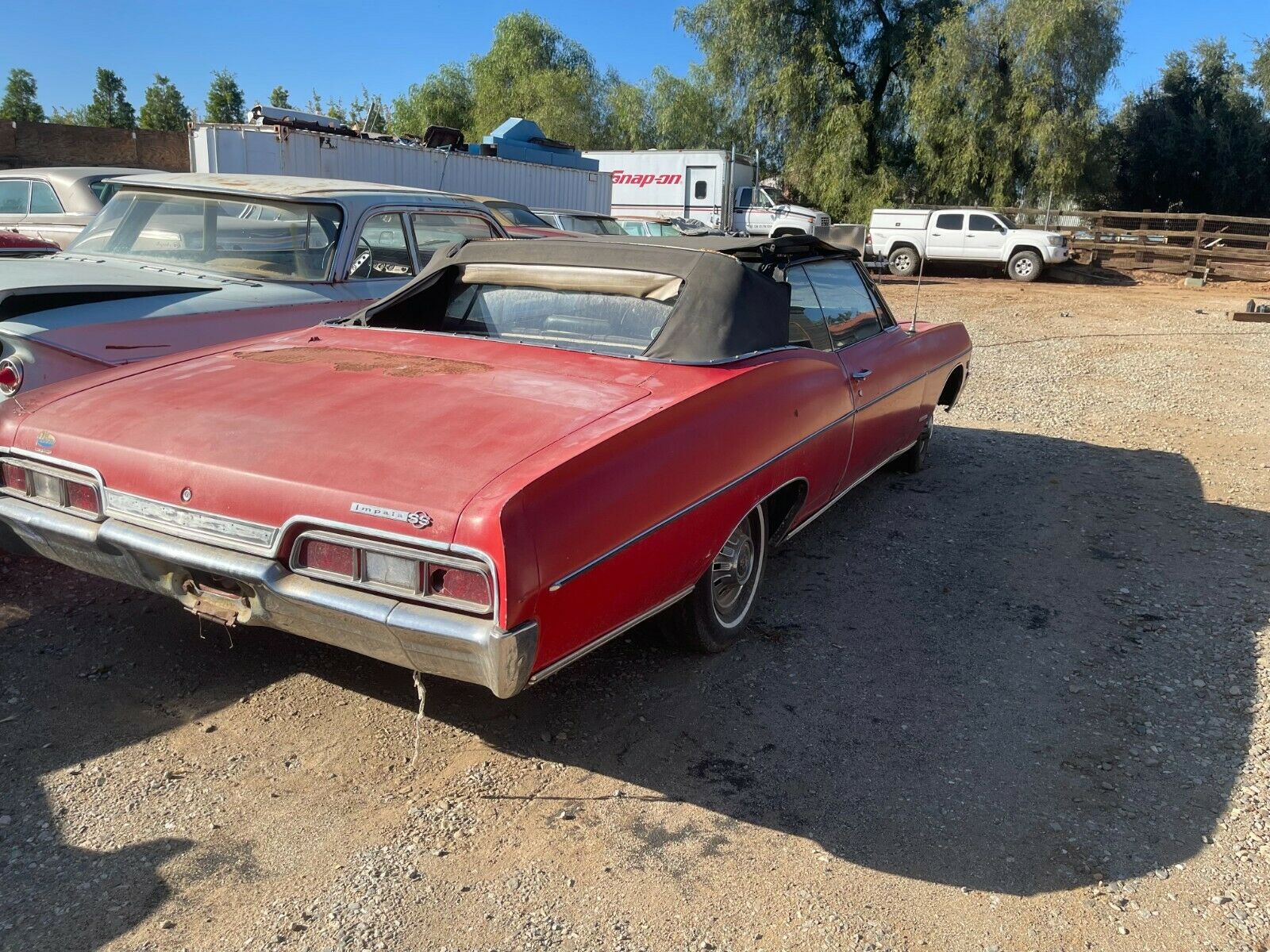 The Impala ’67 was therefore offered with two different base engines. The first was the rather boring but more efficient 250 (4.0-liter) six-cylinder, while the second was the 195-horsepower 283 (4.6-liter) V8.

But it goes without saying that more powerful options were also available. For example, the Turbo-Fire 327 (5.3 liters), which joined the lineup under the code L30, produced 275 horsepower, while the L35, or Turbo-Jet 396, increased horsepower to 325 horsepower.

The L36, however, was the engine everyone was drooling over. The Turbo-Jet 427 (7.0 liters) generated no less than 385 horsepower, with the L72 joining a year later and raising that limit to 425 horsepower.

If you’re interested in what’s under the hood of this Impala, we’ve got some disappointing news in that regard. Unfortunately, the eBay seller ffffrankkkk provided almost no details on the car so the only thing we know is this ’67 SS comes with a no longer working V8.

Is this engine already blocked? Can someone save him? Is this the original unit that came with the car? These are all questions that you won’t be able to find answers to unless you decide to inspect the car in person before you make an offer.

We know, other than what the photos themselves may say about the condition of the car, that new floors and a trunk liner are needed. Most likely, this is due to rust, which is the result of the vehicle probably sitting for a long time.

Saving this Impala will not be easy, however. The starting price is $ 8,500, which is clearly too optimistic, especially for a mysterious car whose engine is no longer running.