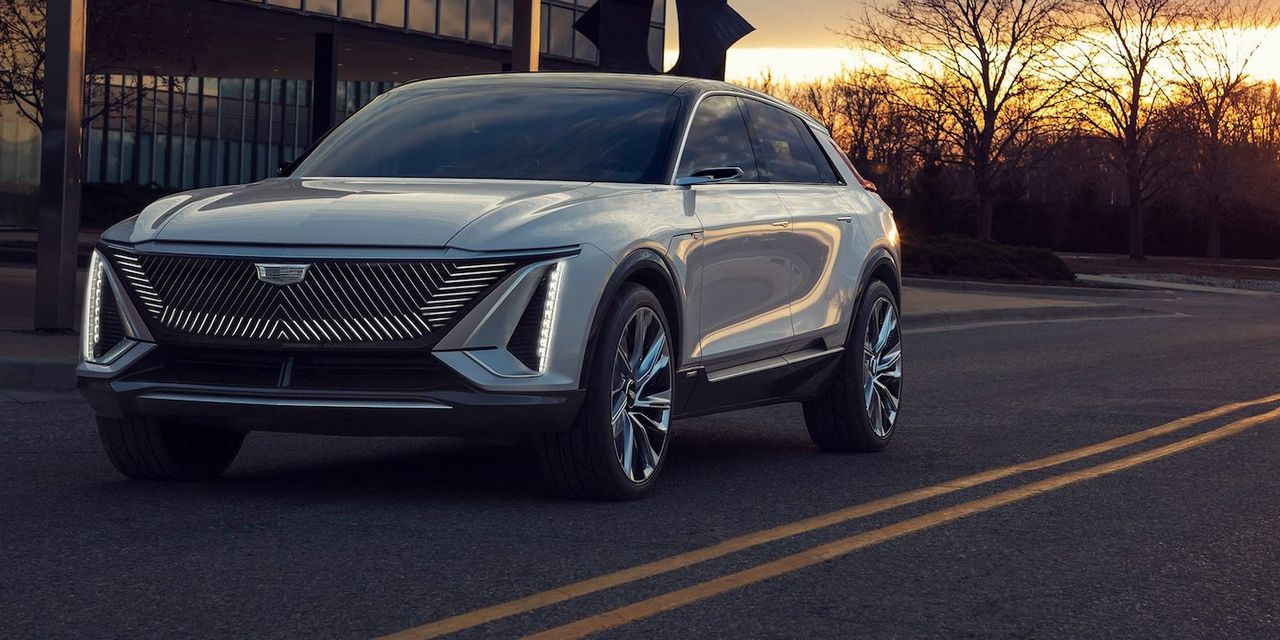 Ultium is an EV battery and motor architecture from General Motors. GM has been making electric vehicles since the 1990s with the EV1, followed by the plug-in hybrid Chevy Volt and the all-electric Chevy Bolt. All three of these cars were revolutionary in their own way, but none of them really caught on.

Ultium is the next chapter in GM’s electric vehicle history. The batteries use nickel-cobalt-manganese-aluminum chemistry, which reduces costs compared to lithium-ion batteries. Ultium uses a modular layout with battery cells that can be stacked either vertically or horizontally.

This highly flexible architecture can be applied to a range of vehicles. This flexibility is key to Ultium’s potential.

The current state of Ultium

The only vehicles on the road today that use the Ultium platform are the BrightDrop Zevo 600 commercial van and the GMC Hummer EV pickup. The Hummer wowed the automotive press and its owners with its thrilling performance, high-tech interior and rugged capability. However, it’s not what we would call an EV for the masses because it’s an expensive luxury truck. An SUV version of the electric Hummer is available for pre-order.

A few other Ultium vehicles are available for pre-order now. The one that comes closest to dealerships is the Cadillac Lyriq. The Lyriq hits a high-tech EV that’s also a relatively affordable luxury SUV. Pricing starts at $62,990, which is actually lower than the average transaction price for a new EV, which sits at around $66,000 at the time of this writing. It’s also priced not far off the gas-powered midsize 2-row SUVs from luxury brands. Deliveries of the Lyriq are expected to begin this fall, but if you order one now, you’ll be waiting until spring 2023.

Two Chevrolet models using the Ultium architecture are available for pre-order; the EV variants of the Silverado and Blazer. These are both quite different from their gas-powered counterparts. The Silverado EV is obviously a direct competitor to the Ford F-150 Lightning F,
.
The two variants available for pre-order are the WT model, starting at $39,900, and the high-performance RST model, which is comparable to the Hummer EV Pickup with a 6-figure price tag.

See: Ford raises price of all-electric F-150 Lightning due to shortages, inflation — here’s how much the pickup will cost

If you like the idea of ​​the Cadillac Lyriq but don’t have the budget for it, that’s where the Chevy Blazer EV comes in. It is an electric midsize SUV with an estimated starting price of around $44,995 and an estimated maximum range of up to 320 miles. This SUV has a lot of potential as a mainstream electric vehicle that would suit the lifestyle of a range of drivers. It will also be available with the Super Cruise hands-free driving system at a more affordable price than a Cadillac or Hummer. You can pre-order one now and get it in summer 2023.

The future of Ultium

The Ultium platform debuts as did the Tesla brand. It starts with low-volume, high-priced offerings like the electric Hummer and gradually progresses to higher-volume, low-priced offerings. One example is the upcoming Chevy Equinox EV. You can’t order an electric Equinox yet, but that’s on a similar timeline to the Blazer EV. GM estimates a starting price of around $30,000; if it can stick to that, it could be a big hit.

Another upcoming Ultium vehicle is the promising Cadillac Celestiq. The brand is positioning its next electric flagship sedan to compete with models like the Tesla TSLA,

Taycan and Audi e-Tron GT. It’s a sign that Cadillac is finally serious about reclaiming the luxury car throne as the “standard of the world.”

Unsurprisingly, an electric version of the GMC Sierra is also in the works. Judging by the history of the Sierra nameplate, it will be a GMC version of the Chevy Silverado EV, probably with a greater emphasis on luxury.

An interesting curve in the history of Ultium is that Honda HMC,

take the platform. The next Honda Prologue is an electric SUV that will likely be mechanically similar to the Chevy Equinox EV. Honda says the Prologue is the first in an “upcoming series of electric vehicles”, so we’ll likely see more Ultium-based Honda models in the future. There are also rumors of an Acura version of the Prologue.

Finally, there’s BrightDrop, the newest brand in the GM family, which you may not have heard of until today. BrightDrop is an electric vehicle brand for commercial vehicles. FedEx FDX,

has signed a deal to reserve 5,000 of them. If you live in an area with rich EV charging infrastructure, you might soon see these vans delivering packages to you. This new brand will likely continue to compete with Rivian’s electric vans.

So here’s what we know so far about the present and future of the GM Ultium platform. Since it can underpin a range of vehicles, from a luxury sports sedan to a pickup truck to a humble compact SUV, the possibilities are nearly endless.

It is likely that the Chevy Camaro will become fully electric. The Camaro has struggled for years to compete with the Ford Mustang and the Dodge Challenger. The poor Camaro is plagued by constant rumors that it’s about to be discontinued again, like in 2002. That might be true for the gas-powered Camaro, but an electric Camaro that’s still affordable on the low end of range and performance on the high end would be an exciting addition to the world of electric vehicles.

Also see: This is where GM wants to install 40,000 new EV chargers

Some versions of the Chevy Bolt will likely continue and eventually transition to the Ultium platform. But what about sedans like the Malibu? Will Chevy follow Ford’s lead and ditch sedans and hatchbacks altogether? There could be a real market for a Malibu or Impala based on the Ultium platform with long range and a low price. We will see.

Then there’s Buick. GM announced that Buick would become an all-electric brand in the United States with a new logo and all. However, the automaker has not made any specific product announcements. Buick announces that its first electric vehicle will be available in 2024 and that each electric Buick will bear the name “Electra”.

It also recently unveiled a new Wildcat EV concept in China. It’s a sporty coupe that probably won’t see the light of day but gives us a glimpse of a new design language for the brand. It’s good to see Buick building on its long history with old names like Electra and Wildcat to breathe new life into what has become a premium SUV economy brand. An electric Buick Riviera or Grand National would be nice, but don’t expect too much.

Don’t miss: Not ready for an electric car? These future models might change your mind.

Time will tell us

The Ultium platform currently only has one vehicle available on the market, and it’s a very expensive Hummer. However, there are good reasons to be optimistic about the future of GM electric products. GM is taking its time to go electric and has already impressed with the variety of Ultium architecture vehicles. The General is making big promises about affordable electric vehicles for the masses, which we’ve heard before. Time will tell if it’s for real this time.

The Pros and Cons of Buying a Raised Pickup Truck