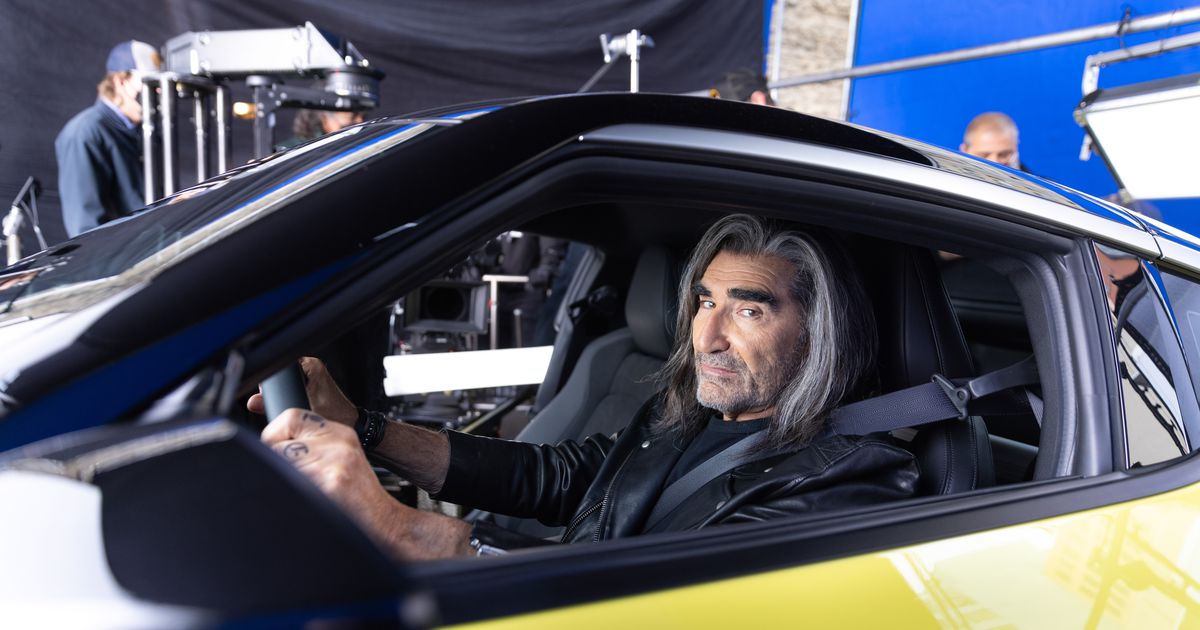 Automakers are going electric with their Super Bowl ads this year.

The marketing of electric vehicles is unsurprising given the industry’s colossal shift towards battery-powered products, but it shows just how well automakers know they need to tap into a mass audience. in their efforts to persuade consumers to go electric for their vehicle.

“We are working hard…to create an all-electric, zero-emissions future for everyone. And a very important part of that is getting people excited about electric vehicles,” GM chief marketing officer Deborah Wahl said on a media call this week.

“We wanted to use the Super Bowl platform to continue to raise awareness of the important role electric vehicles can play in the fight against climate change.”

Beyond the auto industry, ads at all levels this year should be less about building solidarity in the fight against the pandemic – as they were last year – and more about moving on.

“This year…it’s been like an escape,” said Marcus Collins, associate professor of marketing at the University of Michigan’s Ross School of Business. “This is the turning point, the next chapter of the pandemic and all the social unrest that has ever existed. At this point, people are putting their heads in the sand trying to get through it all.”

NBCUniversal reportedly sold ad space, with many spots going up to $7 million for a 30-second ad.

GM is back this year to promote its “Everybody In” campaign with an ad featuring Mike Myers’ character, Dr. Evil (EV-il) from the Austin Powers movies. In the ad, Dr. Evil attempts to stop climate change, which has taken its place as the #1 threat to the world.

The commercial opens with Dr. Evil and his comrades – No. 2 played by Rob Lowe; Scott Evil, Dr. Evil’s son, played by Seth Green; and Frau Farbissina played by Mindy Sterling — gathered at the headquarters of the GM Renaissance Center where they took over.

Dr. Evil is encouraged to help ‘save the world first’ before taking it over by reducing tailpipe emissions with GM’s line of all-electric vehicles powered by Ultium, the new electric vehicle platform from GM. The ad showcases some of GM’s current and upcoming products, including the GMC Hummer EV, the electric Chevrolet Silverado and the Cadillac Lyriq.

The 60-second ad will appear in the third quarter of the match.

In 2021, EV consideration was 5% and is now 39%, according to GM internal studies, but the automaker still feels “the need to keep working on this idea of ​​standardizing EVs and help Americans across the country truly see themselves as one,” Wahl said.

Ford Motor Co. will not have in-game advertising this year. Details of Stellantis NV’s advertising plans had not been disclosed Thursday morning.

Nissan is back for this year’s Super Bowl with its first commercial since 2015.

Suit-wearing Levy is encouraged by Brie Larson, star of Captain Marvel, to take the bold yellow sports car for a spin. Levy starts out driving modestly, but as he experiences the power of the Z, he lets the thrill of the ride take over. He passes comrade Schitt’s Creek Catherine O’Hara, who drives an all-electric 2023 Nissan Ariya and surprised to see Levy behind the wheel of the Z.

Marvel movie stars Danai Gurira and Dave Bautista see Levy enjoying the ride and follow him. Levy then suddenly transforms into an action movie star with long hair, a leather jacket, and tattoos who flies through the sky in the Z to save Bautista in a fiery action scene.

Nissan felt it was the right time to return to the Super Bowl this year after more than a year of “massive investment” in the brand, chief marketing officer Allyson Witherspoon said.

“We ran a year-round brand campaign that tells different chapters of Nissan’s story, and it gained a lot of internal and external momentum,” she said. “The second element is that we’ve been in the midst of a massive product transformation.”

Nissan is launching both the Z and the Ariya electric crossover this year.

With the brand push and new products, Nissan thought “it was time for us to go back and advertise in the Super Bowl,” Witherspoon said.

The announcement will be released in the fourth quarter.

The 60-second spot, titled “Robo Dog,” tells the story of a robotic puppy for sale at an electronics store that craves human affection. He spots a man in an EV6 and chases him around town. When Robo Dog finally has a chance to grab the man, he leaps into the air but after all that running his battery runs out and dies. But then the man plugs Robo Dog into the EV6 on-board charger and Robo Dog comes back to life. The ad ends with Robo Dog riding a shotgun in the EV6.

Kia’s announcement will be released in the third quarter.

“The EV6 marks Kia’s debut as a provider of sustainable mobility solutions and is the next step in our transition to electrification,” Russell Wager, vice president of marketing for Kia America, said in a statement. “To present the Kia EV6 to over 100 million viewers, we wanted to juxtapose the future with the emotions we all know and understand today – the love that can be shared between a human and an animal.”

BMW is back with its first commercial since 2015 to promote the BMW iX sports activity electric vehicle. The ad features Arnold Schwarzenegger as Zeus and Salma Hayek Pinault as Hera. The Greek gods decide to retreat from Mount Olympus to Palm Springs, California. But Zeus finds himself frustrated on earth with confusing electronics and annoying neighbors constantly asking him to use his powers to recharge their earthly objects.

Hera surprises Zeus with the electric BMW iX. The ad, which airs in the first quarter of the game, ends with Zeus and Hera dancing and singing Eddy Grant’s Electric Avenue while driving down the road in their new vehicle.

“All-electric mobility is at the very heart of the BMW brand,” Jens Thiemer, senior vice president, customer and brand BMW, said in a statement. “There’s no better place to make that statement than in front of one of the biggest TV audiences in the world, where viewers listen to the commercials as much as the game. With Arnold and Salma, we’re able to show the new BMW iX to the world in a memorable and impactful way.

Toyota Motor Corp. will have two ads in this year’s game.

The ad follows the brothers on a cross-country ski trip together, then discusses Brian’s loss of central vision due to Stargardt macular degeneration. The brothers continue to train with Robin acting as Brian’s guide. At the end of the commercial, it is noted that the brothers went on to win 10 Paralympic medals.

“Brothers” will air during the game’s first commercial break.

A look back at the racing movies of 2021