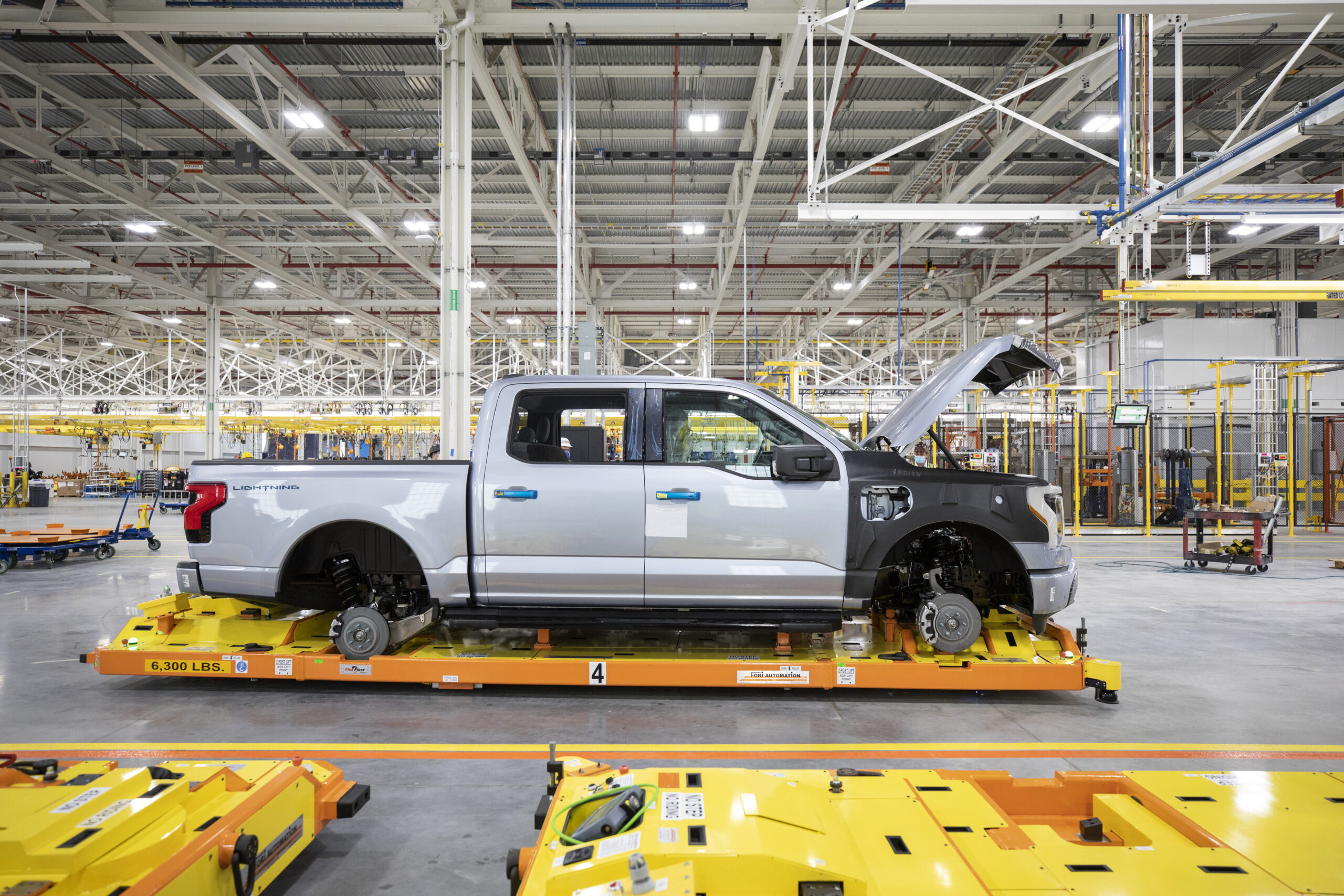 Ford is electrifying its best-selling F-150 pickup. The F-150 Lightning is an argument for rural drivers that you don’t have to be an early adopter or environmentalist for an electric vehicle to make sense.

Cole Brodine has been driving a Chevrolet Bolt in rural central Nebraska for about a year. He received comments on the electric car.

“At first I got a lot of teasing from people in town,” said Brodine, who works in the local public food district. “It’s kind of a small car and I’m a bigger guy. So a lot of people think it’s funny, like a clown car or something.

But lately, some in the peanut gallery have changed their tune.

“Over the past few months, with gas prices skyrocketing, I’ve had a lot of questions from people who I don’t think would ever buy an electric vehicle,” Brodine said. “All of a sudden they are very interested.”

This interest in electrics in the heart of the country is good news for Ford, which is launching its first electric pickup, the F-150 Lightning, this spring. Making an electric version of its F-150 — a top-selling vehicle in the United States for more than 40 years — is a big gamble for the company.

“The F-150 generates the majority of Ford’s profits,” said John Murphy, who watches the company as an analyst at Bank of America. “And it was for a time the best-selling vehicle in the country for decades. It’s really the cornerstone of Ford’s business.

The trucks have symbolized the internal combustion engine, but the company is trying to show old-school drivers how electric vehicles can work in the country.

It is also an important argument for the future of electric vehicles. Rural America is home to 70% of the nation’s roads, and President Joe Biden’s goal that half of all vehicles sold in 2030 will run on electricity won’t run without drivers in the Midwest.

While Chevrolet and GMC have electric pickups in the works, Murphy said Ford has an advantage by being first. He said all electric trucks could bring transformation to the center of the country.

“Electric pickups may be the real tipping point for EVs, which means your traditional truck buyer in the Midwest can join forces with the early technology adopters of Teslas on the coast to really start tipping the scales. “

The company has been working to make the Lightning a functional pickup that can fit into lifestyles outside of big cities, said Wanda Young, global marketing director for Ford Pro’s commercial division.

“You cannot separate a farmer from his truck; it’s like their favorite pair of jeans,” she said. “And we see so many of our customers come from all kinds of backgrounds, from plumbers to landscapers to electricians, and they’re all talking about how to make that transition to electric.”

The Lightning can tow up to 10,000 pounds with a 320 mile extended range battery. The standard battery has a range of 230 miles. It has outlets for plugging in tools when you’re out in the field or on a job site. It will even power a house for up to three days.

Brad Brodine is Cole’s father and operates farms in central Nebraska. He’s intrigued by the truck’s specs, but would like to see the real-world F-150 Lightning’s hauling capabilities and power before putting in the cash.

“Farmers sort of sit down and we want to make sure things are going to work because everything is expensive, you know? ” he said. “We don’t mind trying new things. If we think it’s going to work, we’re very excited because innovation has been a good thing in agriculture.

About 45 miles away, Kent Urwiller is also considering the F-150 Lightning.

“I’m not a Ford guy,” he said, standing in his garage where he has an immaculate 1984 Chevrolet Silverado parked next to a Tesla and a “Chevy Race Fans Only” sign on the wall. “But I wouldn’t mind getting one for our business.”

Urwiller runs an internet service company in rural central Nebraska and he wants to buy power microphones for his employees. They do about 150 miles a day, well below Ford’s advertising range for the pickup. And it could save the company a lot of money – right now he fills a 300 gallon tank of gas almost every week for the fleet.

The F-150 Lightning would meet Urwiller’s needs perfectly, said Carla Bailo. She is the executive director of the Center for Automotive Research, a non-profit organization that studies issues facing the automotive industry.

“If you have a fleet of trucks that operate within a certain distance and you have a place to recharge those trucks, you’ll be fine,” she said. “If you’re using it on your farm to take to the field, plug it in overnight, perfect.”

But charging infrastructure has blind spots in the Midwest. Bailo said that wouldn’t be a problem for the 95% of drivers who charge from home, but it could keep people who need their trucks on the road, like people working at the rodeo track with their trailers at home. horses, for example.

“If you’re doing long-haul stuff with a trailer behind you, that’s where you’re going to be a little worried,” she said.

So far, old-school F-150 drivers don’t seem to be signing up en masse to go electric. The company said about 75% of people who sign up for Lightning are new to Ford.

But attitudes could change once the F-150 Lightning hits the roads, Don Cox said. He taught electric car courses at the University of Nebraska-Lincoln and has seen electric vehicles proliferate since he had the 60th Tesla Roadster delivered to customers in 2008.

It’s like a snowball — people have become familiar with electric vehicles after seeing more of them on the road and watching their neighbors try them out, Cox said. He predicts that the cycle will repeat itself with electric trucks.

“It will make a difference when Joe has been on the road driving the F-150 Lightning for a year or two and had no issues,” he said. “That’s what made the difference for the cars now.”

The F-150 Lightning may still have to contend with the hostility toward electric cars, which Nancy Meyer experienced first-hand. She will occasionally receive a sarcastic comment for the Chevrolet Bolt she drives in rural Nebraska. When she was still driving a Prius, someone even placed a sarcastic note on the windshield.

But she said she hopes the truck can change the perception of electric vehicles in the area.

“They think of them as golf carts, which is not true. They have the power, they have the pickup,” Meyer said. “Maybe little boys will start dreaming of owning a Lightning instead of a big gas truck.”

This story was produced in partnership with Harvest Public Media, a collaboration of public media newsrooms in the Midwest. It reports on food systems, agriculture and rural issues. Follow Harvest on Twitter: @harvestpm

GM and Honda will create “affordable” electric vehicles together