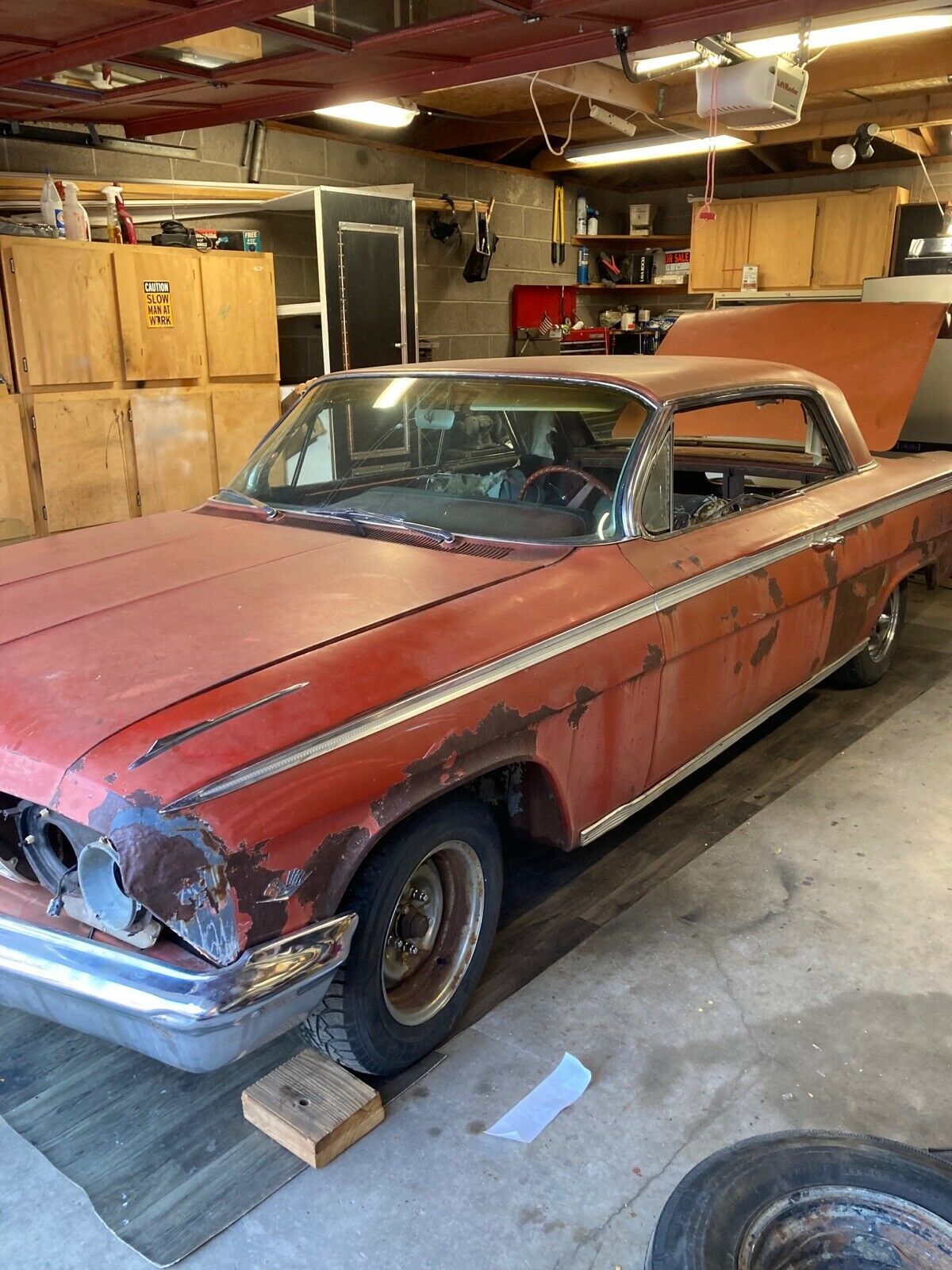 The Impala SS first saw the light in 1961, so its popularity was already on the rise when Chevrolet introduced the 1962 model year.

Needless to say, the GM brand always wanted to give the SS a distinctive look compared to the rest of the lineup. For the 1962 AM, the Impala SS was therefore fitted with a special trim that included a guilloche aluminum panel at the rear, as well as additional chrome details.

The engine lineup again included economy six cylinders and more powerful V8s, but as before, the 283 (4.7L) and 327 (5.2L) ended up becoming the more common choices.

The small block unit is also responsible for setting the wheels in motion on this Impala SS ’62 here, though we’re not told whether it’s still running or not.

However, we do know that the car is 99% original as the only change is a new carburetor installed by the person currently selling it. The good news is that the original carburetor is still there, so in theory you can still reinstall it on the Impala if you’re trying to keep it 100% original.

As you can easily guess with a few clicks in the photo gallery, the only option for this SS is full restore. Having been part of the same family since new, this Chevrolet Impala has already received a series of basic fixes, such as new oil and new brakes, but those don’t mean much anyway. .

Complete restoration is always the only way to go, and the rust that can be seen all over the place is going to be particularly difficult to deal with.

Unsurprisingly, the car has already caught the attention of several Impala fans, as the highest bid of $ 2,700 is not high enough to satisfy the reserve. EBay seller highcountry303 did not disclose the reserve value, but with 6 days until auction ends there is a chance it will be reached anyway.