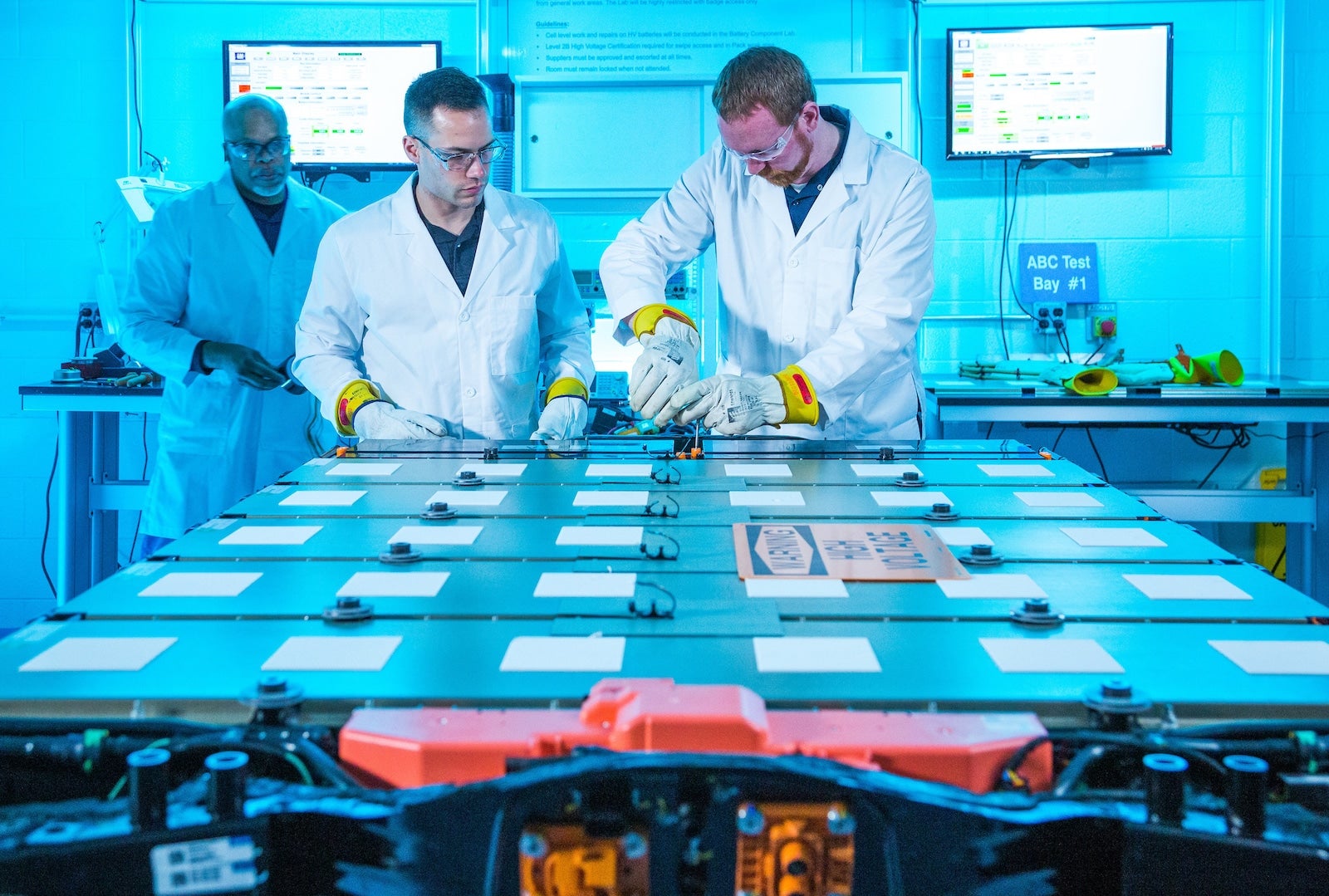 Electric vehicles on track to become cheaper than gas-powered models

Average all-electric vehicles cost about $4,000 more than a comparable gas-powered model, but improvements in battery technology and manufacturing processes could upend that formula over the next five to six years, a panel predicted. of experts at an industry forum on Thursday.

At least that’s where things seemed to be heading before Russia invades Ukraine this week. Perhaps the biggest challenge facing the automotive industry in the transition to battery power is aligning the necessary raw materials, starting with lithium, nickel and cobalt. And the crisis in Europe threatens to skyrocket prices while limiting supplies, panelists warned.

Battery prices have, so far, “fallen faster than we thought,” said Tim Grewe, global director of electrification and battery systems at General Motors, during a virtual panel hosted by WolfeResearch.

When the Chevrolet Bolt EV debuted in 2016, GM revealed that its batteries cost around $145 per kilowatt-hour. That has since declined, Grewe noted, as GM improved the Bolt’s cell chemistry and improved the manufacturing process. Starting with the new GMC Hummer EV, the automaker has migrated to new Ultium battery technology and expects the cost to soon drop to around $100 per kWh. For a compact model like the next Cadillac Lyriq SUVthis will reduce the cost by several thousand dollars.

But that’s just the beginning, predicted Rod Lache, Wolfe’s senior auto analyst and Thursday’s panel moderator. By the middle of the decade, he suggested, prices will continue to drop as much as 70% from what GM was paying for Bolt EV cells.

At $60 to $70 per kilowatt-hour, Lache said, “We may start to see some EV powertrains come down to cost parity” with models using internal combustion engines.

And panelists agreed there will be even more opportunities to cut costs while improving battery range and performance.

Deliver the Next Big Thing

Industry planners are betting big on next-generation solid-state batteries, although Venkat Srinivasan, director of the Center for Energy Storage Science at Argonne National Laboratory, warned there is a lot too soon to be sure the technology will work in mass production – and when it could replace today’s lithium-ion cells. But that doesn’t mean there won’t be great opportunities to improve current state-of-the-art batteries.

Batteries are made up of several essential components, including an electrolyte, a cathode, and an anode. Researchers focus much of their attention on the anode side where lithium ions are stored when a battery is charged. Today, the anodes are made of graphite, but a number of companies are working on alternatives to silicon because they can store much more energy, noted Kurt Kelty, vice president of marketing and products at Sila. The startup, which has been backed to the tune of $100 million by Mercedes-Benz, hopes to get its silicon anodes into car production by 2025.

“And we could accelerate that pretty quickly,” said Kelty, who spent 11 years leading the Tesla battery team.

Sila’s technology is already being tested in small consumer electronics applications, such as watches. He expects that simply replacing graphite anodes with its silicon would produce 20% higher energy density – the amount of energy a battery can store in a given mass. For a factory producing one gigawatt hour of batteries per year, that would increase to 1.2 gW “overnight,” Kelty predicts.

And his fellow panelists agreed that silicon anodes could be one of the key breakthroughs needed to reduce BEV costs. The technology would allow a manufacturer to choose between offering longer range or reducing the size of a battery. This latter approach would in turn reduce vehicle weight and allow an automaker to downsize other components, such as brakes, further reducing costs.

Obtain raw materials in the future

There is another potential benefit. Silicon is available in abundance, unlike graphite which is rarer and mostly imported from China.

A die the biggest challenges automakers will face, in the future, is sourcing key ingredients. But the industry plans to rapidly ramp up BEV production — GM alone expects to produce 1 million all-electric vehicles a year in North America by 2025, including up to 600,000 trucks — that therefore becomes a major challenge.

The Detroit automaker is working with a partner that plans to extract lithium from geothermal sources under California’s Salton Sea. The entire industry is working to reduce the amount of these metals in its batteries. Even then, ensuring a stable supply will be difficult – and the crisis in Ukraine could complement things, especially when it comes to nickel. Russia is the world’s third largest supplier of this metal. Cobalt, meanwhile, comes from other parts of the world where relations with the United States are strained.

One of the things automakers need to do is try to locate reliable sources, said Srinivasan of Argonne Labs, and then lock in long-term commitments. But he also noted that it could be difficult because the demands the auto industry alone will make this decade could exceed current resources. Finding new sources of cobalt and nickel, in particular, will be essential.

In the short term, economic and geopolitical uncertainties should cause headaches for automakers. Commodity prices have generally increased. Cobalt alone has risen from a low of around $42,000 a tonne last June to over $70,000 in the past two months. It has now jumped above $73,000 as Russia advanced in its Ukrainian campaign.

So while the long-term prognosis is for battery prices to drop sharply, Srinivasan said, “2022 appears to be the first year cell prices will rise” in more than a decade.

Go back to the Cleveland auto shows of the early 1990s (video, photos)