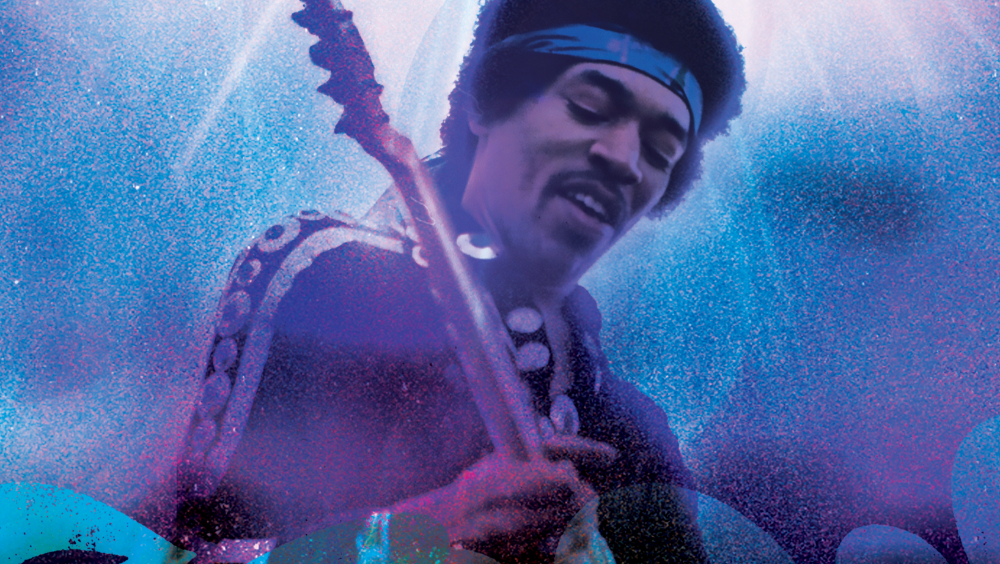 UK based distributor SDC rights acquired the Grammy-nominated feature-length documentary “Music, Money, Madness… Jimi Hendrix Live In Maui.” The 90-minute documentary chronicles the legend of the guitar jimi hendrixof visiting Maui in July 1970 and details how he was ensnared in “Rainbow Bridge,” an ill-fated independent film produced by his manager, Michael Jeffery.

Jeffery secured a $300,000 advance against Hendrix’s promise of a soundtrack album – the first time a film had been funded solely by an album. Jeffery hired Chuck Wein, a former associate of Andy Warhol, to direct. However, without a script or professional actors, the filming turns out to be one of excess. With Hendrix and the Experience already booked to play in Honolulu, Wein, desperate to introduce the band, planned to film them performing on the slope of the dormant Haleakala volcano. The show was a success, but the film less so.

The documentary is produced under the Discover Hendrix label, which is owned and operated by the Hendrix family, and features never-before-seen color footage of the performance mixed in surround sound, as well as new interviews with key players.

Opening in November, Clint Dyer conducts Shakespeare’s ‘Othello’ in the UK National Theaterof the Lyttelton Theatre. The cast includes Giles Terera (“Death of England: Face to Face”) as Othello, Rosy McEwen (“The Alienist”) as Desdemona, and Paul Hilton (“The Inheritance”) as Iago. This rendition of the play follows a bright and headstrong daughter of a senator raised by status but smothered by expectations and a refugee from slavery, who has risen to the top of a white world, discovers that love across racial lines has a cost. Married in secret, Desdemona and Othello yearn for a new life together. But as unseen forces conspire against them, they discover that their future is not theirs to decide.

The set designer is Chloe Lamford, the costume designer is Michael Vale and the lighting designer is Jai Morjaria. Music and sound is by Pete Malkin and Benjamin Grant, movement director is Lucie Pankhurst and fight director is Kev McCurdy. “Othello” will also be released in cinemas around the world in 2023 via National Theater Live.

At the National Theater’s Dorfman Theater from November, Indhu Rubasingham will direct the world premiere of April De Angelis‘ new comedy, ‘Kerry Jackson’. Fay Ripley plays Kerry, owner of a new restaurant in trendy Walthamstow. Wearing his working-class roots as a badge of honor, Kerry navigates local characters in an effort to make the tapas restaurant a success – without getting lost in the process.

Distributer All3Media International named Elin Thomas as senior vice president for French-speaking Europe and promoted sales managers for Europe, the Middle East and Africa Peta Sykes (Scandinavia), Ben Packwood (Eastern and Central Europe) and Jonathan Hughes (Germany, Benelux, Austria and Switzerland) to the vice-presidents of their respective regions. Previously at NENT Studios UK, Thomas has been a consultant on the integration of the company’s titles since the acquisition of its catalog by All3Media in June 2021. Thomas will now join All3Media International in a permanent senior vice president role, taking charge sales in French-speaking Europe of Graham Spencer, senior VP EMEA, who is retiring this month. Report to Stephen Driscoll, Executive Vice President EMEA, and based in the company’s London office, Thomas will also have additional responsibilities for pan-territorial format sales in EMEA. Thomas previously worked for BBC Worldwide and Passion Distribution.

Elsewhere, Red Arrow Studios International has appointed Rose Hughes as Vice President of Sales for the UK, US, Canada, Australia and New Zealand, reporting to President and Managing Director, Tim Gerhartz. . Based in London, Hughes will be responsible for leading Red Arrow’s sales activities in English-speaking territories and will also work closely with Red Arrow’s scripted and unscripted acquisitions teams. Hughes joins the company after a six-year tenure at Keshet International, where she most recently served as Vice President of Sales (Global/Pan-Regional, North America, UK, Nordics).

Great Britain Charity film and television revealed incentives for those taking part in the Looking Glass Survey 2022. The survey, aimed at everyone who works behind the scenes in film, television and film, must be completed by July 18. Everyone who completes the survey and provides their email address, including those who have already done so, will be entered into a raffle to receive one of the following rewards: ‘Edinburgh of this year; a ticket to a future Royal Film Performance; or a Cineworld Unlimited pass.