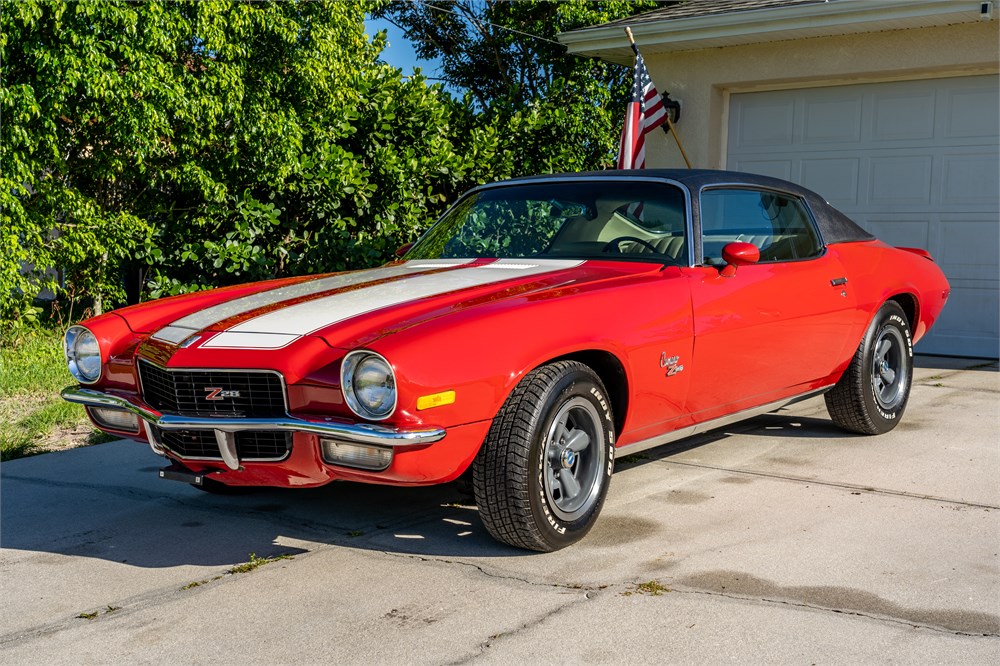 This week I found a trio of pony cars that give you the ability to tickle different parts of your fantasy. Do you like it stock? Want the ability to shape it however you like? Love modern muscle and want a guaranteed future collection? AutoHunter has something for everyone or each of your personalities!

Let’s start with the oldest of the bunch and work our way up from there.

It might not be my favorite, but I think there are plenty of muscle car fans (if not Mustang fans in general) who think the 1969 Mach I SportsRoof (“fastback” for the staff Ford marketing) is their favorite Mustang. The Mustang was redesigned for 1969 and Ford introduced a sporty new model to carry the image torch for the performance package. Although the standard two-barrel 351 Windsor was hardly aimed at performance enthusiasts, things started to get interesting with the four-barrel version of the small block, if not the 390 or 428 Cobra Jet. Additionally, 1969 was the year Ford introduced the functional Shaker hood scoop.

This 1969 Mach I on AutoHunter is painted in Indian Fire, which is one of my favorite colors from Ford’s palette. Not only does this one feature the 428 CJ, but it’s also an R-code, meaning it’s a CJ that includes the Shaker. What’s even better for some is that this Mach I comes with factory air conditioning (look at the Marti Report invoice) so you can cruise around in comfort.

Although listed as a 1970 Camaro, Camaro fussy people will point out that the 1969 Camaro was produced until December 1969, so the late introduction of the redesign would make it a 1970½. This generation has been built for so long that I’m a little jaded, but the truth is that the first of them (and its Firebird sibling) had such great styling.

This one seems to be designed as a half-hearted Z/28 clone, so it has the badging, striping, spoiler, and big tires and wheels that made it one of the main ledges in American performance at the time. . The engine is a 350 of an unspecified vintage, although the automatic transmission is a more modern 700R4 4-speed automatic. As such, this car is practically a blank slate, ripe for someone to latch onto and customize into something more special and drive the living daylights out of it. Air conditioning alert for retirees!

Perhaps the inclusion of a modern Challenger is marginal because although it looks like a pony car, its size is much larger. However, it has the same proportions as the pony car of yesteryear, so it is a pony car.

When the Challenger debuted in 2008, the SRT was the only version, all having a 6.1-liter Hemi with an automatic. If you wanted a stick, you had to wait until 2009. That makes this one on AutoHunter.com quite desirable for those who like to have the first edition, especially since it’s under 3,200 miles and is painted in the signature Hemi Orange of yesteryear. Back in 2009, cars like the Hellcat and Demon were beyond anyone’s imagination, but they owe a debt to the original SRT like this. If you want the first and possibly the best, look no further.