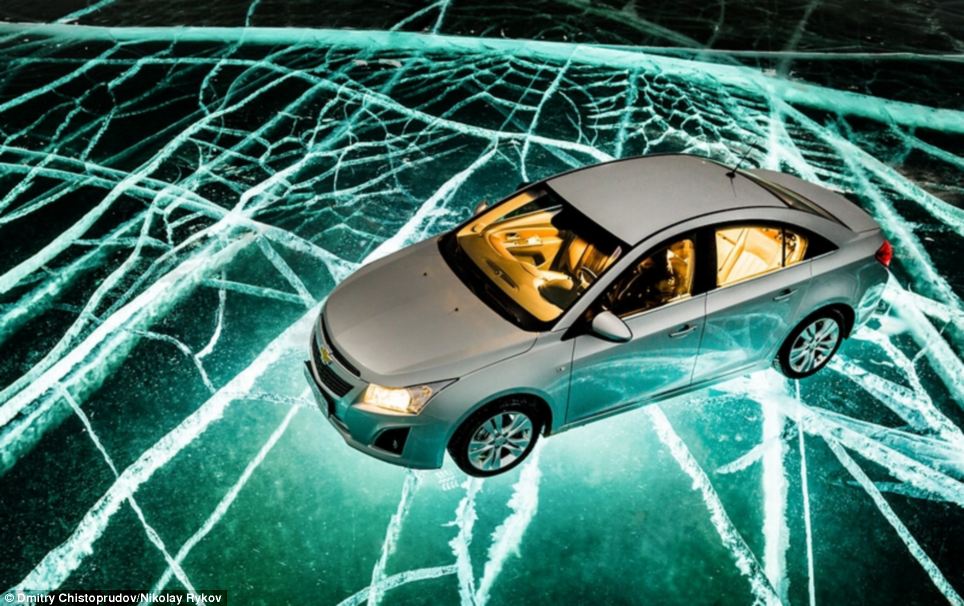 These incredible images were taken on the cracked surface of the world’s deepest lake, cleverly illuminated to make it look like ice is shining under the car.

They were taken at Lake Baikal in Russia, the freshwater lake with the largest volume of water in the world, containing about 20% of the world’s unfrozen surface freshwater and, at 5,387 feet, it is also the deepest.

Photographers Dmitriy Christoprudov and Nikolay Kykov were forced to call for local help to complete filming for US automaker Chevrolet because the ice is a meter thick, reports English Russia.

They wrote on their blog: “We didn’t know if we could light the car through the meter-thick ice. However, we decided to give it a try.

They were forced to borrow an ice drill from a nearby village, but their lights were too big for the hole, so they turned to those with a little local expertise.

“We had to stop the fishermen on the causeway and offer them 500 rubles to widen our hole with their special tool,” they said. 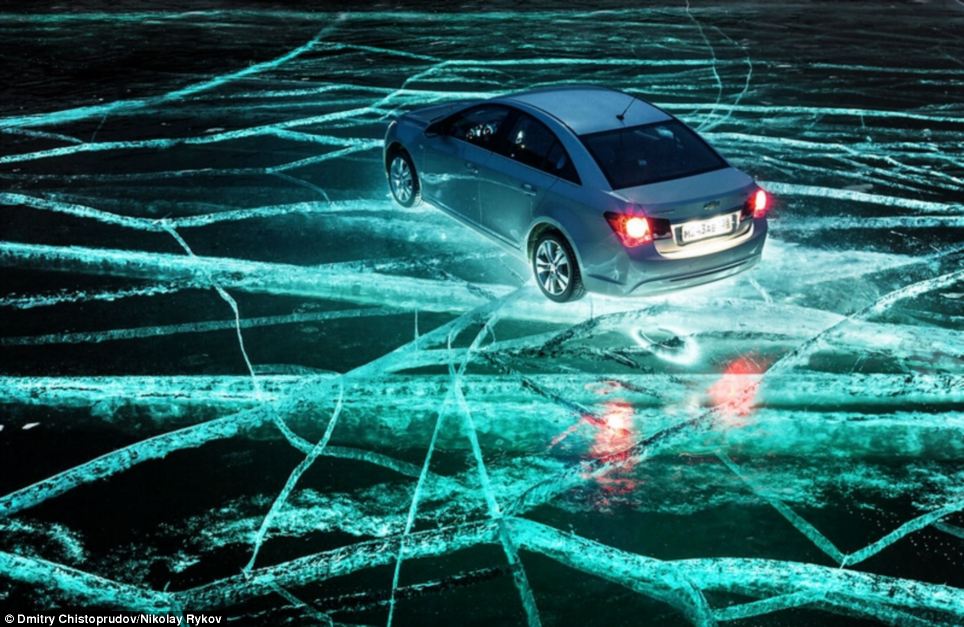 Cooling: The ice is a meter thick and photographers had to pay local fishermen to drill it and place their lights 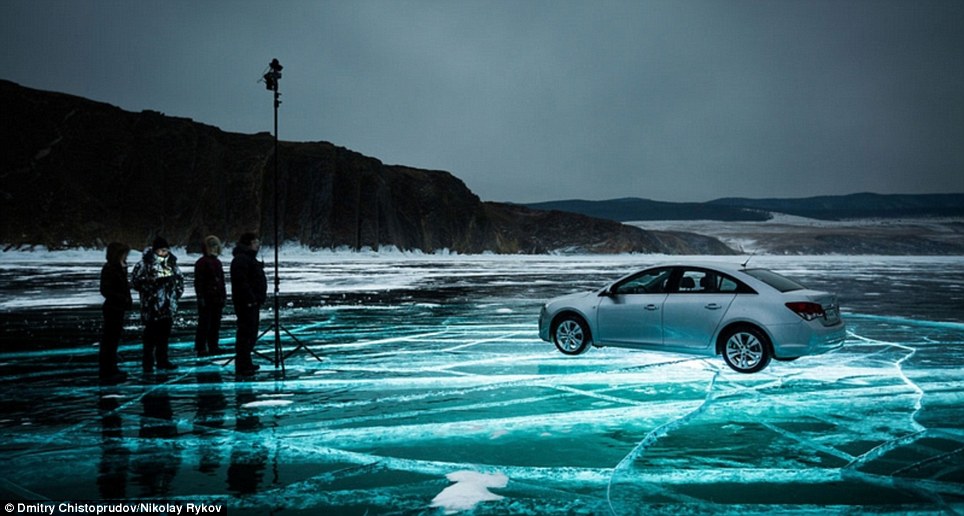 Magical: Photographers and team examine the ethereal effect their work has created 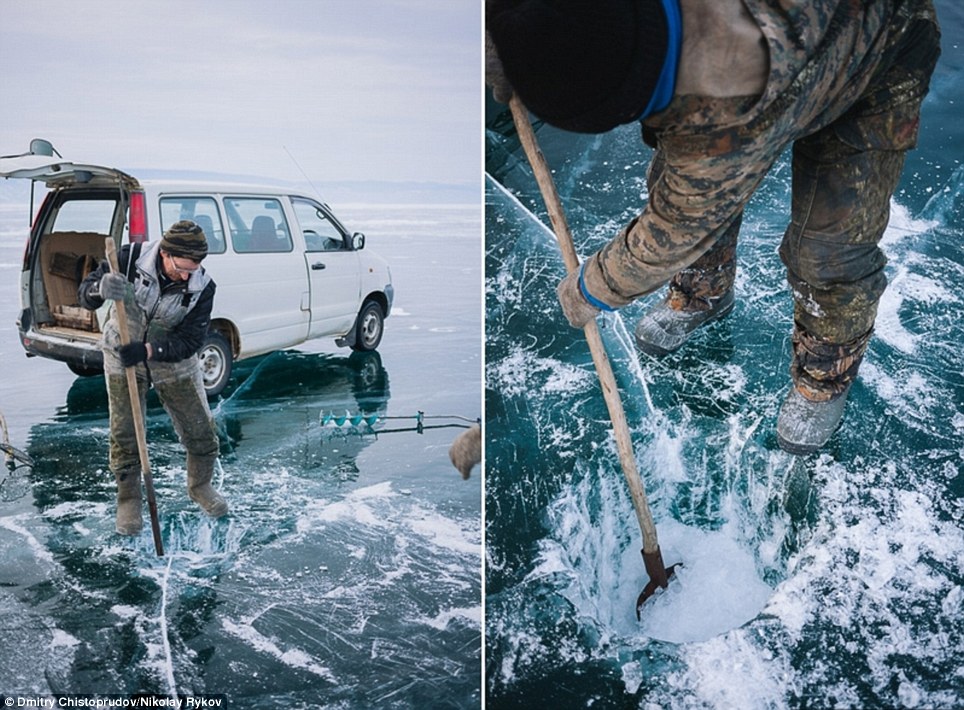 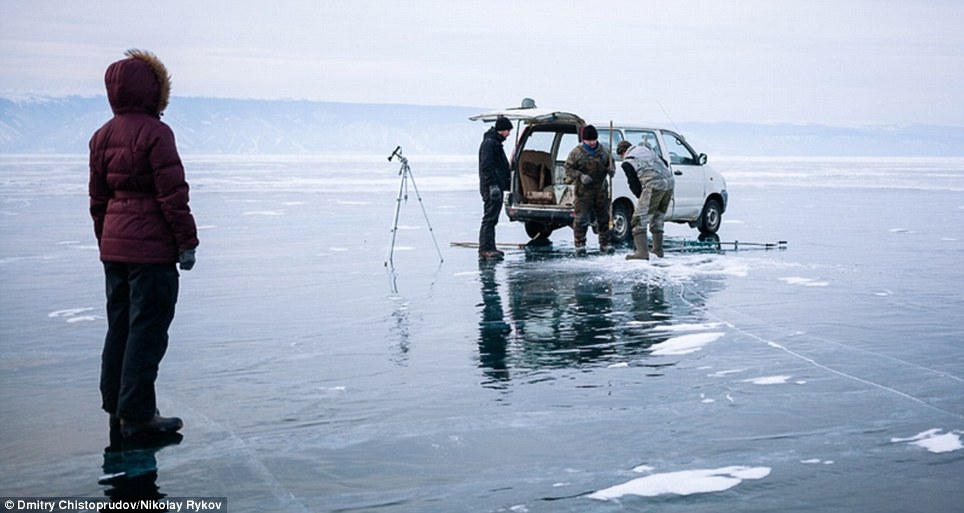 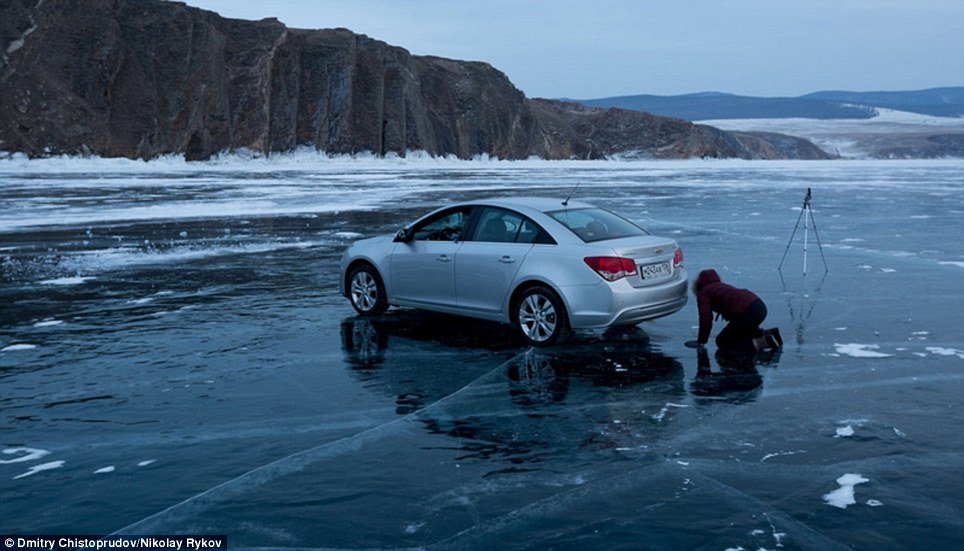 The fishermen’s spiked shoes scratched the surface of the photoshoot area, so the crew had to clean the surface. 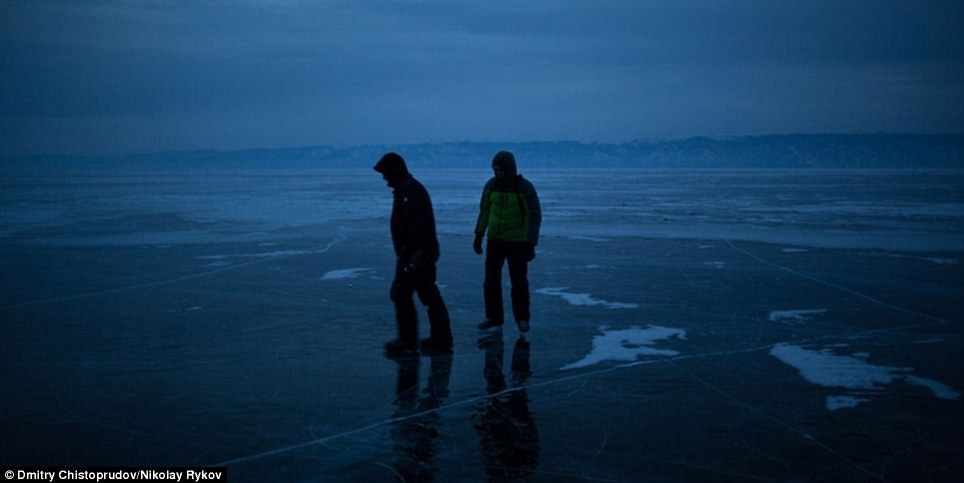 Gloom: Lake Baikal would be the oldest lake in the world at 25 million years