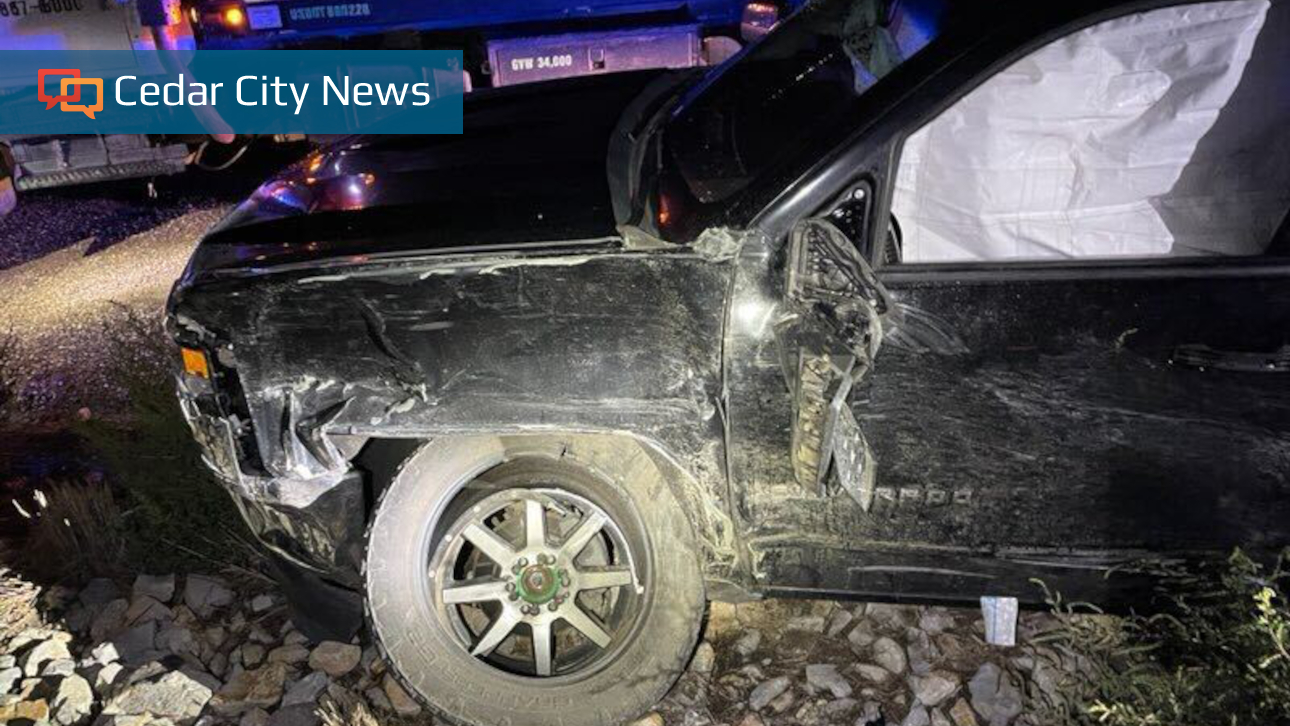 CEDAR TOWN — A pickup truck driver was arrested early Wednesday following a wrong-way collision on an off-ramp from Interstate 15 in Cedar City.

No driver was injured, Mackelprang said.

Mackelprang told Cedar City News that the responding soldier found the driver of the Silverado to be intoxicated and the man was arrested for impaired driving.

Iron County Jail records show Jeffrey Parker was arrested at 3:30 a.m. Wednesday on suspicion of driving under the influence of alcohol or drugs, having an open container of alcohol in a vehicle and driving the wrong way on a one-way road.

Traffic was impacted for about 15 minutes while the scene was clear, Mackelprang added. The Silverado sustained extensive front and driver side damage and had to be towed.

Several hours later and just over a mile west, UHP soldiers also responded to a collision between two cars at the intersection of Lund Highway (3100 West) and State Route 56.

Mackelprang said around 7:30 a.m. a second crash occurred involving a Honda passenger car and an SUV.

The driver of the Honda was reportedly turning left on a green turn arrow at 3100 West on eastbound SR-56 when he was struck by the SUV, which was heading west.

“The SUV ran the red light and collided with the Honda Civic,” Mackelprang said, adding that the SUV driver received a citation for not stopping at the red light.

“Very minor” injuries were reported and no one was taken to hospital, Mackelprang added.

This report is based on statements from court documents and law enforcement officials and may not contain the full conclusions. Those arrested or charged are presumed innocent until found guilty by a court or until a trier of fact decides otherwise.

Jeff Richards, a Salt Lake City native with family roots in Panguitch, lived in Moab for 20 years before joining St. George News in 2017. Jeff is a longtime reporter and high school teacher. He and his wife Penny are the parents of five daughters. They also have two young grandsons. Jeff and his family enjoy swimming, camping, sightseeing, reading and taking photos.