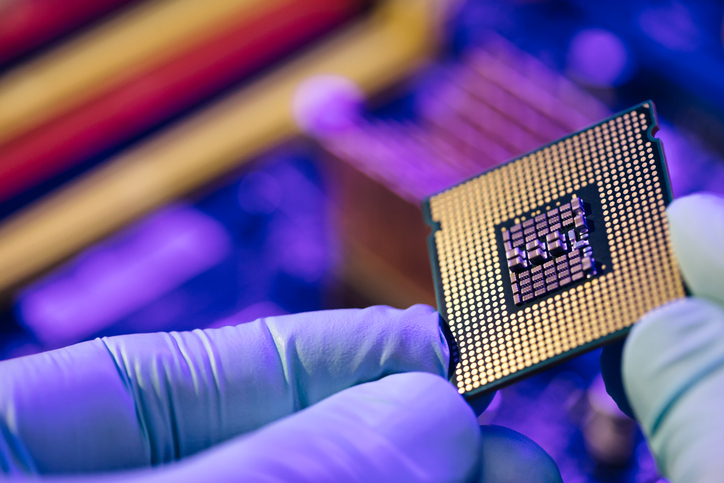 As of July 4, some Equinox and Terrain vehicles are built without rear cross-traffic alert or lane change alert with side blind spot alert, an OEM spokesperson said.

Changes to affected vehicles will be reflected on the build record (invoice) and window tag, the spokesperson told Repairer Driven News.

According to GM, the affected vehicles are built with all the necessary hardware for each function, except for the microprocessor to make the functions operational.

The OEM has approved an upgrade process, and once parts are available, customers will be able to visit their dealerships to activate each of these features.

For repairers, the only way to be certain ADAS features have been installed is to scan with an OEM tool, Chris Chesney, vice president of training and development for Repairify, told Repairer Driven News.

“The scenario where some ADAS systems are not installed due to chip shortages is becoming more prevalent,” Chesney said. “When repairing these vehicles after a collision, the only reliable way to verify the presence of an ADAS system that needs to be calibrated is to perform an OEM Pre-Repair Diagnostic or Pre-Calibration Scan.

“Especially on newer vehicles affected by the chip shortage, only an OEM diagnostic pre-scan will provide the level of communication required to identify ADAS modules that are functional and in need of calibration. Many aftermarket scan tools only recognize not the response of some ADAS modules,” he said.

“I could think of certain situations where certain manufacturers are going to deliver cars without certain options today, but then they’re like, ‘OK, that’s something I owe you later,'” Gredinberg said. “The scenario could be, how does a repairman know if something is missing or not?

“I personally haven’t come across anything from an estimating standpoint that would directly affect it other than checking everything on the vehicle, whether it’s part numbers and the actual component of the car versus to what the system may suggest…. Ask the dealer to always check the part number or the part you order with the vehicle specific VIN to make sure it is applicable or not.

Semiconductor delivery times fell by one day in June, although lead times – the time between ordering a chip and delivering it – remained at 27 weeks, Bloomberg reported Wednesday. The measure was also 27 weeks in April.

The report was based on research conducted by Susquehanna Financial Group.

“There are signs of easing supply chain inflation and slowing price increases, but other pockets remain,” Susquehanna analyst Chris Rolland said in a research note on Wednesday. . “Of the major companies we track, NONE posted record LTs, perhaps another sign of a ‘peak cycle’.”

According research published in 2019 by GM and the University of Michigan, the two affected ADAS features have a significant effect on reducing crashes. Rear Cross Traffic Alert, when paired with the Rear View Camera and Rear Park Assist, reduced reversing collisions by 52%, while Lane Change Alert with Alert side blind spot reduced lane change accidents by 26%.

Shortage of chips could mean more search for parts for repairers

Featured Image: An engineer is holding a microprocessor. (Mykola Pokhodjay/iStock)

You are much more likely to buy an electric vehicle if you have already taken a ride in one.