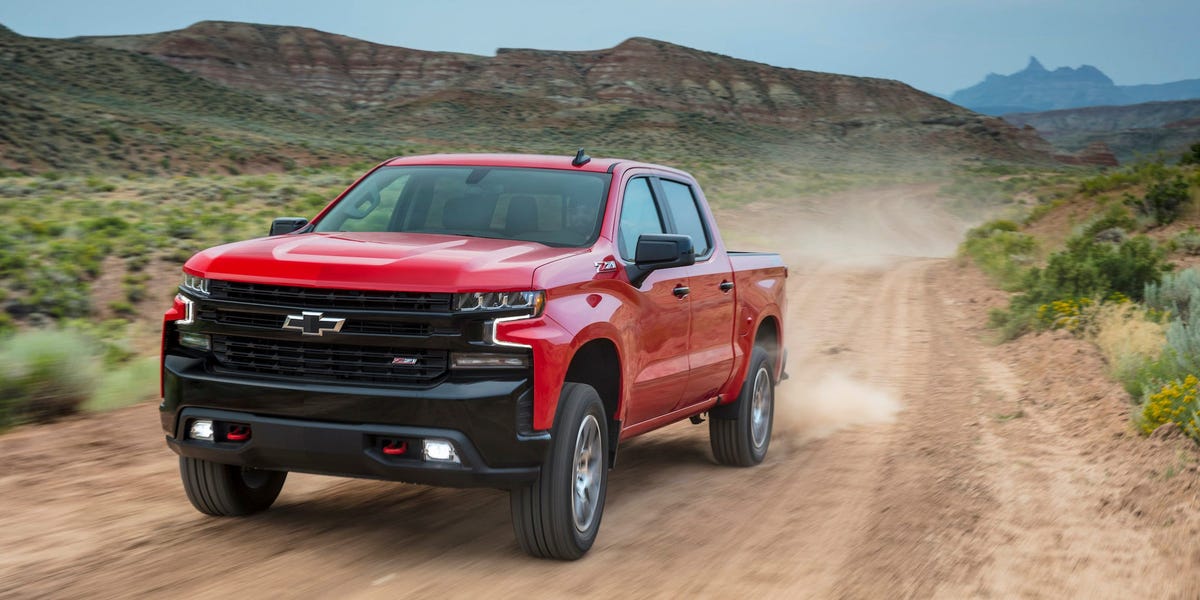 Chevrolet just gave a new car to a Texas teenager whose truck was overturned and spun into a tornado in a viral video.

On Monday, a tornado in Elgin, Texas, flipped 16-year-old Riley Leon’s truck onto its side, spun it 360 degrees, then put it back on its feet.

Leon is seen driving off after the scary incident in a now viral clip, but his car was still badly dented, scratched and damaged.

The truck ended up being totaled, according to a GoFundMe set up by a staff member at his school.

Along with Fort Worth dealer Bruce Lowrie Chevrolet, the company is gifting Riley a red 2022 Silverado 1500 LT All Star Edition.

“We are grateful that Riley is safe, commend her driving skills in a scary situation, and our hearts go out to the other families in Texas who have been impacted by these storms,” ​​the post read.

Leon received the truck on Saturday, along with a check for $15,000 to cover other expenses stemming from the incident. The dealership also said Chevy Cares will donate $50,000 to the American Red Cross Disaster Relief Fund to help recovery efforts in Texas after a series of recent tornadoes.

Leon was on his way home from interviewing for a job at a Whataburger when he was caught up in the tornado.

“I actually called my friend. I was like, ‘I got the job!'” Leon told KXAS. “Everything was fine.”

He said the tornado hit “out of nowhere”.

“It just happened fast,” he continued. “Honestly, I didn’t know what to do, grab the steering wheel or start praying.”

Riley did not go to the hospital after the incident because his family does not have health insurance, he told Austin news station KTBC.

He has since started experiencing “body aches and severe back pain” and has a broken back, according to the GoFundMe, which has raised more than $37,000 for his medical bills. He will be treated by a doctor and his family are waiting to see if he will need back surgery and therapy in the future.

At least 25 tornadoes hit Texas on Monday, two of which could have damaged about 1,000 homes, according to CNN. The storm system then began to move east Tuesday, with tornadoes hitting Louisiana and Mississippi and tornado watches taking effect across much of Alabama and part of the Florida Panhandle.

Is Cadillac considering a self-driving motorhome?