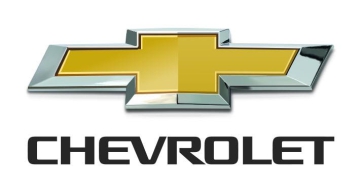 “Our #1 AdventHealth Chevy was either tight or loose all day. It really was a fine line. We never really settled into a great race. Our best run was second to last, with our second best run being our last run. We put the chips where they needed to go at the very end, but all day it was just a handful.

YOU ENTERED THIS RACE WITH SEVEN FINISHES OUTSIDE OF THE TOP-10. WHAT IS THE RANGE TO GET A TOP-1O FOR YOU GUYS IN THE PLAYOFFS?

“We all gave a high-five. It feels good. It’s been a tough few months here. There were times today where I thought we were going to run 14th and I thought we were going to keep it that way. We had a very good day on pit road. Our #1 Pit Team is just amazing. We cycled back there and were able to stay hooked up between #48 (Alex Bowman) and #5 (Kyle Larson). We were running with the guys we’re supposed to run with; and we ended up around the guys we’re supposed to end up with. It was a great day for our #1 AdventHealth Chevy team.

“We just battled the balance on our #3 Camaro ZL1 Get Bioethanol all day. The same thing we battled all year, really. We had high hopes because we qualified pretty decently. I’m proud of our guys, we fought hard, we stood in it and we have a chance at Bristol (Motor Speedway).

YOU ARE BELOW THE CUT LINE, BUT WITHIN STRIKE DISTANCE. DO YOU FEEL YOU CAN PASS ON THE NEXT ROUND?

“Yeah sure. Bristol is going to be wild and anything can happen. We’ve given ourselves a good shot. No one knows what to expect when we get there, but it’s a long race. If you’re there at the end of the day, you have a good chance of succeeding.

IT LOOKED LIKE ONE OF THOSE DAYS WHEN YOU GUYS JUST CAN’T GET THE HANDLE OF THE CAR.

“It was a bit like that. For raises, I just didn’t have a good balance; but I didn’t do a good job on reboots either. I think I only had two good ones. Gave up a lot of stage points at the start because of this. Even when I thought I was in the right line, I was tight. There, at the end, I finally managed a good restart and was able to place third. It was really loose; I tried to go second and really got sidelined.

After the green flag stop I felt good but I was just a little tight and couldn’t gain enough ground in the traffic to make a move and had to settle for eighth. Disappointed with that. I thought we had the chance to finish a lot better, but we’re going to move on to Bristol.

“The right rear tire blew out like we did a few times. At Fontana (Auto Club Speedway), I was able to save him. But here it broke at the worst possible point and we just killed the wall. He broke his control arm in the front right, so our day was over. We leave here with few points, so we will have to fight at Bristol (Motor Speedway).

“Probably just a bad lane choice. I don’t think we were good enough to win. Bubba (Wallace) was really good, congratulations to him and his team. It’s a big victory for him and a deserved victory too.

We just had a bad restart there and lost a lot of places. Our car wasn’t really driving any different than it was earlier in the race when we were out front. You just lose a bit of momentum, start going the other way and sometimes it’s hard to bounce back from that”

“As far as we started, we definitely had a really good rally. I just appreciate the adjustments and pit stops from everyone on the #24 Liberty University Chevrolet team. At the start, I thought if it was a long race we would have been overtaken. But we improved our car so much in the middle of the race. Towards the end it was really hard to know what we needed to be better.

I’m happy with the finish and grateful for the effort. It looks like we have over 48 points ahead of Bristol, which is a tough track. It’s been two good weeks in a row. We just need to put three weeks together and we’ll move on.

“Definitely not the day we were looking for at Kansas Speedway with our FOCUSfactor Chevy. We were in practice yesterday and made some adjustments to help today, but we never got a good handle on our Chevy. day too tight adjusted to then be too loose I had contact with a few other cars racing three way on the second leg and then the handling was never where it needed to be I don’t know if we broke something when we made contact but struggled for the rest of the run.We’ll go back to the store, look at everything and refocus on Bristol next week.

“Today was very inconsistent. It was a long day. At times we were OK and at other times we weren’t good. We had a few situations there on the road pits and then we had a tire failure. We had a hectic day. But for a day like this and to finish in the top 10, I’m pretty happy. We have work to do. We’re not not where we need to be. Sometimes I felt like we were a top-five car; and sometimes we were a 20th-place car. You have to be a bit more consistent. We don’t really understand why it was so inconsistent, but we’ll find some answers and move on to Bristol.

· For the second time this season, Tyler Reddick and the #8 Guaranteed Rate Camaro ZL1 led the field to the green from pole position in Sunday’s Hollywood Casino 400 at Kansas Speedway. Reddick led Team Chevy to five top-10 starting spots in Race 2 of the NCS Playoff Round of 16.

· From the third starting spot, Alex Bowman powered his #48 Ally Camaro ZL1 into the lead on lap three, continuing to pace the field until the competition warning on lap 25. Bowman gave up the lead to go down the pit road for a four tire and pit stop.

· Running in second at the competition warning, Reddick exited pit road ahead, with the #8 Guaranteed Rate Camaro ZL1 taking the lead on the restart.

· While at the top of the standings, Reddick blew a right rear tire, forcing the #8 Camaro ZL1 into the wall to bring out the warning on lap 67. Suffering too much damage to continue, Reddick brought his car to the garage to end his day.

· Under caution, crew chief Justin Alexander brought Austin Dillon and the #3 Get Bioethanol Camaro ZL1 onto pit road for a two-tire stop, with Dillon moving up 17 pit road spots to exit first from the pit road.

· The conclusion of the first stage saw four Camaro ZL1s in the top 10, led by Ricky Stenhouse Jr. in fourth after starting the race at the back of the field due to repairs made following contact with a wall during yesterday’s practice session.

· Running in second, Ricky Stenhouse Jr. blew a right rear tire, coming into contact with the wall to bring out the warning on lap 109. The #47 SunnyD Camaro ZL1 team was able to make repairs to replace the link toe and put Stenhouse Jr. back in competition.

· Following a warning on lap 137, the leaders took their cars to pit road for a series of pit stops. First on pit road; No. 48 Ally Camaro ZL1 crew chief Greg Ives called for a four-tire stoppage for Bowman, with the team also winning the race out of the pits for a front-row restart position.

Notes on the final stage / after the race:

· Chevrolet drivers took five of the top 10 spots at Kansas, led by Alex Bowman and the No. 48 Ally Camaro ZL1 team in fourth.

MOVING FORWARD in the playoffs: Analyzing the field after Kansas