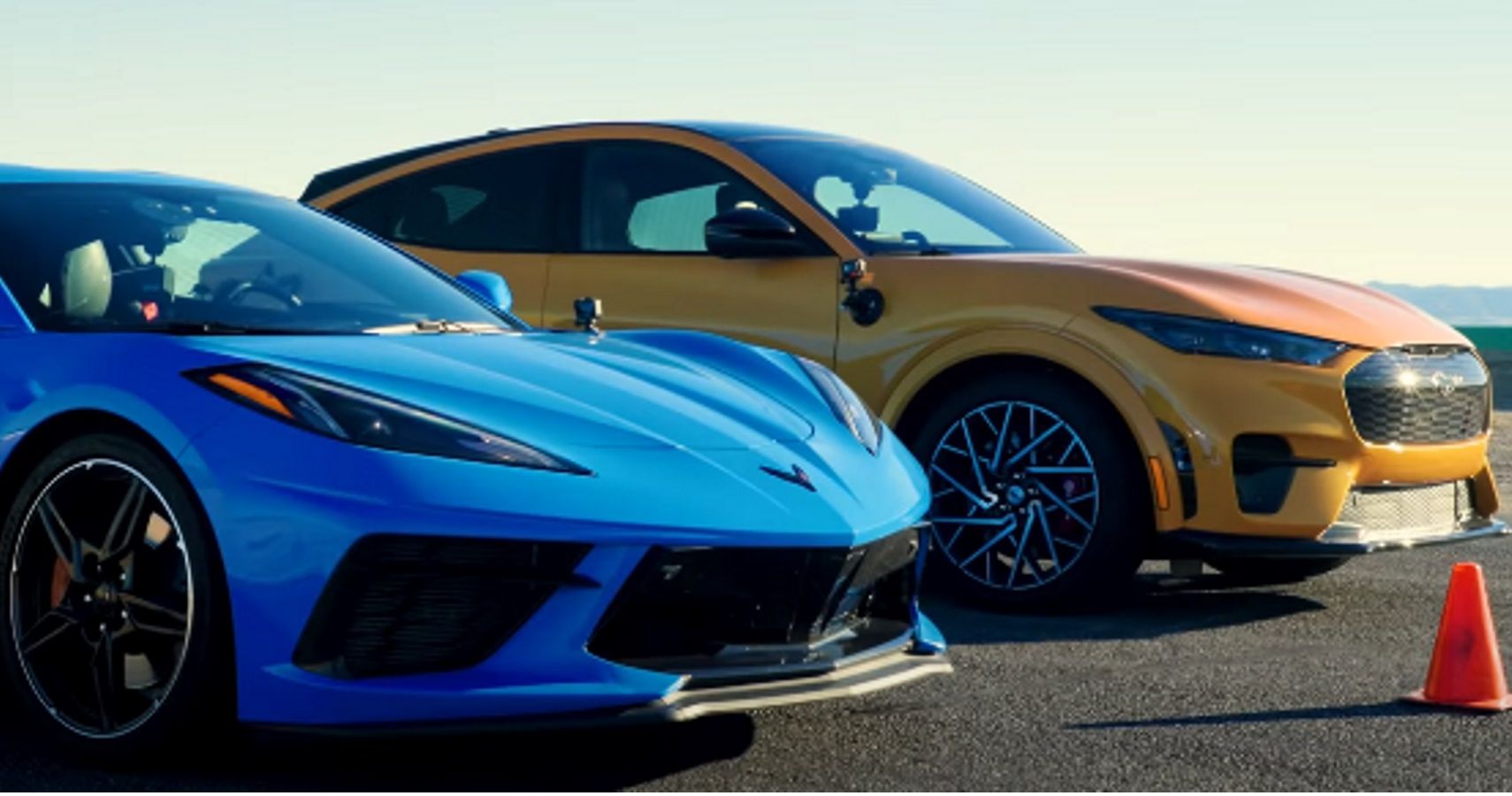 Edmunds sees how a Corvette C8 compares to the all-electric Mustang Mach-E in his latest YouTube drag racing video. When you see Tesla run over many exotic cars on a regular basis, can the same happen with a Ford EV? It’s an interesting comparison, as the Vette represents America’s newest sports car, while the Mustang (in GT trim) is considered the last electrified performance crossover.

Close, but no cigar

In a series of races, viewers see Mach-E take advantage of that instantaneous acceleration typical of many electric vehicles. So at the start of every test it often seems like the Ford has things in the bag. But, as each race progresses, it’s clear that the superiority of the Corvette‘s conventional powertrain and mid-engine placement has its advantages. And that’s why the Mustang Mach-E makes a noble effort to follow, but ultimately takes second place every time. Even Ford’s all-wheel drive system couldn’t help.

But it is the weight of each vehicle that may explain the results. The Corvette weighs in at a relatively svelte 3,649 pounds, while the Mach-E hits the scale at 4,997 pounds. Yet besides the three-quarters-ton difference, something else can hold the Ford back.

Perhaps the most important thing about this showdown is that Ford is limiting the Mach-E’s full-power access to five seconds. The car manufacturer imposes this limitation in order to preserve autonomy and power. But, this restriction severely limits what the Mach-E can do on the track.

This is an issue that Edmunds and teslarati.com raised when the Ford was tested against the Tesla Model Y in November. â€œWhy create a performance-driven Mach-E that can only deliver full power for 5 consecutive seconds? Edmunds tweeted.

At the end of the video, the presenters ask which of the $ 60,000 in vehicles they would choose. But this claim is not entirely correct, as these vehicles cost more. And that ignores the real prices in today’s car buying environment.

In addition to the 495 horsepower of the tested Corvette, it also produces a respectable 470 lb-ft of torque. This slight increase in horsepower (from base horsepower of 490 horsepower and 465 lb-ft of torque) comes from the addition of the exhaust system upgrade to $ 1,200 or the Z51 performance package to $ 6,300, according to Chevrolet. Considering that Chevrolet promises a 0-60 second time of less than three seconds with the Z51 pack, we can assume that the extra ponies come from the exhaust upgrade. So, without any other options (other than the upgraded exhaust), this Vette would cost around $ 63,400.

The differences with the Mustang Mach-E are even more significant. While the base Mach-E delivers 266 horsepower and 317 lb-ft of torque, the folks at the Edmunds have wisely upgraded in hopes of putting on a fair fight. But, choosing the Mach-E GT with the all-wheel-drive Performance Edition upgrade (for 480 horsepower and 634 lb-ft of torque) means shell out an additional $ 6,000 (on top of the price of the GT variant) for better results. That’s a $ 68,000 Ford (with no other options).

So, comparing the two, it’s obvious that practicality comes at a price, both in terms of dollars and performance.

How ‘Scream 2’ used media, violence and metalanguage in the service of Ghostface – Designer Women