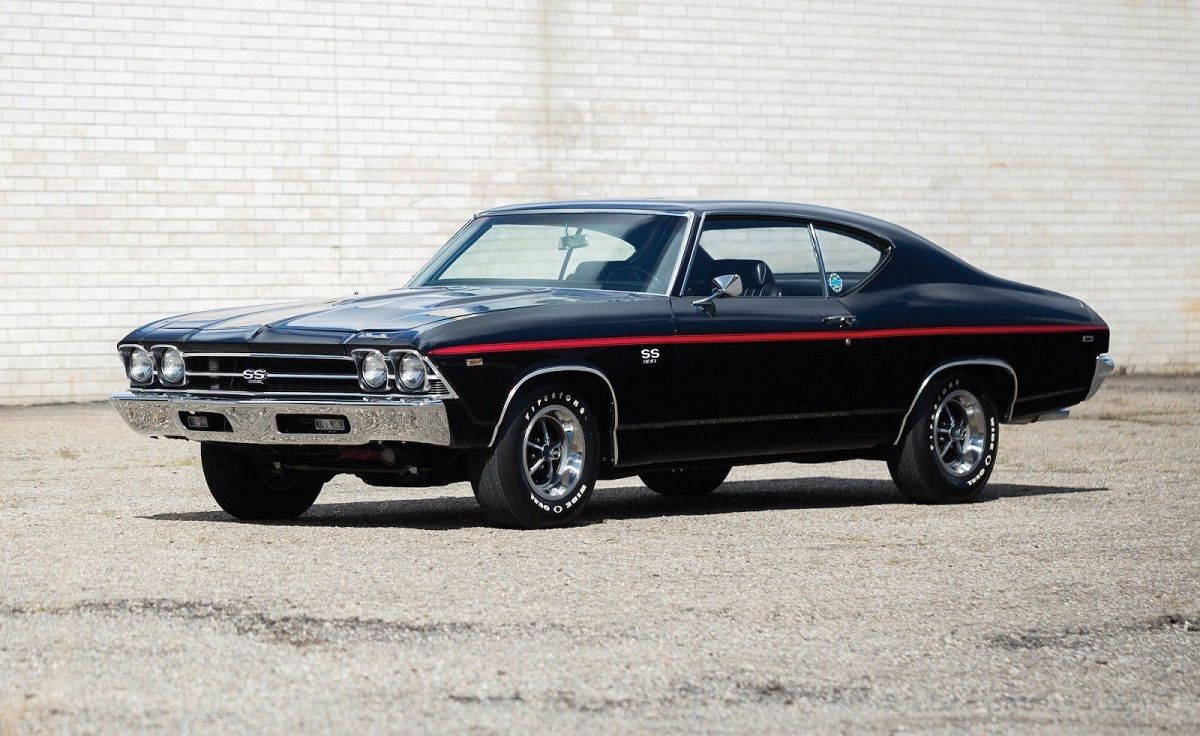 Back to the 1969 Chevrolet Chevelle SS

The 1960s was the decade that propelled muscle cars to the forefront of the automotive industry, and there’s no denying that the 1969 Chevy The Chevelle SS was one of the most impressive muscle cars of that era.

Introduced as part of Chevrolet’s intermediate lineup from 1967 to 1972, the Chevelle SS was built with performance in mind. With an intimidating front end and high performance suspension.

The 1969 Chevrolet Chevelle SS was able to go from 0 to 60 mph in just six seconds and continued accelerating to 100 mph in just 16 seconds.

The History of the 1969 Chevrolet Chevelle SS

It’s hard to believe that almost 50 years ago American automaker Chevrolet launched its Super Sport series. It was also very surprising when it was discontinued after only a few years.

However, those who were lucky enough to get their hands on one back then have an incredible classic sports car in their possession today. The Chevy SS line consisted of four different models, but each had its own unique personality and engine variations. It wasn’t just a small update to its predecessor; instead it had a new front grille, side stripes and rear spoilers. It was also more expensive than its predecessor due to the various additional options available. It wasn’t much faster than its counterpart, but it had better handling.

The ’69 Chevelle SS Edition: If you’re thinking of a vehicle that aims to be sporty and fast with aggressive styling to match its strong character, then you’ve got Chevrolet’s ’69 Chevelle Edition ss in mind. It was one of those cars that made people stop when they saw it coming. Some things remained unchanged, while others were new additions to make everything even better, including the bumpers and taillights.

RELATED: Here’s What We Like About the 1970 Chevrolet Chevelle SS

When you see a 69 Chevelle, what do you see? Do you see curvy lines, wide wings, smooth panels and elegant curves? Or do you mean raw power, torque to burn and mind-blowing speed? Whatever your first impression, one thing is certain: Chevy has designed one of its best.

Front to back, side to side – even top to bottom – it’s beautiful. Inside and out, there’s no mistaking a Chevelle for anything else. It is truly one of a kind. And that uniqueness can be felt from almost every angle imaginable. It’s hard to say whether that bold body or those curves are more eye-catching. No matter which you prefer, it’s hard to deny that either option is gorgeous. Or, when you put them together? Yeah, it’s almost perfect.

A V8 might not seem like a big deal today, but back in 1969 it was a powerful choice for car buyers. It made 325 horsepower and 450 lb-ft of torque with a six-barrel carburetor (both carburetors even made 425 horsepower).

With that kind of power on tap, you’d think gas would leak out of your wallet every time you went to fill up. But fear not: it got 18 mpg in city driving and 28 mpg on the highway. And when it came time to fill up, it only cost $2.19 a gallon — so those refilling jaunts weren’t a huge drain on your bank account (about $9 at today’s prices) .

More importantly, its combination of power and efficiency makes for excellent acceleration, especially if you select Sport mode via an included dash switch. As with any muscle car worth its salt, there was more than one engine choice for drivers looking for something extra special; some might even run on regular or premium fuel.

It’s one of those cars with a long and convoluted history, so we’ll try to keep it as simple as possible. In 1967, GM unveiled its new intermediates with, above all, larger V8 engines. The all-new Chevelle was now available in two body styles: two-door coupes and four-door sedans. As you can imagine, both models were available with multiple powertrains; here are all.

The base engine was still a 230 cubic-inch straight-six with a two-barrel carburetor, developing 195 horsepower and 255 lb-ft. torque; not big numbers, especially compared to what GM had just released. Meanwhile, V8 engines were now available in three displacements: 265 (4-barrel), 283 (2-barrel) and 327 cubic inches (4-barrel). Power ranged from 195 horsepower to 325 horsepower. It should be noted that all three V8s had a compression ratio of 10.5-1, which is quite high for a street engine of that era.

The option we’re looking at today was offered on both body styles: it was a 350-hp, 396-cubic-inch engine. V8 with four-barrel carburetor, generating 375 lb-ft of torque; not too shabby if you ask us! Only 1,499 units were built with this specific configuration, so they are quite rare these days.

If the Lamborghini Countach everyone loves is so bad, why is it legendary?

Clarisa is a freelance writer who entered the automotive world at the worst time in her life. After being in an accident caused by things she couldn’t control, Clarisa searched for answers that welcomed her into the world of cars. As an avid reader and with the excitement of knowing more, she found herself behind the wheel of sports cars and one thing led to another and from there a gearhead was born